Full moon within a day of solstice 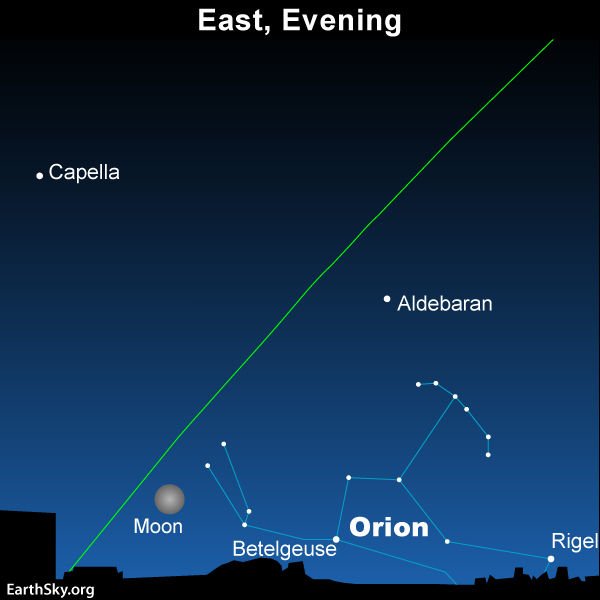 On December 22, the moon will appear skirting near the upraised Club of the easy-to-spot constellation Orion the Hunter, as shown on the chart at the top of this post.

The last time the December solstice and full moon happened less than a day apart was in 2010, and the next time will be 2029. 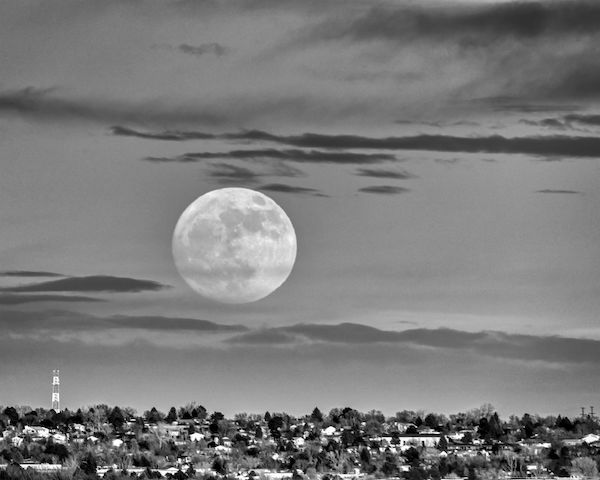 In North America, we call the December full moon the Long Night Moon, Cold Moon or Moon Before Yule. In the Southern Hemisphere, where it’s summer now, names for this full moon include Strawberry Moon, Honey Moon and Rose Moon. Read more: What are the full moon names?

2018’s December full moon counts as the third-closest – and thereby the third-largest – of this year’s 13 full moons. But there’s some disagreement as to whether this full moon is a supermoon.

The moon appears full to the eye for two to three nights. However, astronomers regard the moon as full at a precisely defined instant: when the moon is exactly 180 degrees opposite the sun (in ecliptic longitude).

Want to know the full moon time for your sky? Click here and be sure to check the Moon phases box. 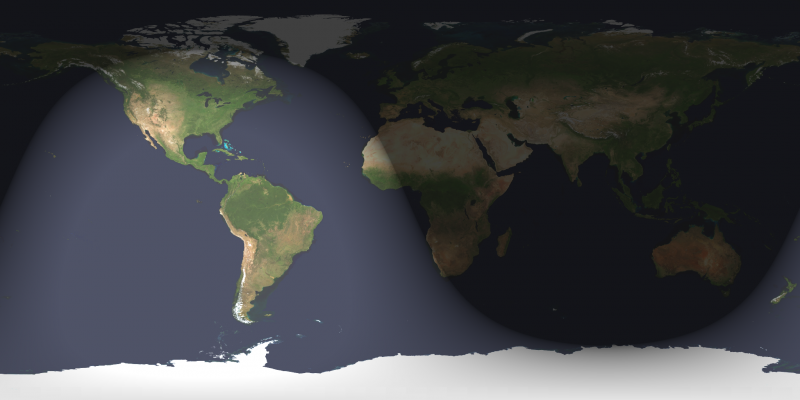 Day and night sides of Earth at the instant of the December full moon (December 22, 2018, at 17:49 UTC). The shadow line at left (running through North America and the Pacific Ocean) represents sunrise on December 22. The shadow line at right (running through Africa) depicts sunset December 22. And the shadow line at the lower right (between Australia and New Zealand) shows you where it’s sunrise on December 23. For the most part, you need to be on the nighttime of the world to see the moon at the instant that it turns full. But we’ll all see a full – or nearly full – moon in our sky on the nights around the 2018 December solstice (December 21). Image via the U.S. Naval observatory.

But no matter. Look for the moon to light up the eastern sky around dusk or nightfall on December 22. It’ll climb highest up for the night around midnight and to sit low in the west at daybreak.

As seen from the Northern Hemisphere, the December full moon mimics the lofty path of the June summer solstice sun. That’s because the sun is so far south right now, and because, at the vicinity of full moon, the moon rises and sets pretty much opposite the sun. Therefore, this December 2018 full moon rises and sets far north of due east and west, much as the sun does on the June solstice.

If you live as far north as Barrow, Alaska, you’d see no sun at all around the December solstice. But this solstice full moon will be out all hours around the clock – play-acting as the midnight sun of summer.

As seen from the Southern Hemisphere, meanwhile, this same December full moon follows the low path of the June winter solstice sun.

Want to find out the sunrise/sunset and moonrise/moonset times for your sky? Click here and remember to check on the Moonrise and moonset box.

This December 2018 full moon won’t pass through the Earth’s dark shadow, but next month’s January 2019 supermoon will feature a total eclipse of the moon. 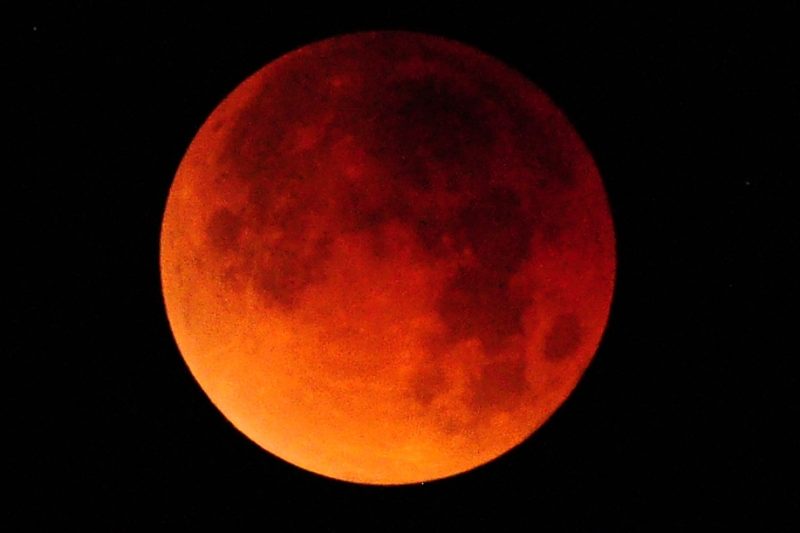 Bottom line: Full moon comes on December 22, 2018, one day after the solstice. The last time the December solstice and full moon happened less than one day apart was in 2010, and the next time will be 2029.