Jupiter, Saturn, moon on June 6-8, plus a word about the daytime moon 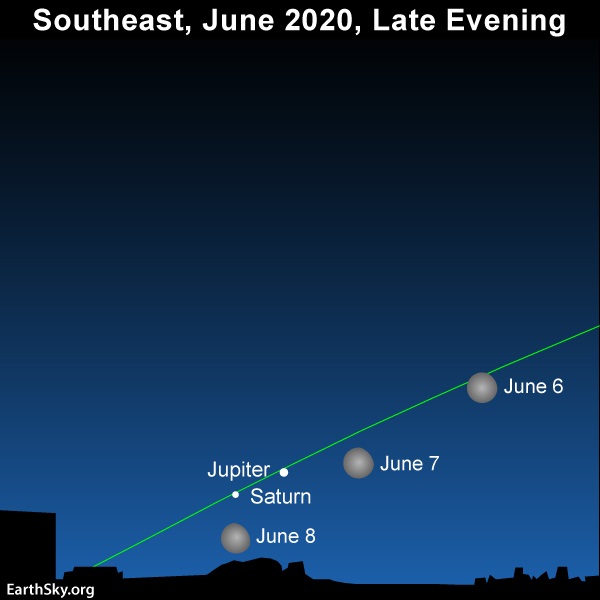 If you stay up late on the nights of June 6, 7 and 8, 2020, you can glimpse the moon with the bright planets Jupiter and Saturn, ascending in the east. Or see them before daybreak.

Among all the wonderful planet-viewing we’re having in 2020, Jupiter and Saturn hold their own, excitement-wise, by being near one another on the sky’s dome throughout this year. By 2020’s end, they’ll undergo a once-in-20-years great conjunction. This month, and for some months to come, Saturn will closely follow Jupiter westward across the sky. Watch for them in June from mid-to-late evening until dawn. Although Saturn is easily as bright as a 1st-magnitude star, the ringed planet pales next the the king planet Jupiter, which outshines Saturn by some 15 times.

Try Stellarium-Web for your specific view

After Jupiter and Saturn fade at sunup, look for a daytime moon to remain. No matter where you are on Earth, look generally westward after sunrise to see the moon in a blue daytime sky, assuming your sky is clear. 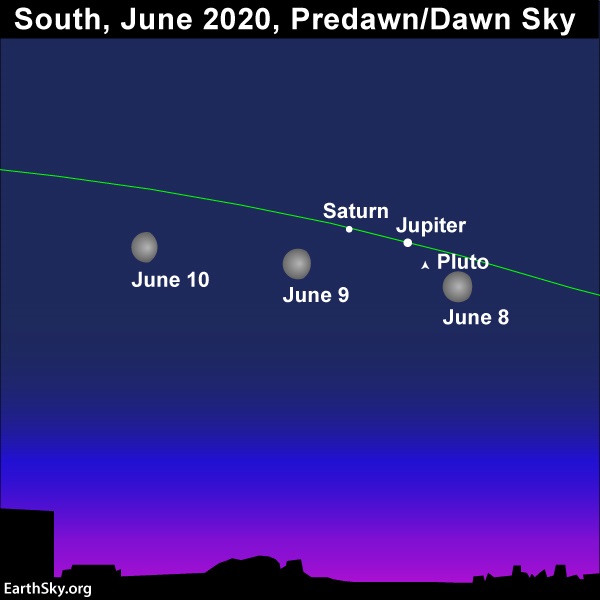 Are you an early riser? Then enjoy seeing the moon, Jupiter and Saturn higher up in the predawn/dawn sky. Although not visible, we show the dwarf planet Pluto because it’s close to Jupiter on the sky’s dome thruoghout the year 2020. Read more.

Why can you see the moon in the daytime now? The full moon – and partial penumbral eclipse – happened on the night of June 5-6, 2020, for the world’s Eastern Hemisphere. In the days after full moon, the moon is officially in a waning gibbous phase, rising in the east after nightfall and setting in a westward direction shortly after sunrise.

If you look for the moon at the same time every morning, you’ll see this week’s waning moon appearing higher and higher in the western sky each early morning, for several days. To understand why, think about where the sun is in early morning. A full moon is opposite the sun, in the west when the sun is in the east. Except now it’s after full moon. The moon is moving in its orbit around Earth – moving toward the east, as it always does – drawing closer and closer to the Earth-sun line.

By June 13, 2020, the moon will be at the last quarter phase – rising around midnight, southward around dawn. Then the moon will turn new on June 21, 2020, to showcase an annular eclipse of the sun. Two weeks after that, there will be a third eclipse – another penumbral eclipse of the moon – on the night of July 4-5. We won’t have three eclipses in one eclipse season again until the year 2029. 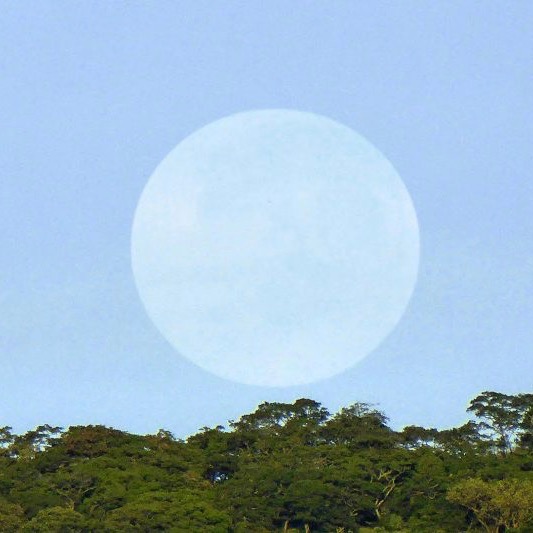 It still looks almost full, but the moon was just slightly past full. And so it was a waning gibbous moon that Peter Lowenstein caught on the morning of January 13, 2017, in Mutare, Zimbabwe. 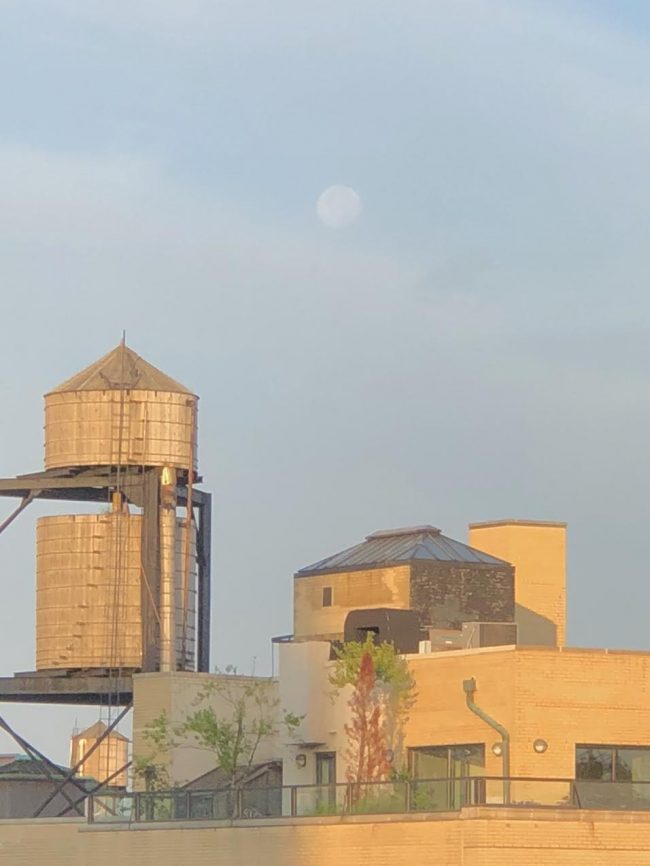 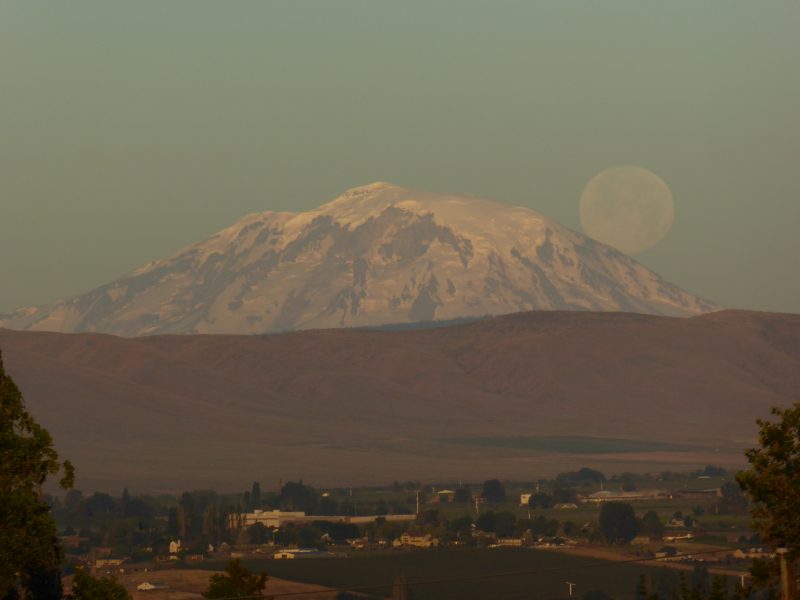 Here’s another July daytime moon – from the year 2017 – from Jeff Hagan in Yakima, Washington. He wrote: “I woke up early and stepped onto the deck at our house in Yakima to check the weather. I was just in time to watch the full moon set over Mt. Adams, a 12,300-foot glaciated volcano in the Cascade Mountains. The moon appeared to be rolling down the north ridge of the mountain.”

Bottom line: If you stay up late on the nights of June 6, 7 and 8, 2020, you can glimpse the moon with the bright planets Jupiter and Saturn, ascending in the east. Or see them before daybreak.