Alex was the earliest hurricane in the North Atlantic since 1938 and the fourth January hurricane in 150 years of record-keeping. 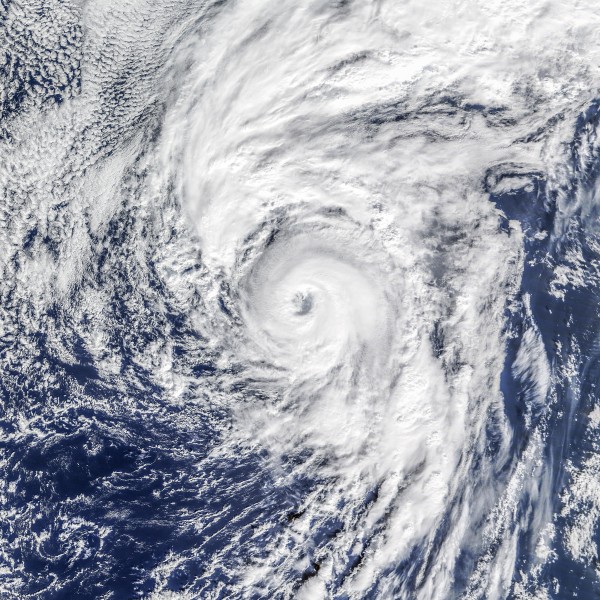 Hurricanes need warm water to form, and that’s why the North Atlantic’s hurricane season begins on June 1 each year and runs through late November. But on January 14, 2016, a tropical depression in the eastern Atlantic evolved into a hurricane, which was given the first name on 2016’s list of hurricane names: Alex.

NASA Earth Observatory ran this image of Alex as its image of the day on January 15. NASA’s Terra satellite had acquired the image the day before, when the storm was about 500 miles (800 km) south of the Azores. NASA said:

Just days after Hurricane Pali became the earliest Central Pacific hurricane on record, the Atlantic basin spun up its own unusual storm …

Alex is not just unusual for being a hurricane in the dead of winter; it is also unusual as just the second storm on record to form so far north and east in the Atlantic (north of 30 degrees North latitude, east of 30 degrees West longitude).

The map below shows the track of Alex relative to the tracks of all reported storms in NOAA’s record from 1842 to 2015: 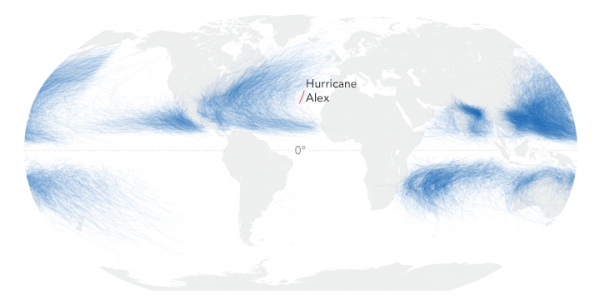 View larger. | Alex was also unusual for being the second storm on record to form so far north and east in the Atlantic. Image via NASA Earth Observatory.

A NASA meteorologist said a a low-pressure trough in the upper atmosphere caused cool air relative to the water below, which created a convective instability that ultimately spawned a hurricane.