2016 has been a bad year for wildfires in the forests of eastern Russia, too. 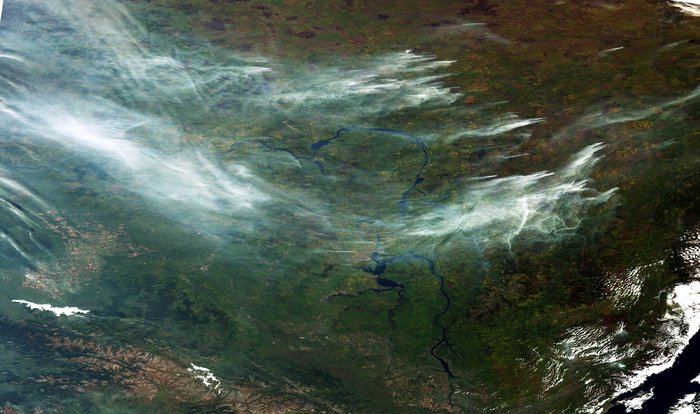 Wildfires happen every summer, but the especially warm northern summer of 2016 has been particularly bad for wildfires (as was 2015). As months-long wildfires still burn in California, the boreal forests of eastern Russia are burning, too, with numerous blazes since July, according to the European Space Agency (ESA). This image is from ESA’s Copernicus Sentinel-3A satellite, taken September 14. It shows smoke billowing from a string of fires northwest of Lake Baikal in Siberia. These huge smoke plumes stretch over 1,600 miles (2,000 kilometers), nearly half the distance across the contiguous U.S. (from Florida to Washington is 2,802 miles, or 4,500 km). ESA said:

It is thought that drier conditions associated with warmer weather – this June being the hottest on record – have contributed to the unusually large number of fires.

Bottom line: Satellite photo of smoke across Siberia, from the 2016 wildfire season.