We’ve landed on a comet!

New images from the Philae lander are expected on Thursday, November 14. In the meantime, despite challenges … a cause for celebration for all humanity. 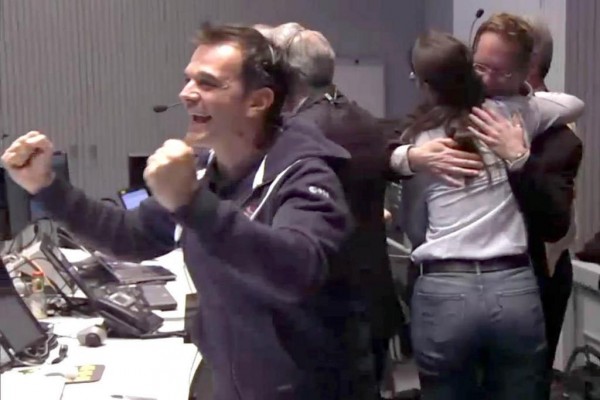 We’ve landed on a comet! Image via ESA

We love this photo from yesterday’s historic landing of the Philae probe on the surface of Comet 67P/Churyumov-Gerasimenko. It’s the first-ever soft landing on a comet, and it’s a tremendous achievement. News of the touchdown came after a night of uncertainty following the lander’s separation from its mothership, the Rosetta spacecraft. Scientists looked tired, but obviously relieved and very excited when Philae signaled it was in operation on the comet’s surface. We only hope these scientists caught a few winks yesterday, before plunging in again to work with stability issues and other issues from Philae on the comet’s surface.

Congratulations to ESA and all connected with this great mission!

As Philae detached from its mothership, an eerie comet song 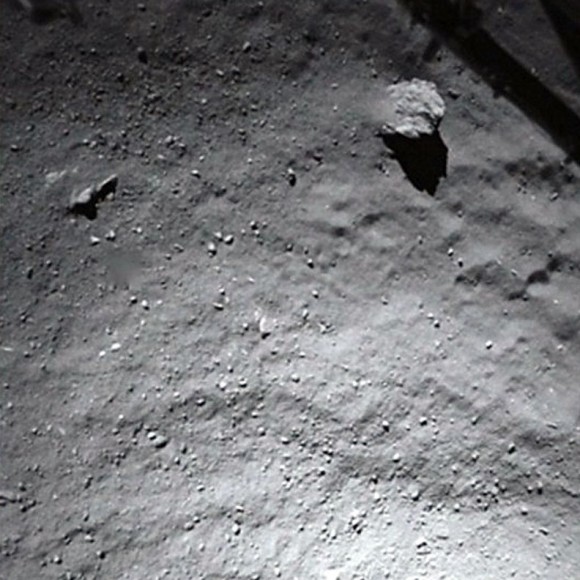 The Philae lander acquired this image while on approach to its comet on Wednesday, November 12. Image via ESA