A sundog – a piece of a larger halo around the sun or moon – is caused by tiny ice crystals in the upper air. 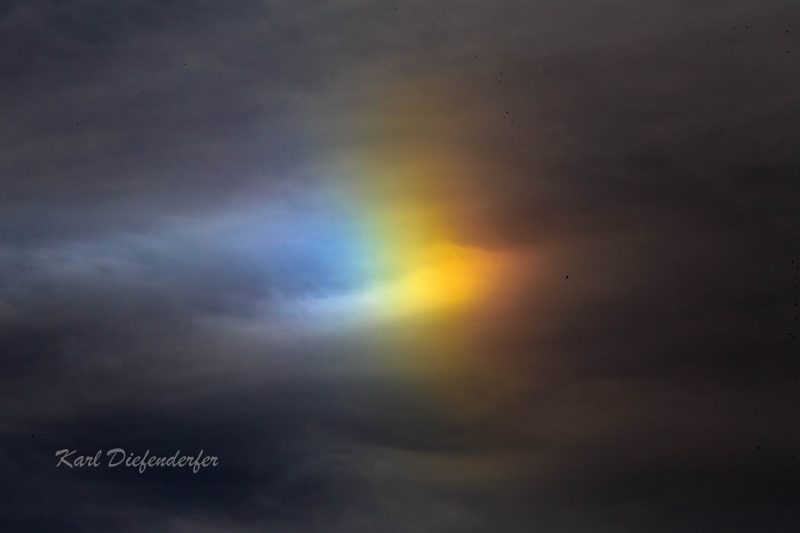 Karl Diefenderfer captured this sundog on March 6, 2017, in the skies over Philadelphia, Pennsylvania. It’s what’s called a sundog, really a piece of a larger halo, called a 22-degree halo, although the entire halo might not have been visible to Karl. Sometimes only the sundogs are visible. If you do see the entire halo, notice that the sundog is red-colored towards the sun, sometimes with greens and blues beyond, as in Karl’s photo.

Les Cowley, who lives in the UK and creates the great website Atmospheric Optics, publishes many photos of halos created by the sun and moon. He has this to say about them on his page about Frequent Halos:

Halos appear in our skies far more often than do rainbows. They can be seen on average twice a week in Europe and parts of the United States. The 22-degree radius circular halo and sundogs (parhelia) are the most frequent. 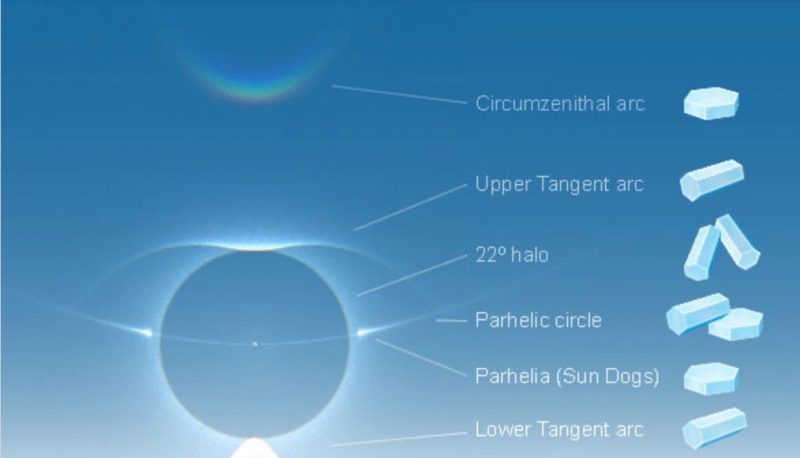 In this HaloSim3 simulation, the sun is surrounded by a 22-degree halo and flanked by sundogs. Passing through the sundogs and extending beyond them is the parhelic circle. It sometimes encircles the whole sky at the same altitude as the sun. Upper and lower tangent arcs touch the 22-degree halo directly above and below the sun. A circumzenithal arc is high above all. The ice crystals pictured are those forming each particular halo. Image and caption via Les Cowley at Atmospheric Optics.

By the way, after we first published Karl’s photo (top of this post), we received a second, very beautiful sundog photo from Eliot Herman in Tucson. It’s below. Enjoy! 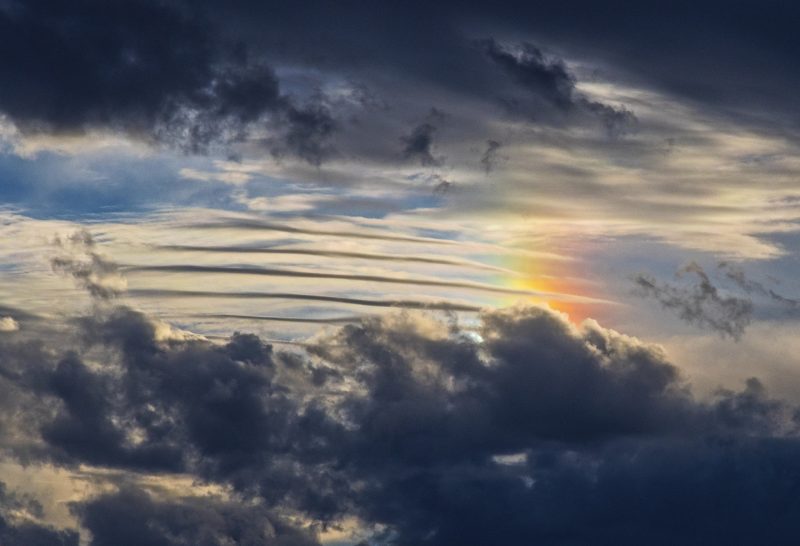