Venus at sunrise from ISS

From the International Space Station, NASA astronaut Christina Koch snapped this image of the planet Venus at sunrise on May 31. 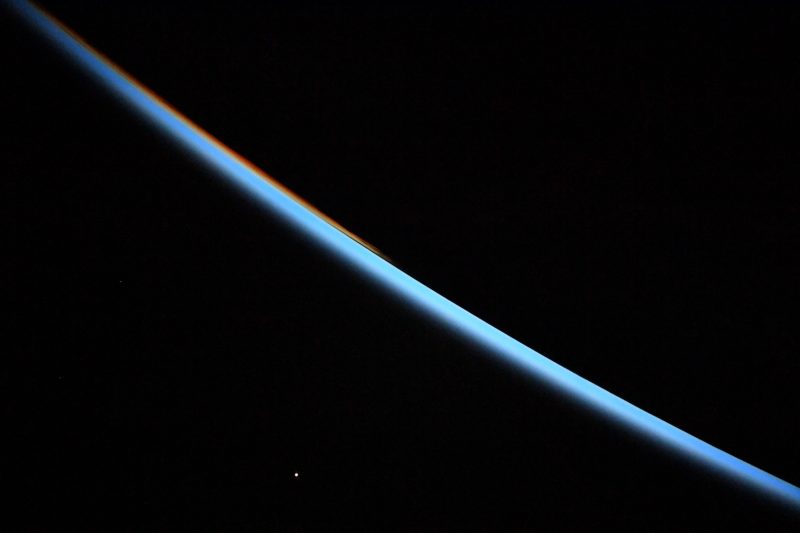 View larger. | Venus – brightest planet visible in Earth’s sky – is the little dot in the lower center-left of this image by astronaut Christina Koch. The blue line is Earth’s atmosphere, appearing to shimmer from the vantage point of the orbiting space station.

From the International Space Station (ISS), NASA astronaut Christina Koch snapped and posted this image of the planet Venus at sunrise on May 31, 2019.

From Earth at this same time, Venus could be seen in the morning sky, in the east before sunup. It’s still in Earth’s morning sky, getting close to the sunrise, not easy to see anymore, especially from Earth’s Northern Hemisphere (it’s a bit easier to see from the southern part of Earth). Venus will be lost in the sun’s glare for all of us sometime around early July. It’ll pass behind the sun at superior conjunction on August 14. We’ll see Venus next in the evening sky sometime in September.

Bottom line: Photo of Venus at sunrise on May 31, 2019, taken by an astronaut aboard the ISS.