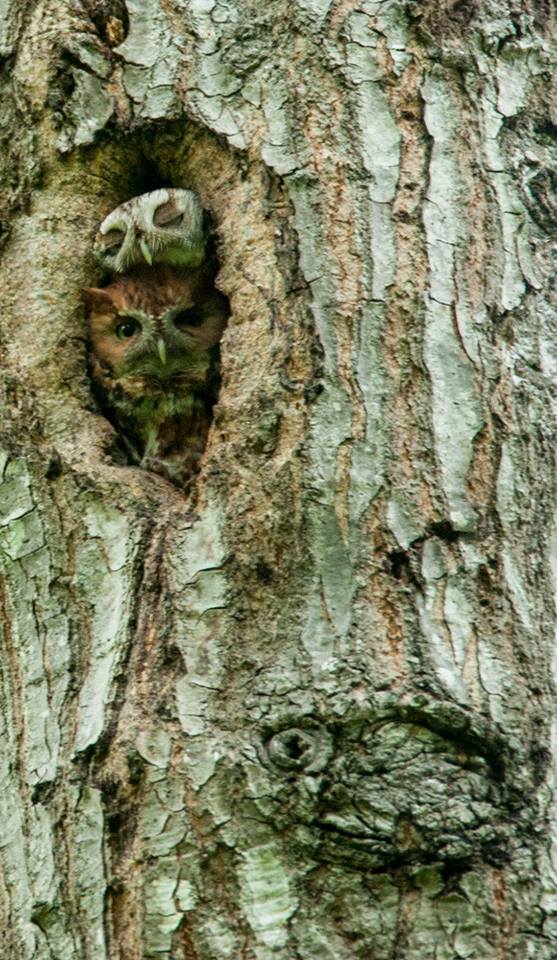 Janet Furlong in Culpeper, Virginia captured this image of two screech owls on May 15, 2015.

A friend, Janet Furlong, posted this photo to EarthSky Facebook. Isn’t it sweet? When we passed the image along on Facebook last week, many noticed that the bark on tree in the lower right also looks like an owl. Seeing recognizable objects or patterns in otherwise random or unrelated objects or patterns is called pareidolia. Read about pareidolia, here.

Thank you for a touching and interesting photo, Janet!