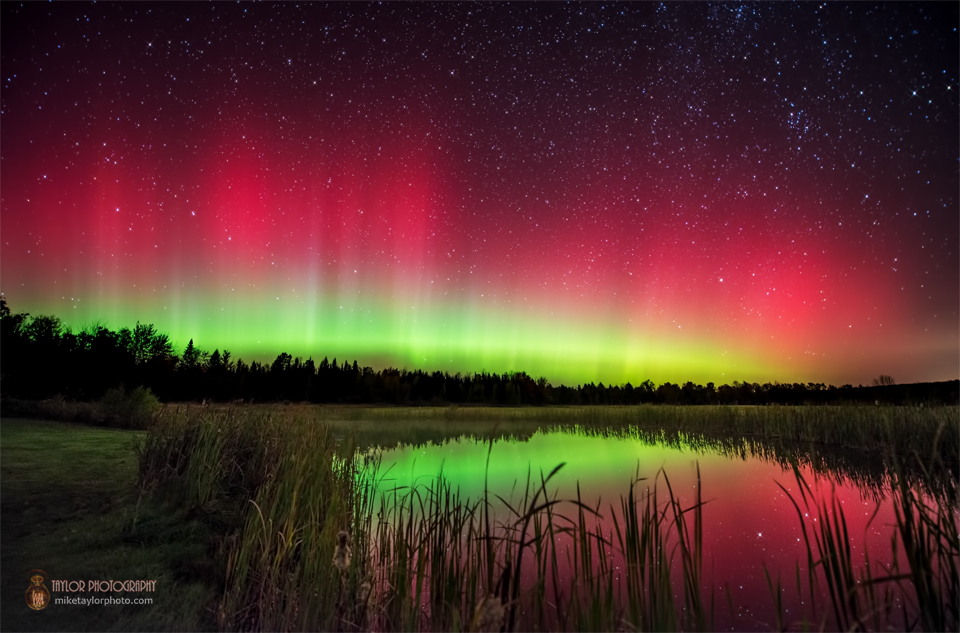 We got three wonderful photos of the same aurora, from two different states and three different photographers. The first image, above, is from Maine, and the bottom two are from Vermont. This is the aurora of October 8, 2013, which showed a lot of the color red! It must have been beautiful. Thanks to all who submitted.

The northern lights put on quite a show this evening, although it was relatively quick. I have never seen such strong spikes or a visible oval like I did tonight. This is one frame from a 40-minute time lapse I set up next to this small pond. 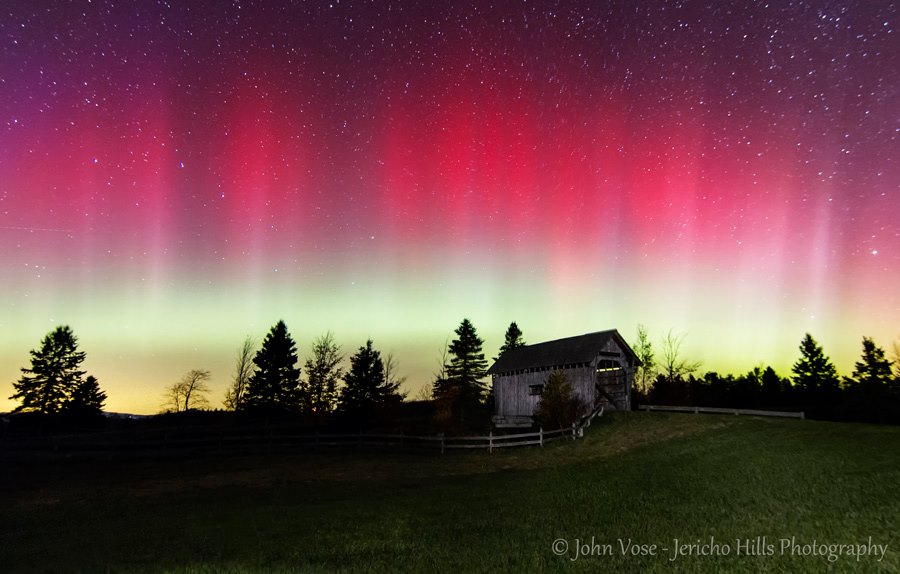 John Vose of Jericho Hills Photography captured the October 8 aurora from Cabot, Vermont. He also wrote that the northern lights on October 8 put on “quite a show” …

… although it was a short one. They peaked between 8:40 and 9:15 last night, when it appeared someone was shooting spot lights of color into the northern sky. Once again, the reds were amazing.

Thanks for looking and please feel free to share! 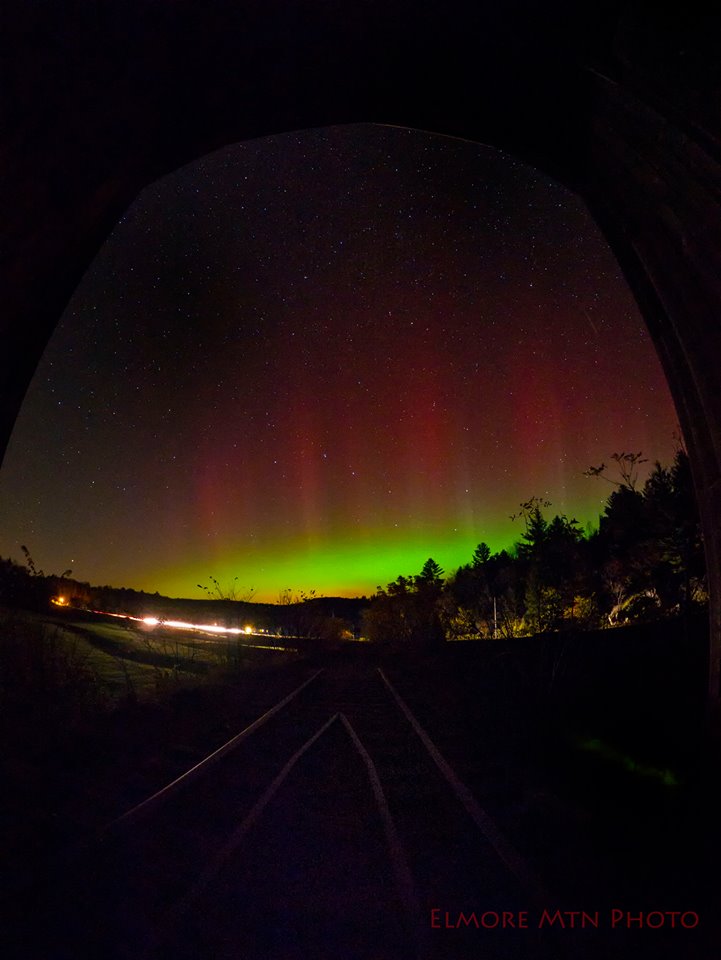 View larger. | Elmore Mountain Photography captured the October 8 aurora, too, as seen from Wolcott, Vermont. This shot was taken from inside a covered bridge. Visit Elmore Mtn Photography’s page.

Northern lights from inside the Fisher covered bridge in Wolcott, Vermont. Thank you for having a look!

Thank you all for sharing your photos!