The moon is past full now, but it’ll look full by Saturday night in North America. The moon will be closest to Earth Sunday morning at 3:37 a.m. (8:27 UTC). 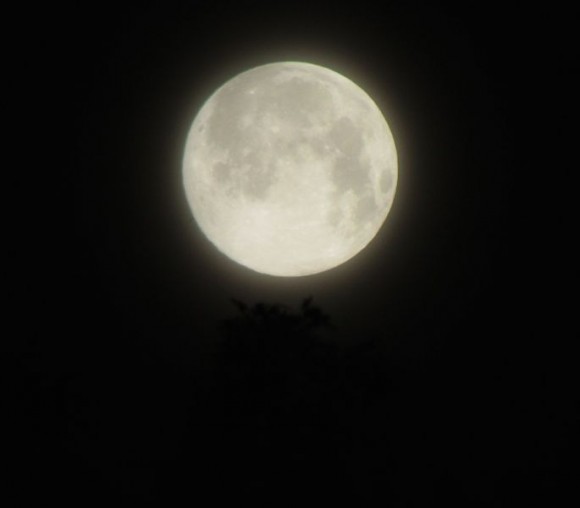 Moon early in the morning on July 12, 2014, a few hours before the crest of its full phase. Photo by Spencer Mann.

It was overcast tonight in Minnesota, but the clouds cleared up enough that I could see the full moon a few hours before opposition. The cloud layer created an interesting glow around the moon that isn’t apparent on clear nights. Luckily, the mosquitoes were too busy biting me to occupy the intervening space between the camera lens and the moon.

Thank you, Spencer, and thanks to all who posted your wonderful supermoon photos at EarthSky Facebook.