As of Friday morning, Inciweb was reporting 1,709 acres burned. A Red Flag Warning has been extended to today due to a Santa Ana wind event. 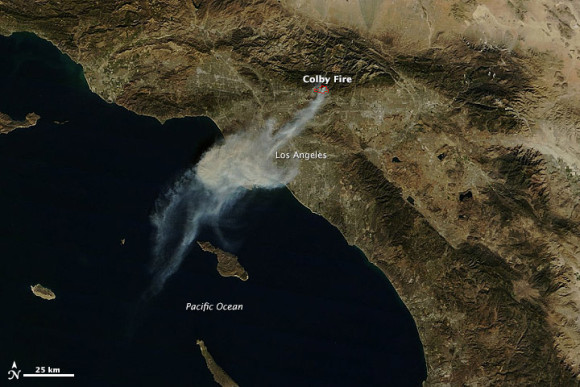 NASA’s Terra satellite captured this image of the Colby fire just before noon on January 16. Image via NASA Earth Observatory

Here are two images of the Colby Fire, via NASA’s Terra satellite. The fire started yesterday (January 16, 2014) in the foothills northeast of Los Angeles and rapidly spread. The image at top is from just before noon yesterday, and the image below is from just after noon. We heard from many yesterday about the smokey skies in Los Angeles, which issued air quality warnings.

InciWeb this morning (January 17) says that the fire is now 30% contained and that 1,709 acres have burned. A Red Flag Warning has been extended to today due to a Santa Ana wind event. As of 3 p.m. local time on Thursday, nearly 500 firefighters were working the fire, which had destroyed at least two homes. 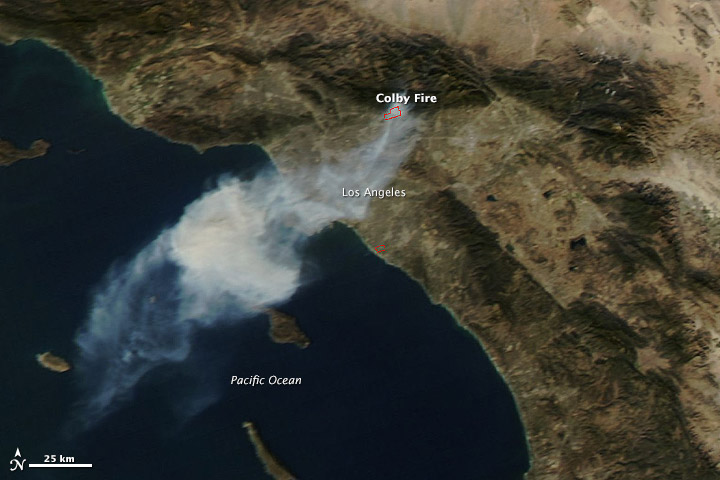 NASA’s Terra satellite captured this image of the Colby fire just after noon on January 16. Image via NASA Earth Observatory