Thanks to all friends who shared your fantastic images of the October 2015 full moon – Northern Hemisphere’s Hunter’s Moon – shining down on all the world.

Everything you need to know: Hunter’s Moon 2015 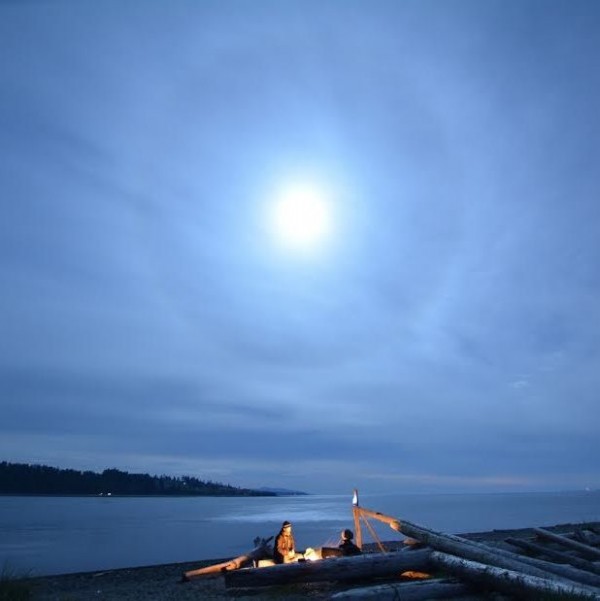 Photo by James Younger who wrote: “Hello and good morning to you! Truly one of my best wild life experiences ever while photographing the moon. I had to keep stopping taking photographs because Smokey my dog was swimming with the whales 30 feet off shore and would not come back to land. I was stuck between exhilarated and freaked out as I could see the whales breaching near Smokey … an awesome night out on the shore of Vancouver Island.” P.S. Smokey came back. 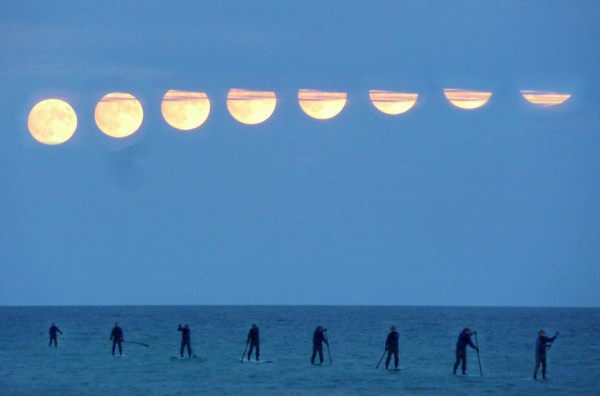 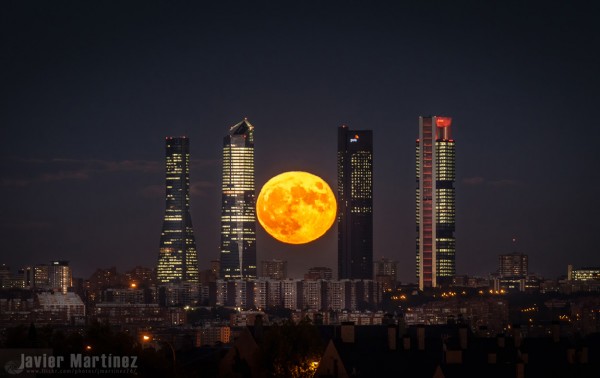 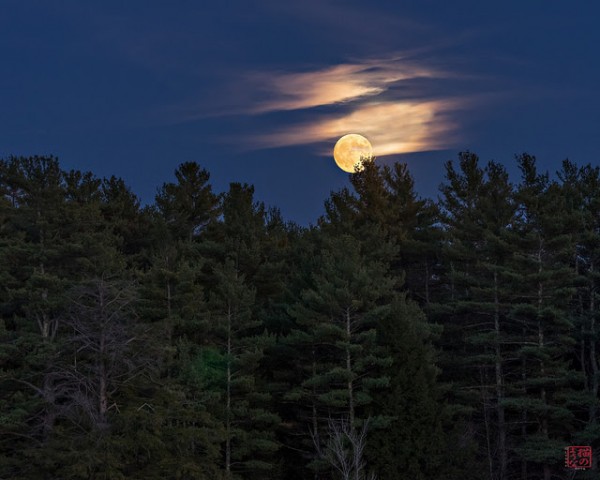 Lynne Pitts took this photo in New Hampshire on October 26, 2015. Lynne wrote: “Went to  the lake to enjoy the sunset and the moonrise. Had a beautiful evening with soft colors and a spectacular moon.” 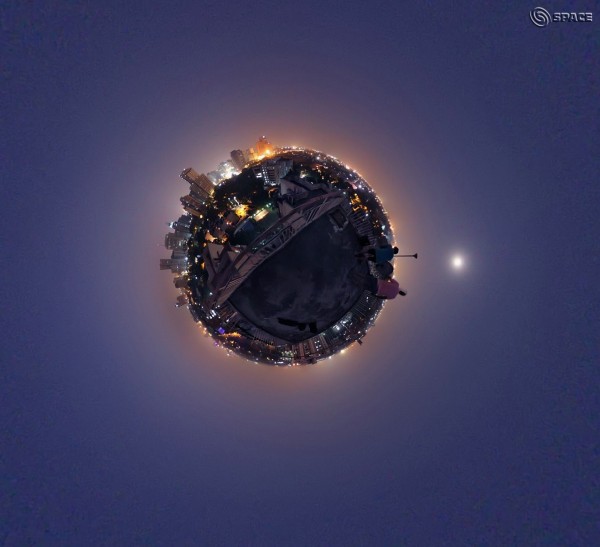 New Delhi skyline seen as a planet – with a moonrise to one side – a panoramic view! Photo taken from New Delhi, India on October 25, 2015 by CB Devgun. 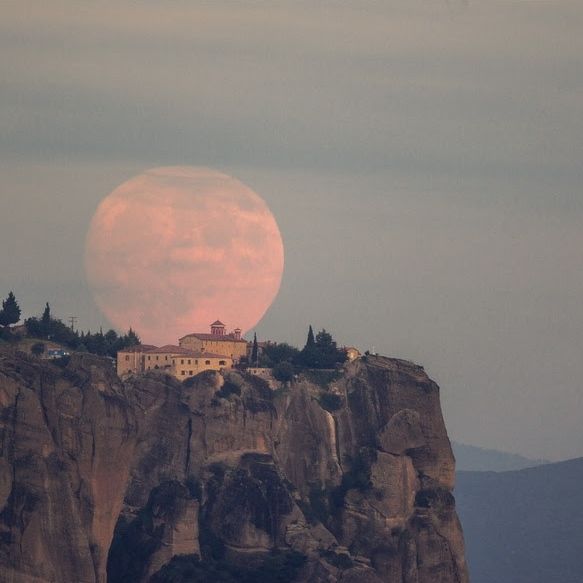 Moon rising behind the Metéora monastery in Greece. It’s one of the largest and most important complexes of Greek Orthodox monasteries in Greece, second only to Mount Athos. Photo via Aimilianos Gkekas 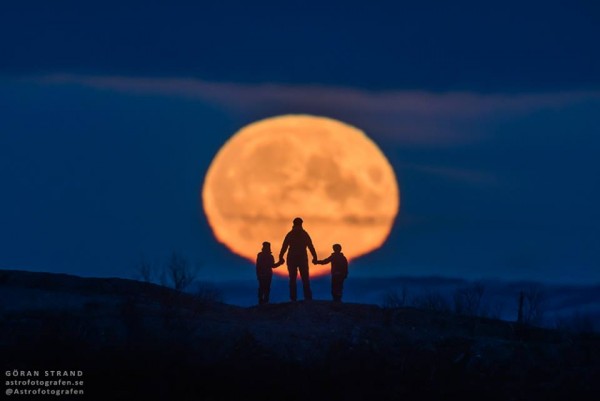 “This is my wife and my two kids watching tonight’s full moon rise above the horizon … The moon is somewhat deformed in the lower half due to atmospheric refraction.” By FotografGöranStrand on Facebook. 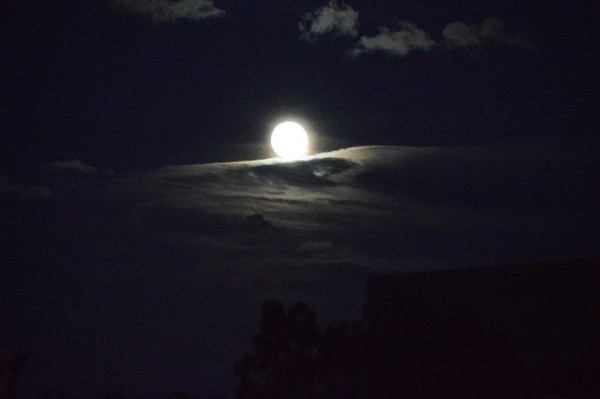 Moon on a cloud. Photo by Dinh Nguyen 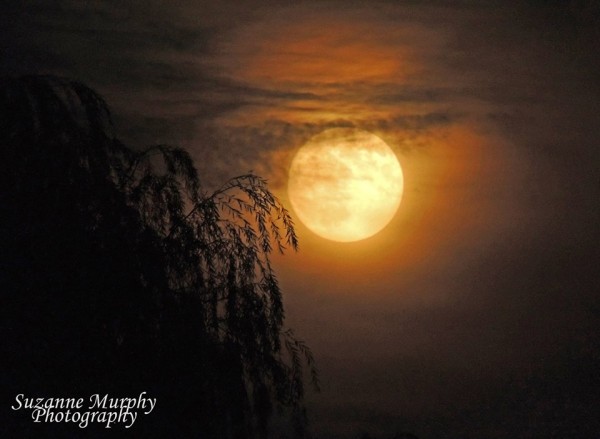 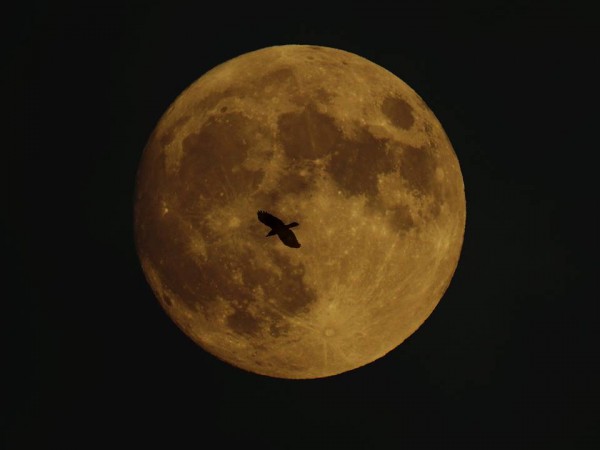 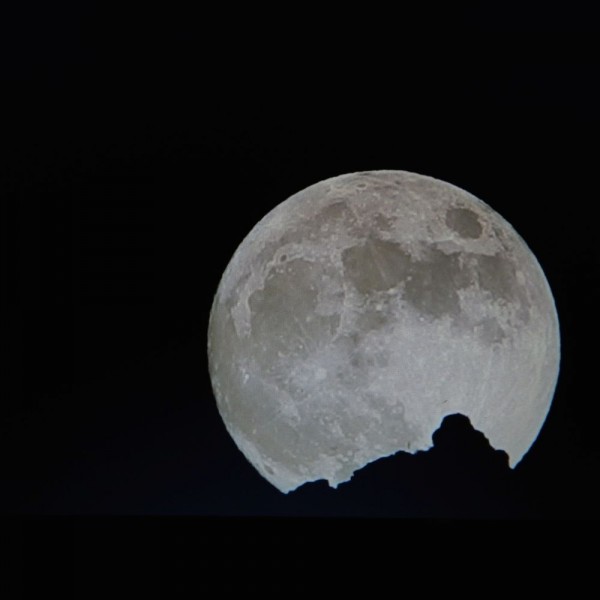 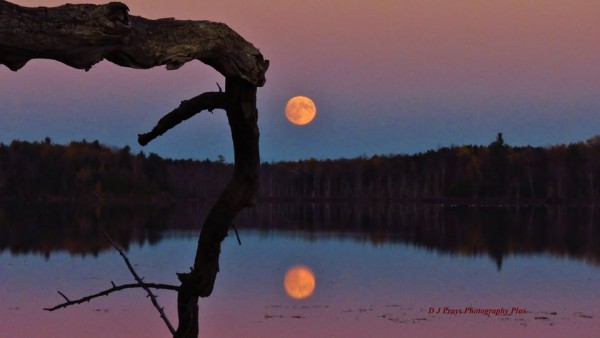