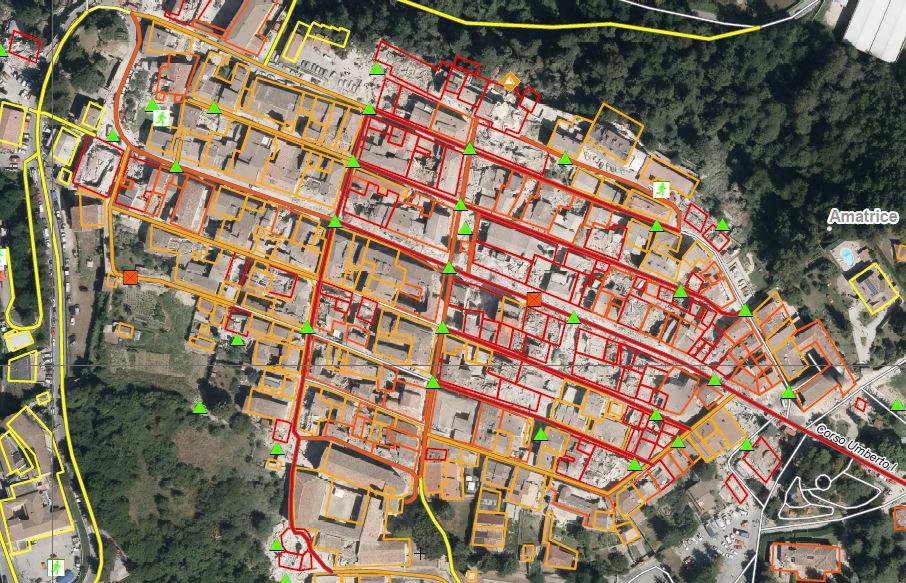 The image is part of a group of satellite images from the Copernicus Emergency Management Service, produced at request of the Italian authorities and aimed at helping to support a preliminary assessment of the damage.

You can see the complete set of maps on this page. They start about midway down the page.

Read more from the European Commission.

Bottom line: Satellite image of damage in Amatrice, Italy from the August 24, 2016 earthquake.