Dozens reported killed, and over 150 missing, in the earthquakes that shook Italy in the early morning of August 24. Searches ongoing. 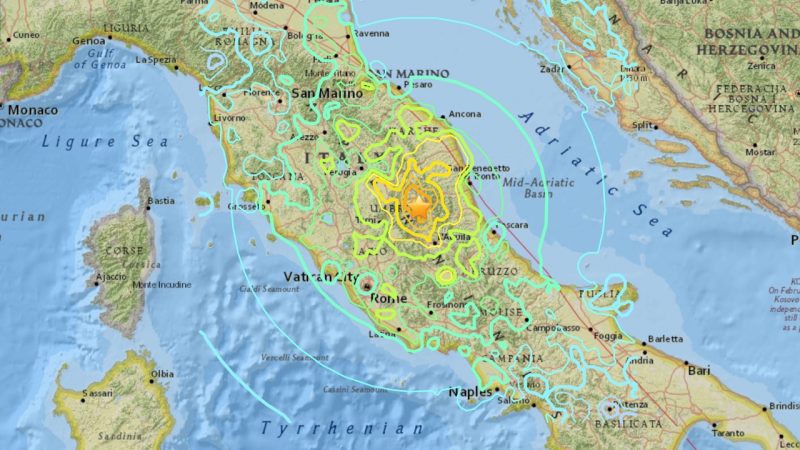 The U.S. Geological Survey is reporting at least one 6.2-magnitude earthquake – a strong earthquake – and up to 60 large aftershocks in mountainous central Italy early Wednesday. At least 38 people have been reported killed so far, with many more trapped under debris, according to Italian news media. The earthquakes reportedly awakened residents in Rome, nearly 100 miles (160 km) to the southwest.

The 6.2-magnitude earthquake was the first to strike. It came at 3:36 a.m. local time near the town of Accumoli, Italy, which media are reporting as being “half gone.”

Many of the buildings in this area of Italy are hundreds of years old, which is one reason they have been unable to withstand the shock of the earthquakes. The area is said to be popular with tourists.

According to USGS, the August 24, 2016 earthquakes in Italy are occurring as the result of shallow normal faulting on a NW-SE oriented fault in the Central Apennines. USGS also says that the central Apennine region has experienced several significant earthquakes in recorded history. In September 1997, for example, a 6.0-magnitude earthquake in the region killed 11, injured over 100 and destroyed approximately 80,000 homes. 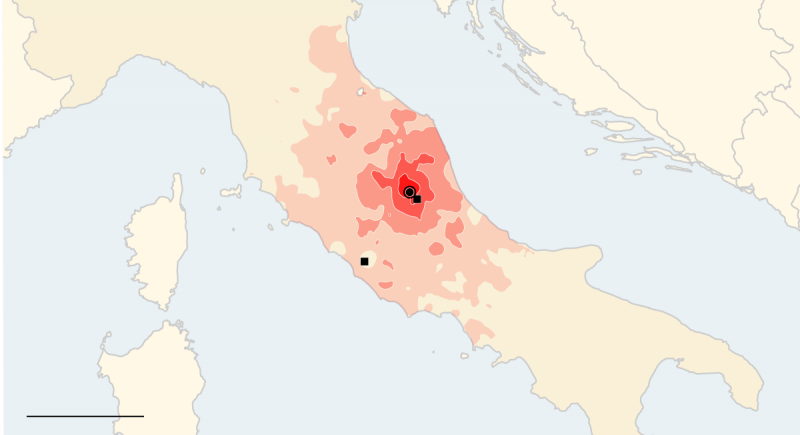 Bottom line: Dozens reported killed, and over 150 missing, in the 6.2-magnitude earthquake that shook central Italy in the early morning of August 24. Many aftershocks. Searches ongoing.