And, especially if you’re on the southern half of Earth’s globe, Venus and Mercury are also back in the evening sky. 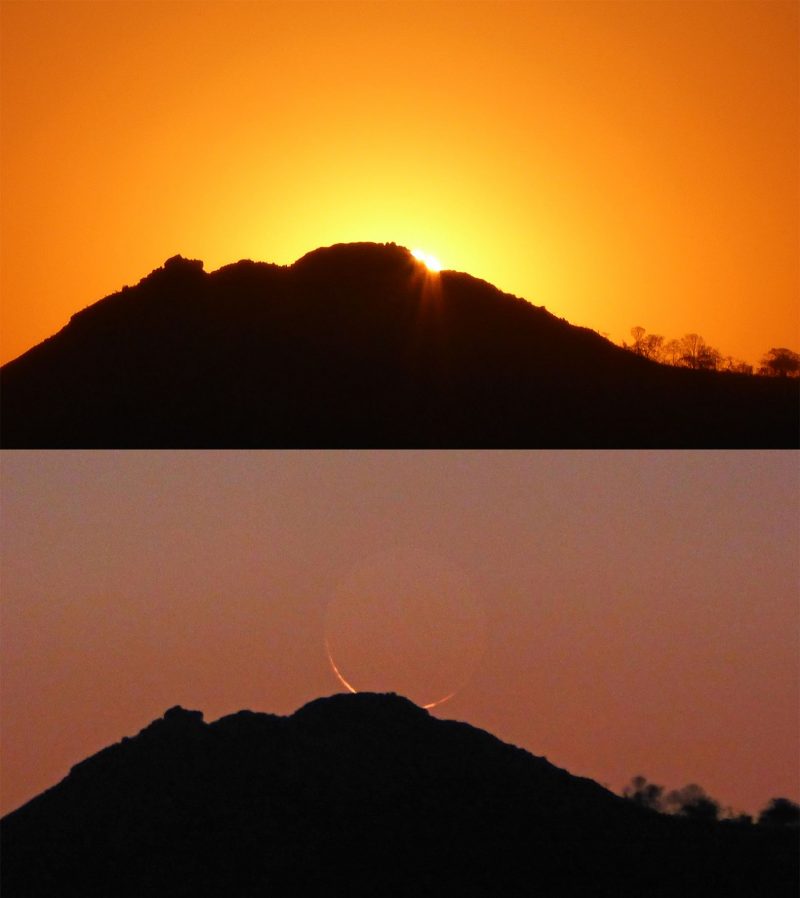 View at EarthSky Community Photos. | The sunset on September 29, followed by a brief appearance of the very young moon, before it, too, set. Photo by Peter Lowenstein in Mutare, Zimbabwe.

On September 29, 2019, the very thin young (22 hours after new) moon was captured setting behind Murahwa Mountain near Mutare in exactly the same place where the sun disappeared 50 minutes earlier. Both young moon and Venus first became visible about half an hour after sunset and were photographed descending until the moon had set behind the mountain. As darkness approached, Mercury with the bright star Spica (left) also became visible above Venus, creating a triangular formation. [see chart here, and photo below]

Unusual to see such a nice combination/coincidence of events in the same portion of sky! The young moon was very thin and hard to see. 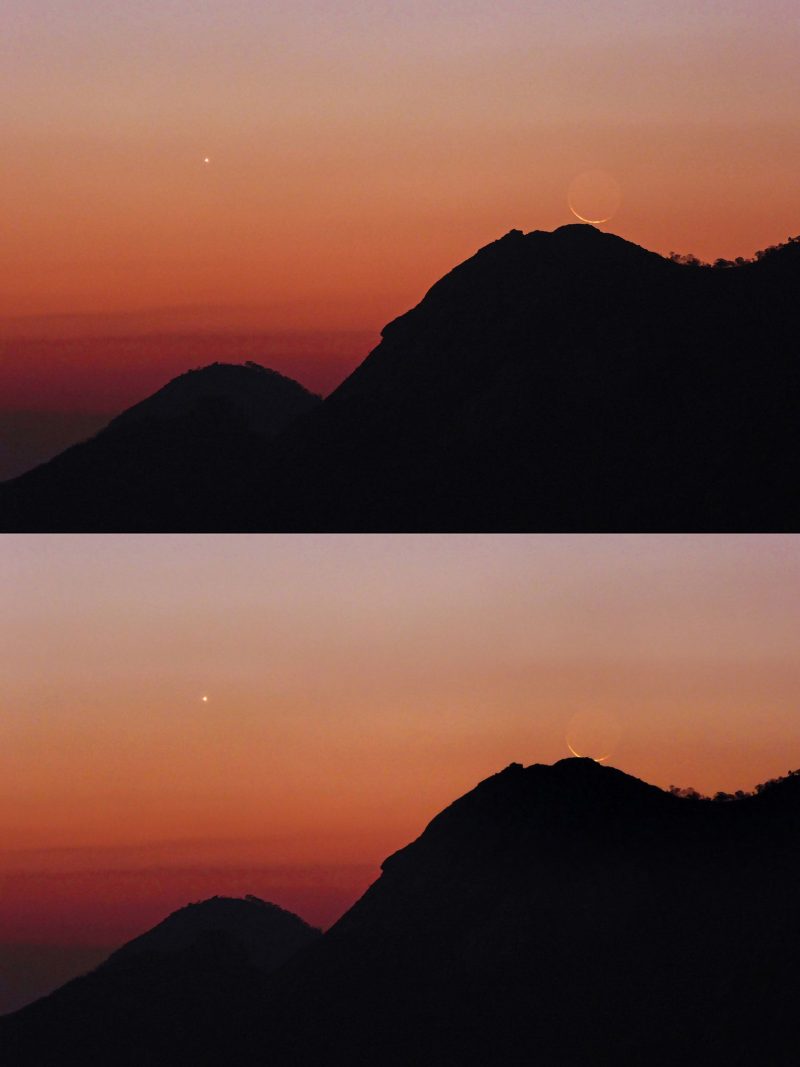 View at EarthSky Community Photos. | The very young moon and Venus first became visible about half an hour after sunset and were photographed descending until the moon disappeared behind the mountain. Photo by Peter Lowenstein. 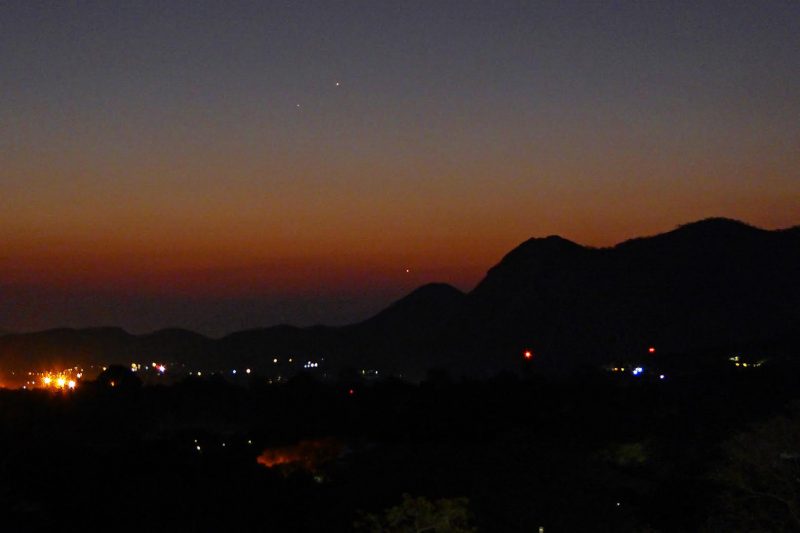 Bottom line: The sunset, young moon and Venus on the evening of September 29, 2019, as seen from Mutare, Zimbabwe.