See it! Young moon and Venus

Over several days this weekend, the moon swept near the brightest planet, Venus, in the west after sunset. Thanks to all who contributed photos! Editor’s picks, here … 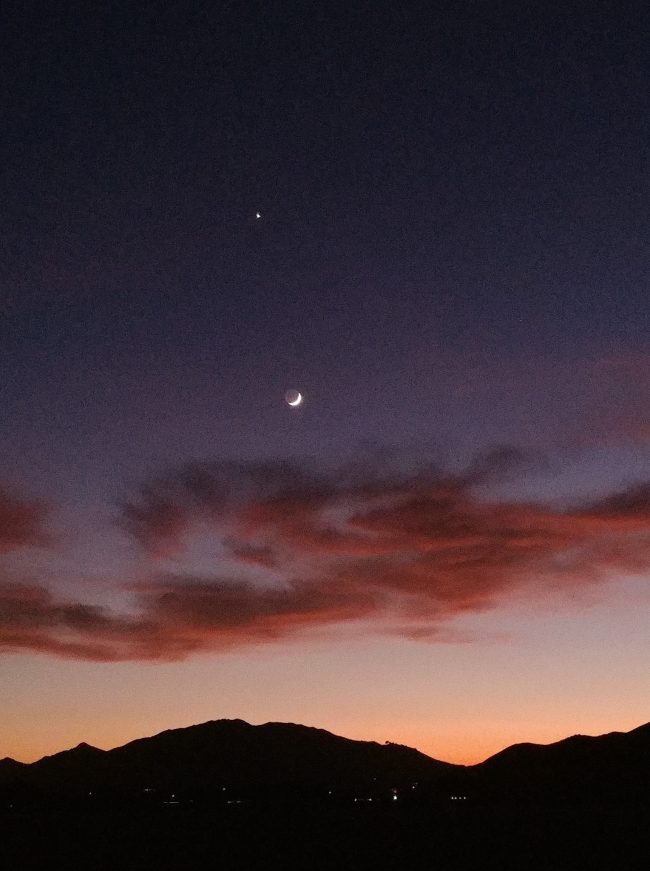 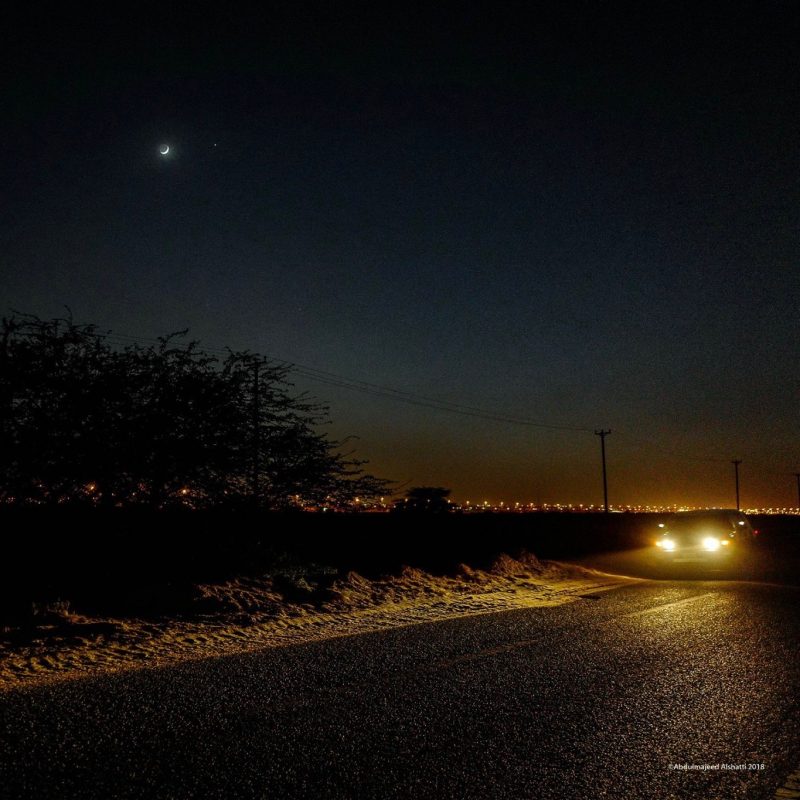 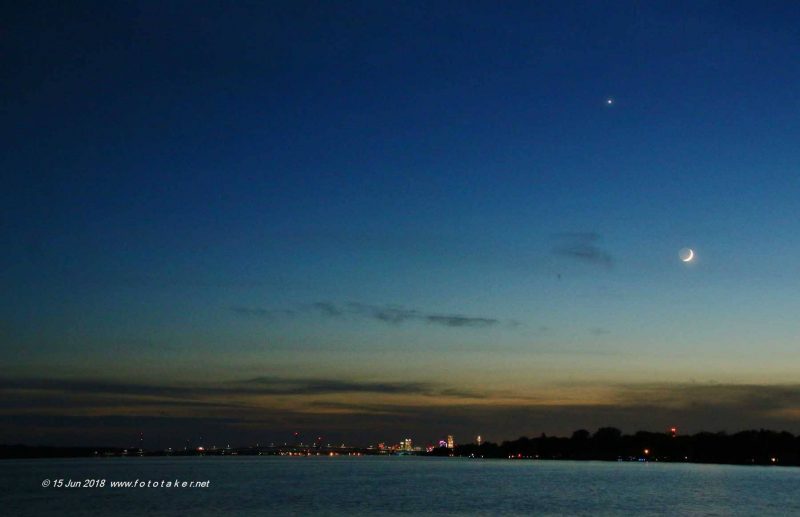 Tony Lee caught the moon and Venus on June 15 and wrote: “… it was almost perfect as Venus and the moon were very bright in the darkening sky above Niagara Falls U.S.A. … This is a handheld image while being attacked by unseen biting insects!!” 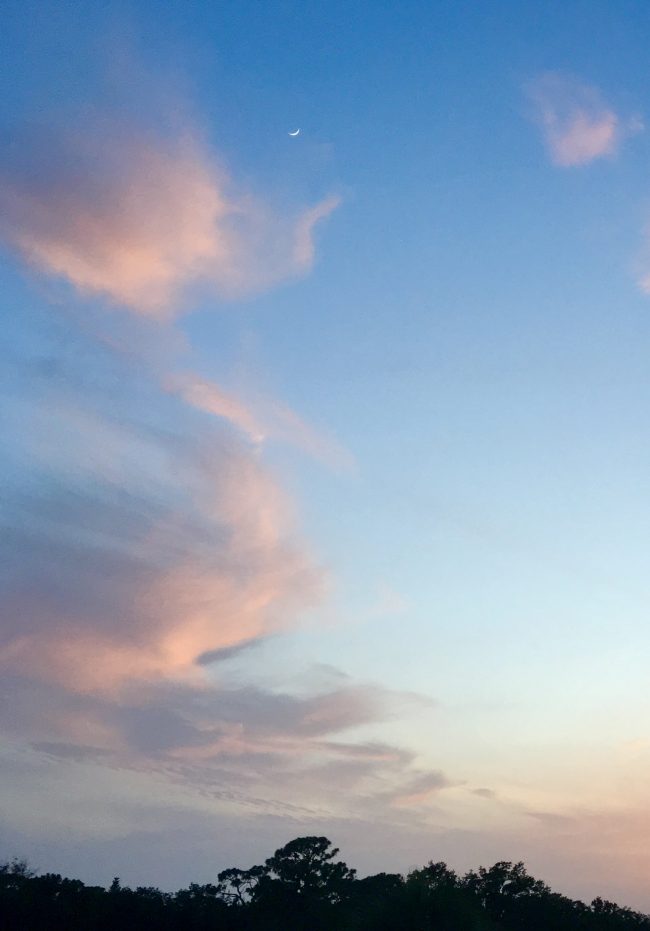 No planet Venus in this photo, but a lovely crescent moon – June 16, 2018 – from Sandy de Lenerna in Sarasota, Florida. 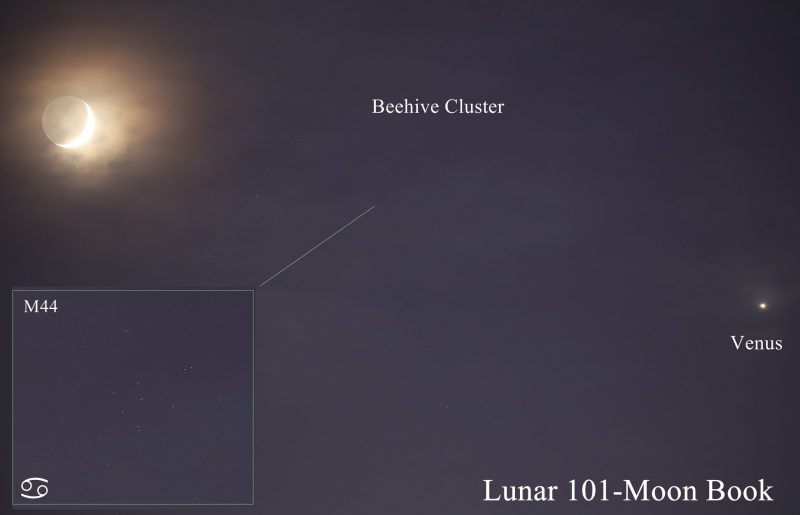 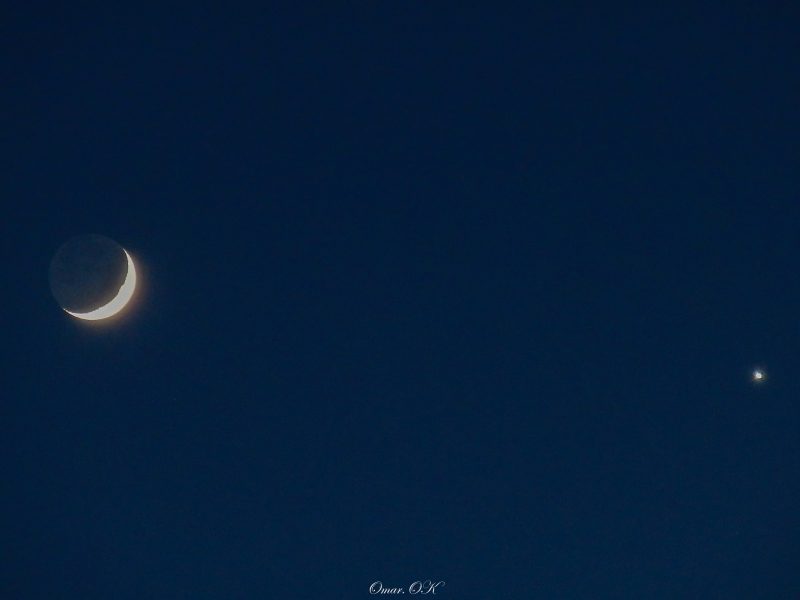 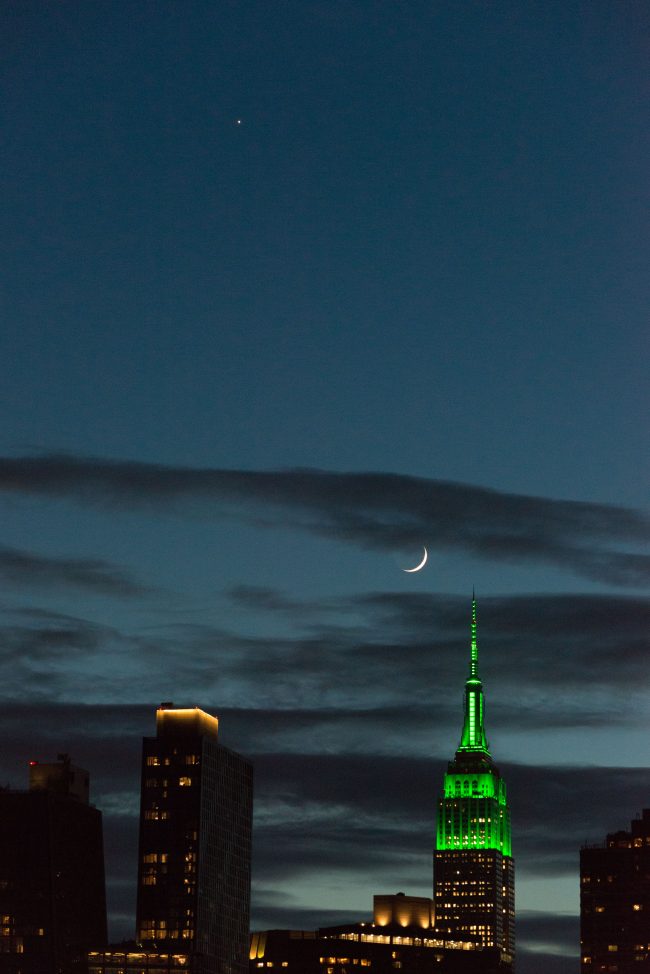 Maggie Machinsky in New York City caught the moon and Venus on June 15. She said it was “a perfect summer evening.” 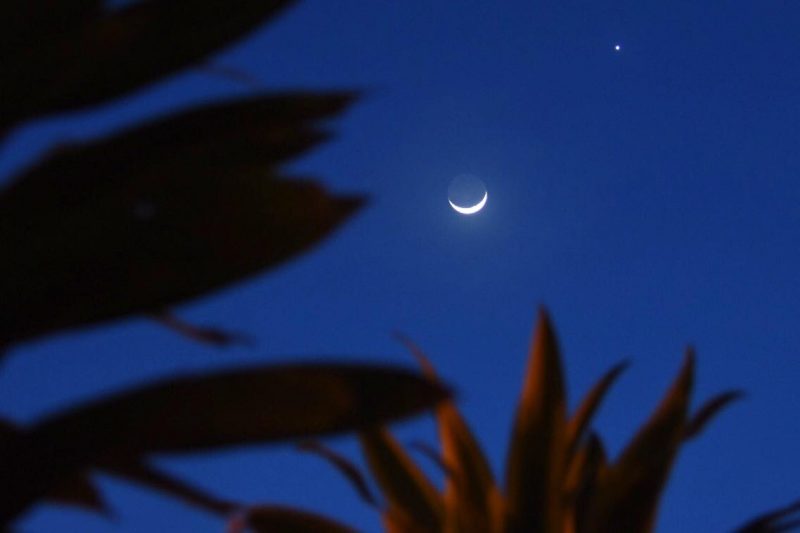 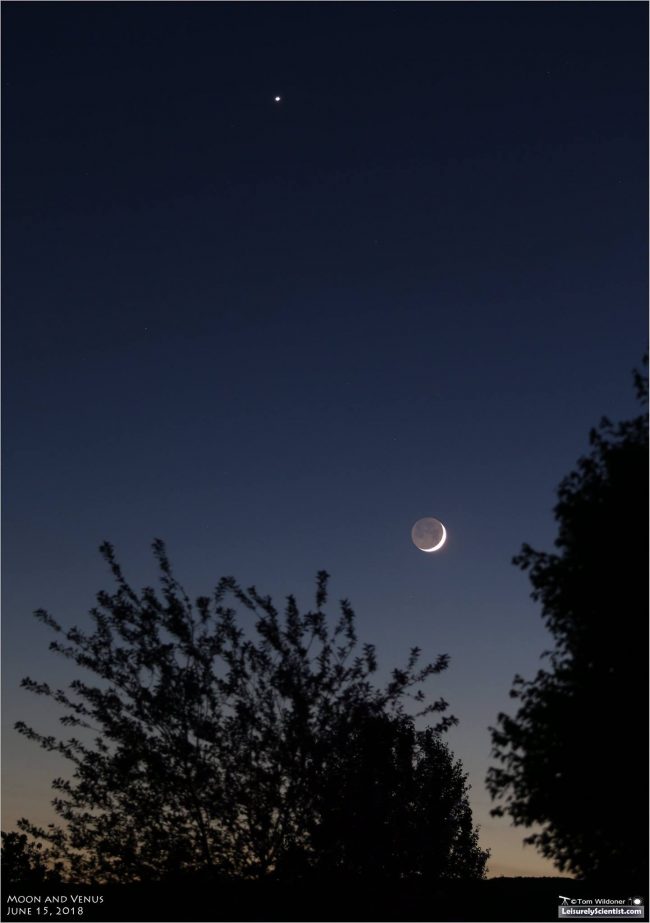 Tom Wildoner of Dark Side Observatory caught this image on June 15, 2018. 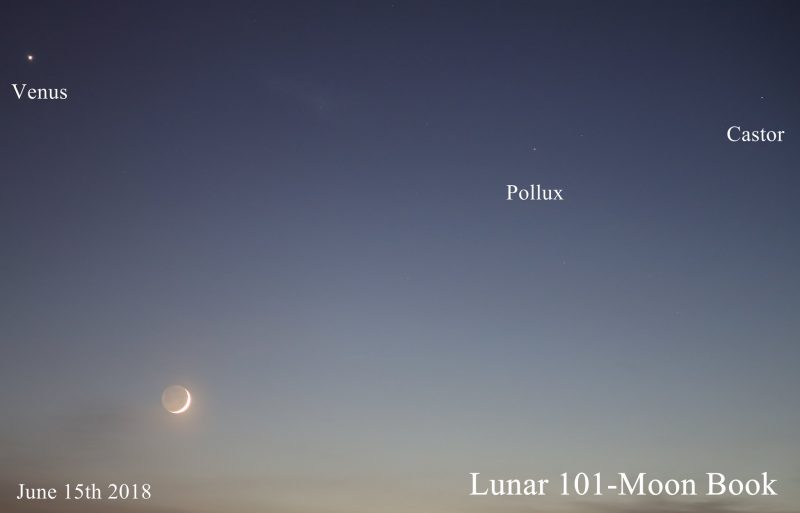 Notice the sky background is brighter here. That’s because – on June 15, 2018, when this photo was taken – the moon was lower in the sky, closer to the sunset. The photographer – Steven Sweet of Lunar 101-Moon Book – captured the moon near the bright stars Castor and Pollux in the constellation Gemini. 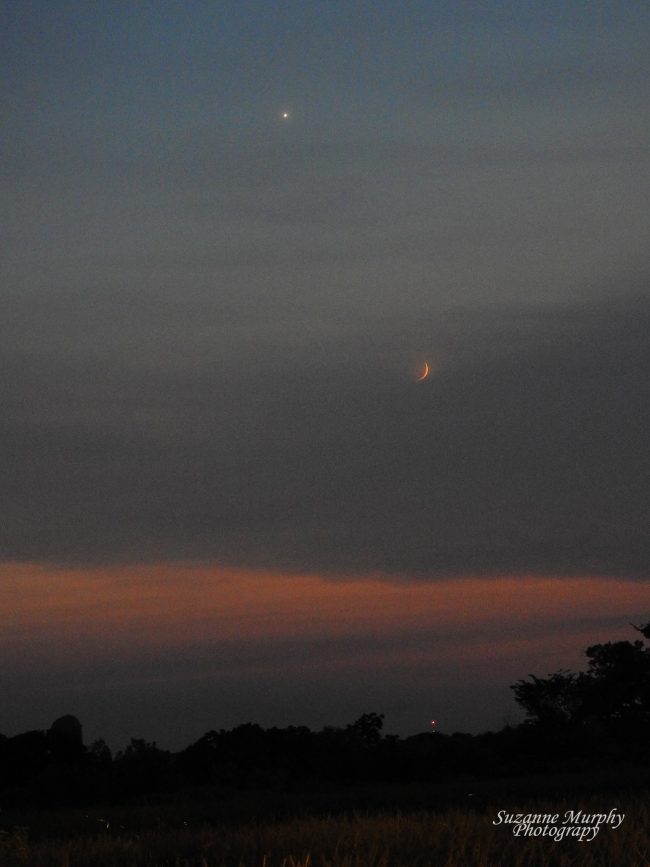 Venus and young crescent moon from Wisconsin on June 15, 2018. The moon is low in the sky, partly buried in clouds, and that’s why it appears reddish. Photo by Suzanne Murphy. 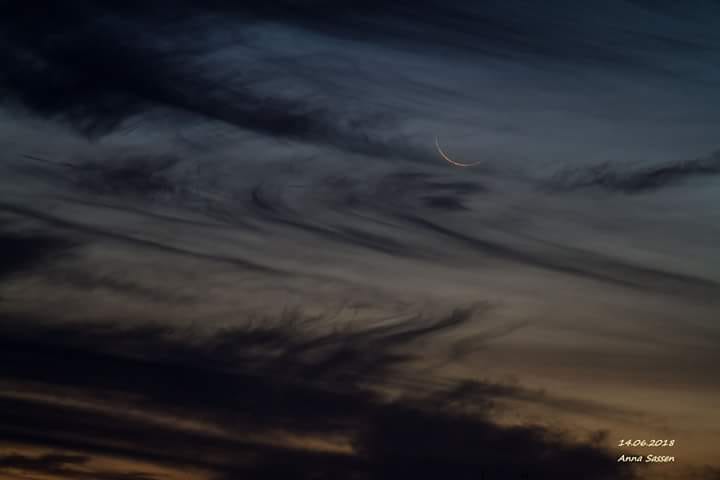 Anna Sassen in Porto Alegro-RS, Brasil caught the moon on June 14! On that night, it was an extremely young moon, very near the sunset. Because the moon was nearly on our line of sight to the sun – nearly between us and the sun – its lighted face was pointing mostly away from us. 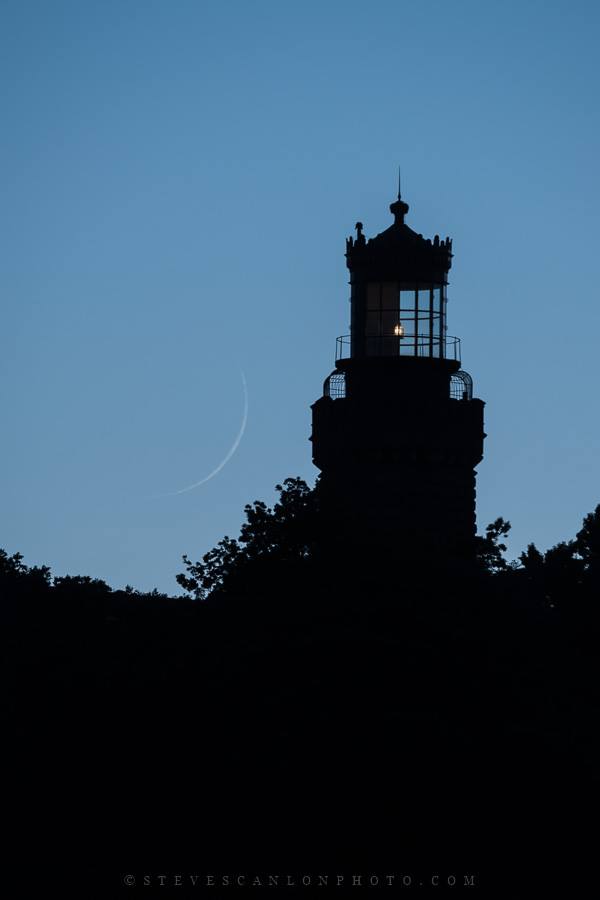 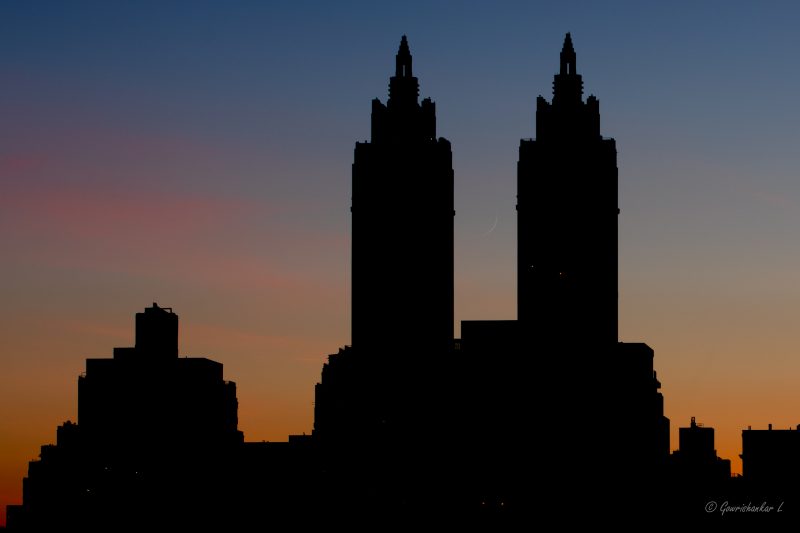 View larger. | Gowrishankar Lakshminarayanan in New York City wrote: “A single exposure shot of the 2 percent waxing crescent resting in between the El Dorado towers was almost impossible to locate with bare eyes. If you see between the two towers there’s a tiny sliver of crescent moon almost bleached by the twilight after just half-hour after sunset.” 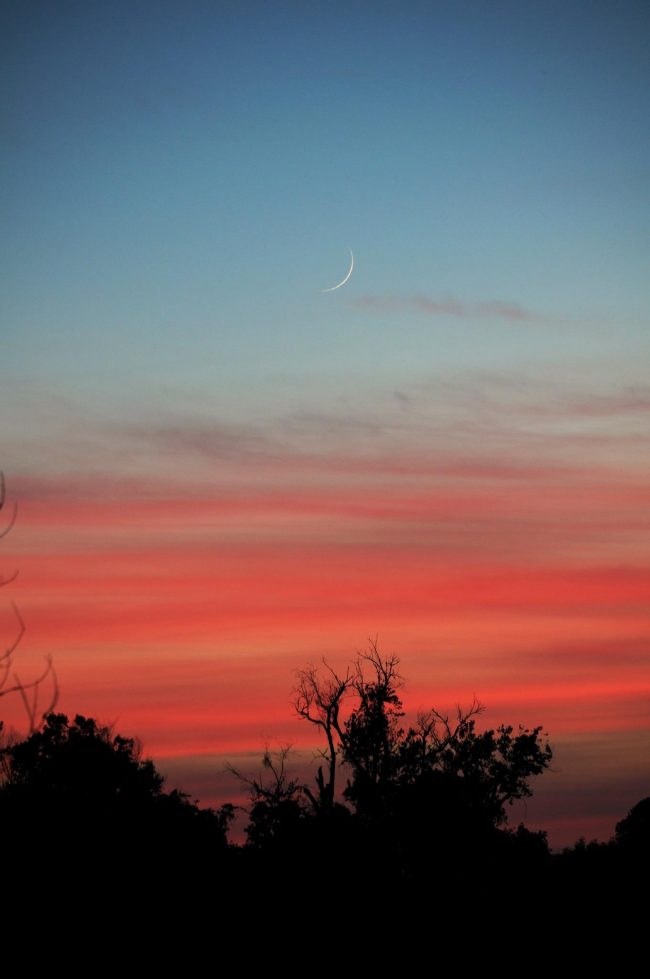 The June 14, 2018, moon was 32 hours old – that is, 32 hours from the time of new moon – when it passed over the West Coast of North America. Here’s the 32-hour moon from Steve Lightstone, in Sacramento, California. 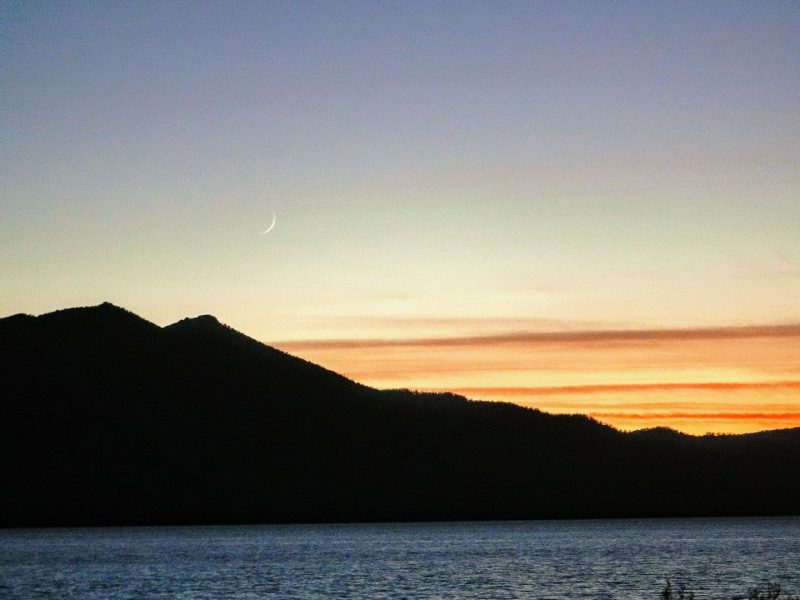 Young moon of June 14, 2018, via Luba Guvernator. I believe this photo is from around Lake Tahoe in the Sierra Nevada Mountains, straddling the border of California and Nevada.