The waning moon swept past the brightest planet – Venus – in the east before dawn Tuesday morning, November 6. EarthSky community members from around the world captured them. 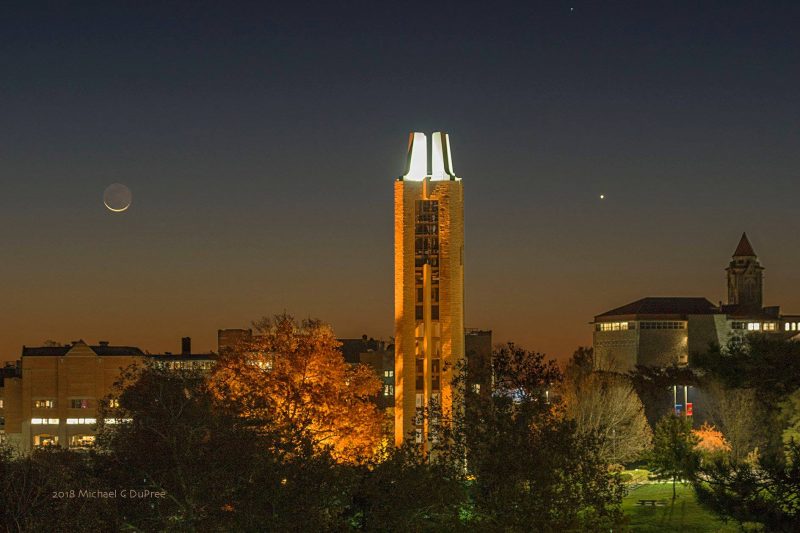 Michael C Dupree wrote, “Waning crescent moon- the last before the new moon tomorrow, and the most elusive of moon phases to see and photograph – and Venus before sunrise. Above the WWII Memorial Campanile, Kansas University, Lawrence, Kansas, November 6, 2018.” 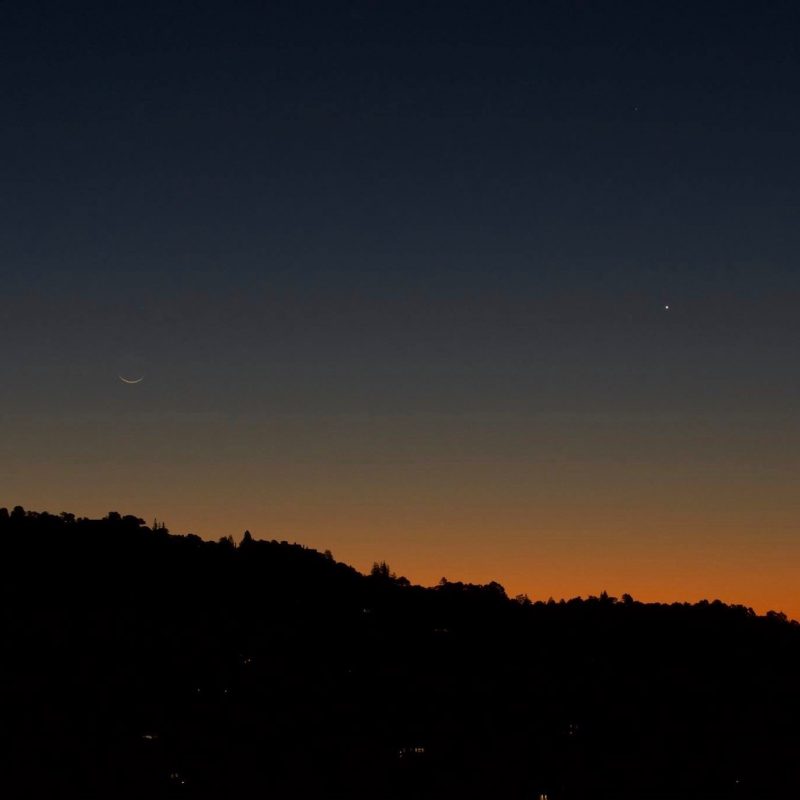 Brett Joseph captured the moon, Venus and the star Spica in San Anselmo, California, on November 6, 2018. 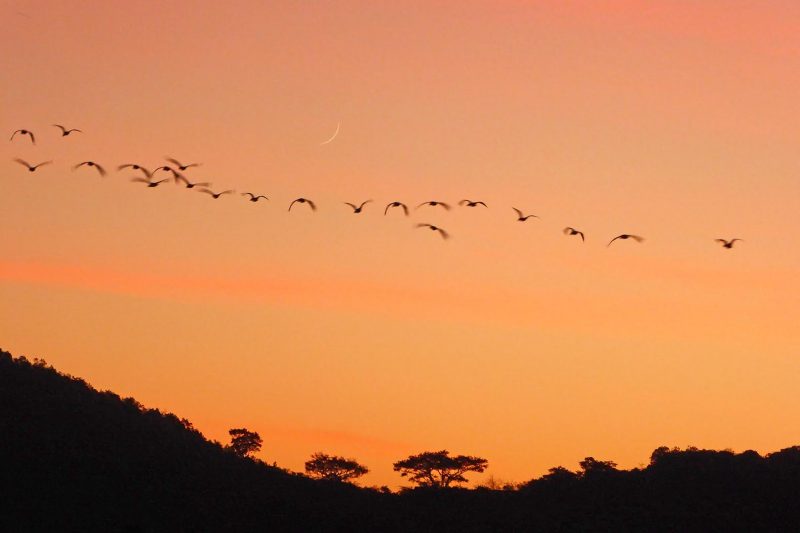 By the way, Peter Lowenstein in Mutare, Zimbabwe, also caught the November 6 very old moon, with a flock of white-faced whistling ducks in a brightly colored dawn sky. He wrote: “I have tried many times to photograph them without success as the light is usually low, they fly fast … This time they were headed towards the light and their motion was in the direction of the field of view. Perfect shot! Camera: Hand-held Panasonic Lumix DMC-TZ60 in sunset scene mode.” Thanks, Peter! 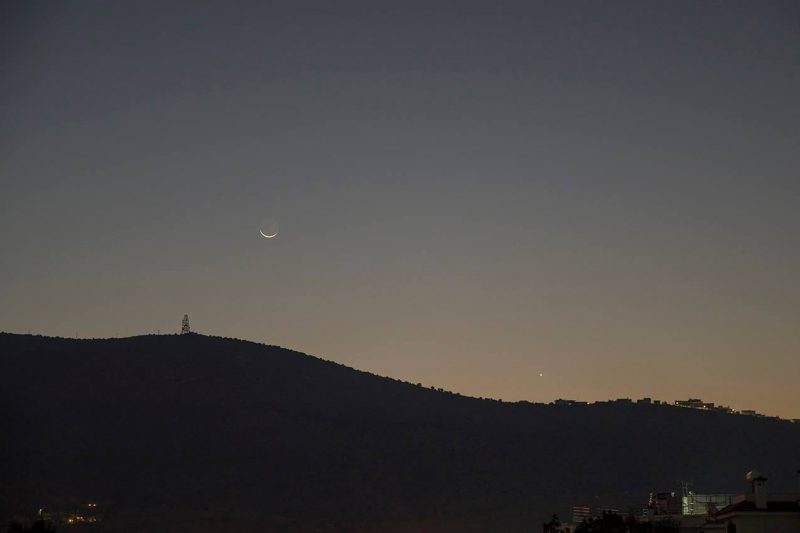 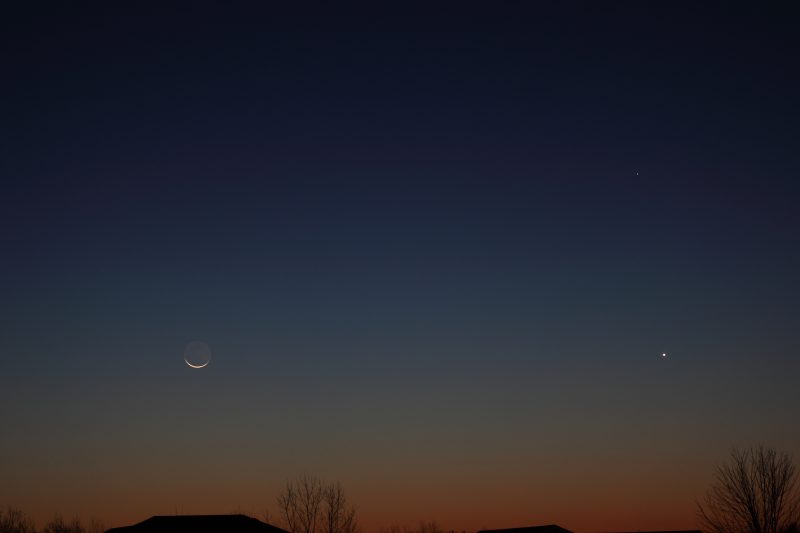 Venus with crescent moon at sunrise – November 6, 2018 – from John Shaw in Lincoln, Nebraska. 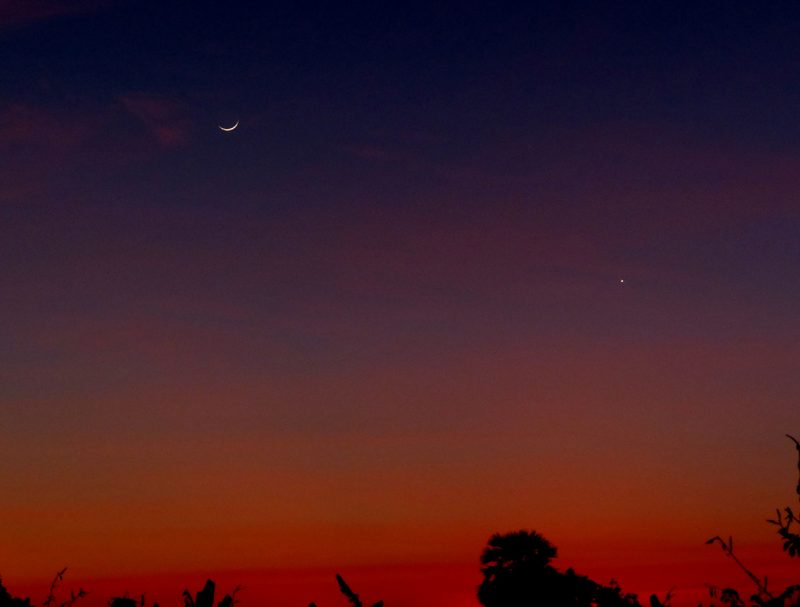 Kaliannan Shanmugasundaram wrote from Soeng Sang Town, Thailand on November 6, 2018: “As a newcomer to astronomy, I have been watching the moon, sun and stars and reading articles on EarthSky. Living in a small village in NE region of Thailand, for retirement, I have been taking photos of the sky and its wonderful creations. I was lucky to see the crescent moon and Venus on the east sky, just above the field. I wish to share the photo with the readers of EarthSky.” Thank you, Kaliannan! 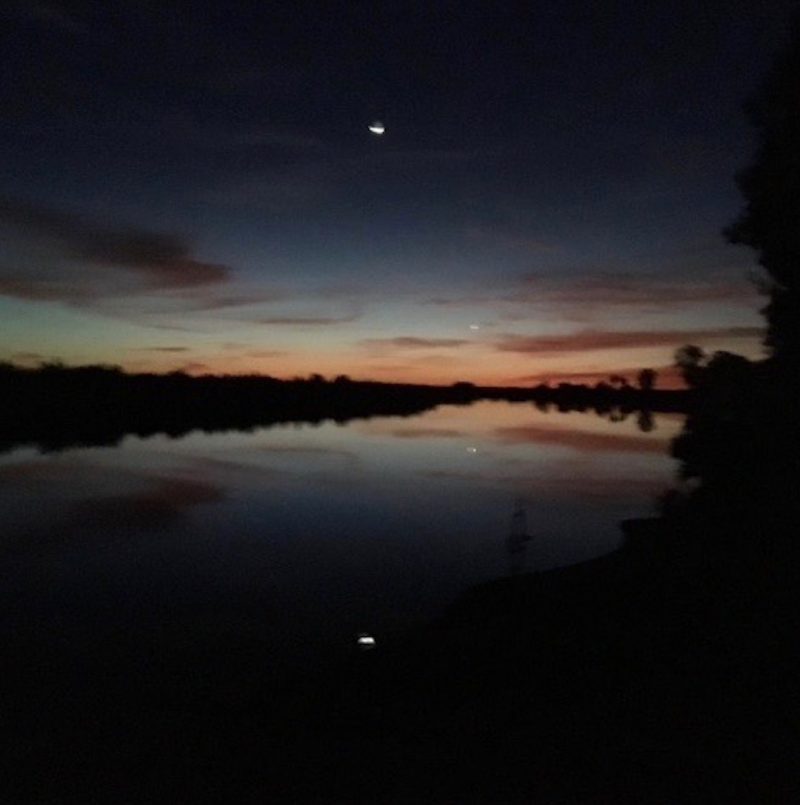 It’s amazing what you can capture with your phone! Don Thousand caught the moon and Venus on November 5, 2018, with an iPhone 6s. He wrote: “Waning crescent moon and waxing Venus over the Rio Hardy at Rancho Mil, Baja California.” 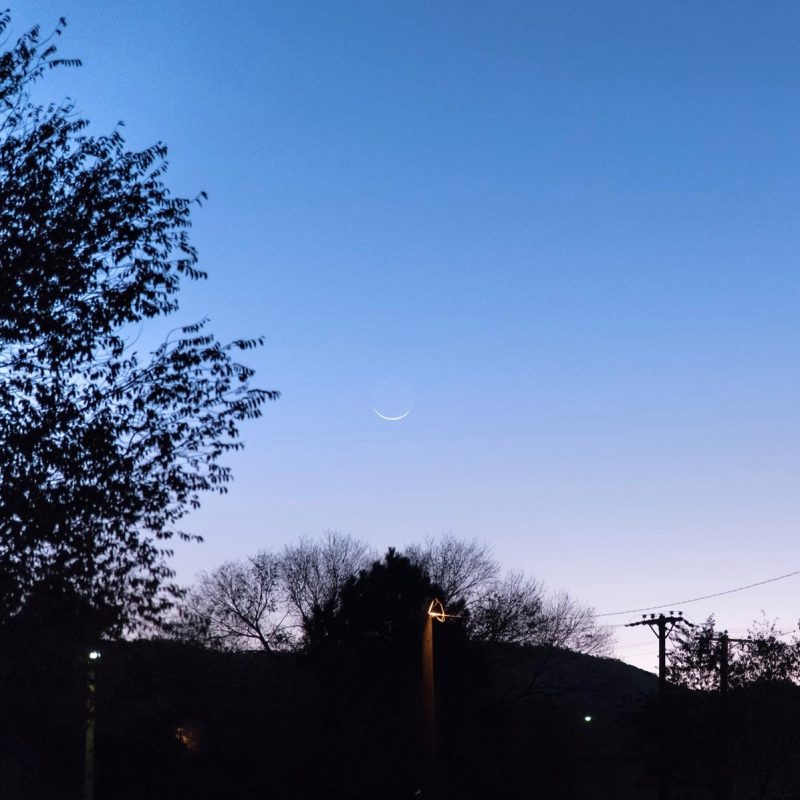 April Singer wrote on November 6: “A smile from the old moon, from Santa Fe, New Mexico.” View larger to see that April captured Venus, too. 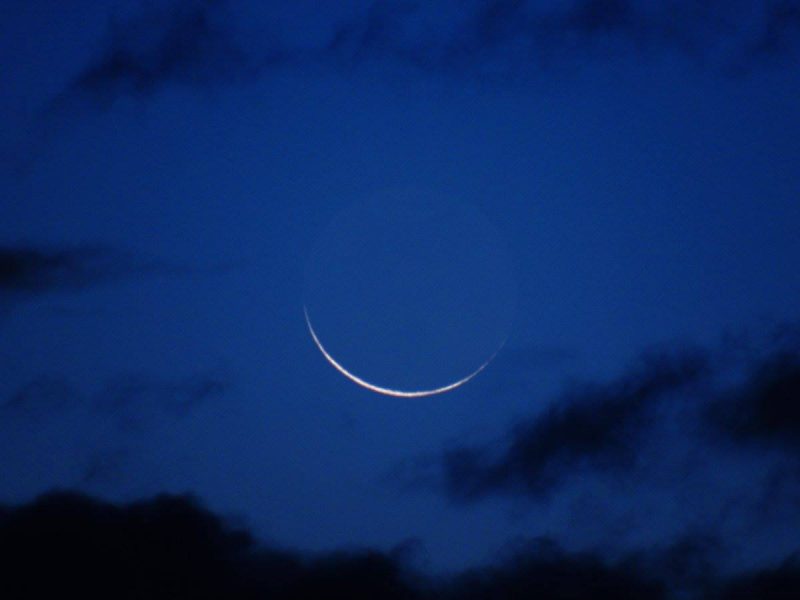 Dustin Guy in Seattle caught a hint of earthshine on the old moon on the morning of November 6, 2018.

Bottom line: Photos of the moon and Venus before dawn on November 6, 2018.