Celebrating the Pleiades, or Seven Sisters

Photos from Project Nightflight and others in the EarthSky community of the famous star cluster Pleiades. Look for this tiny, misty dipper in your night sky. 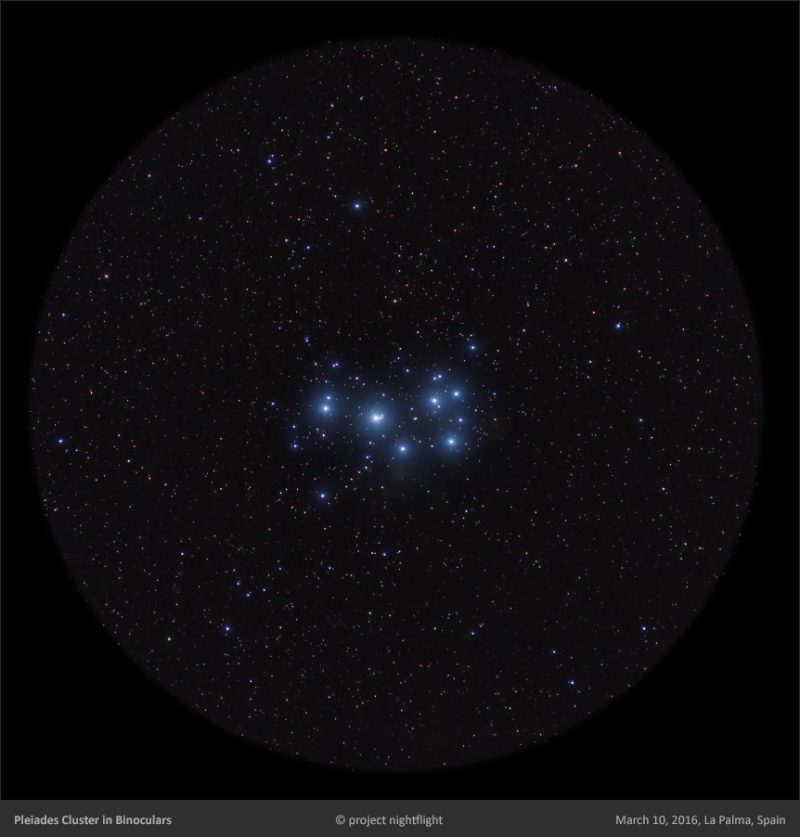 The Pleiades – also known as the Seven Sisters, or as M45 – as this beautiful star cluster appears through binoculars, via Project Nightflight.

Karoline Mrazek and Erwin Matys in Vienna, Austria – who work under the name Project Nightflight – wrote:

When winter is here, so is one of the most magnificent star clusters in the sky, the Pleiades. You can observe them with the unaided eye from almost any location during these winter evenings … [our image] shows the star cluster as it looks in typical binoculars. We digitally combined two series of shots with different exposure times with another set of diffusor shots to get the final image. Some processing was used to make the image appear as seen through binoculars. This is the fourth in our series of binocular simulations, which include the Perseus Double Cluster, the M46/47 pair and the Beehive Cluster.

With this Pleiades image we would like to thank all our friends and followers, sponsors and media partners, for their ongoing encouragement. We wish you all a prosperous and happy New Year 2018!

Thank you and happy new year to you, Karoline and Erwin and all in the Project Nightflight community! By the way, other astrophotographers in the EarthSky community have also submitted beautiful photos of the Pleiades throughout this past fall. A sampling below.

Read more about the Pleiades star cluster, aka the Seven Sisters 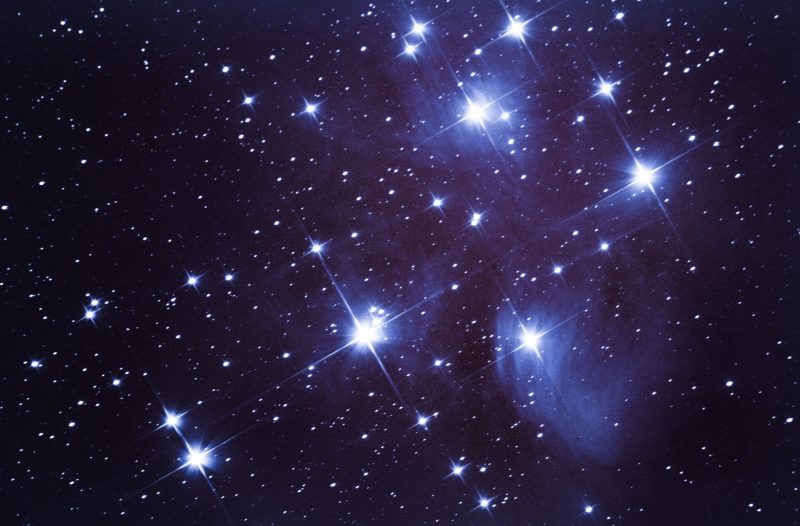 Greg Hogan in Kathleen, Georgia submitted this photo to EarthSky on November 22, 2017. Thanks, Greg! 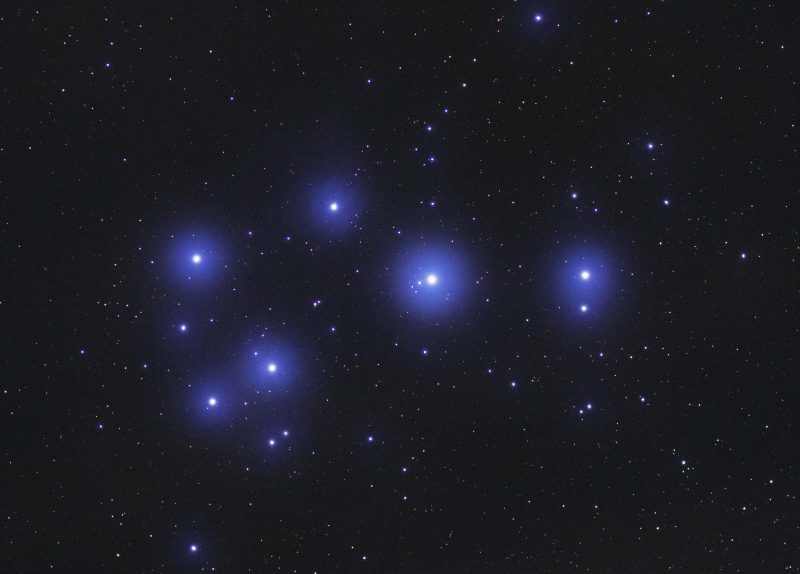 Pleiades through fog, November 16, 2017, via Kurt Zeppetello in Monroe, Connecticut.Thank you, Kurt. 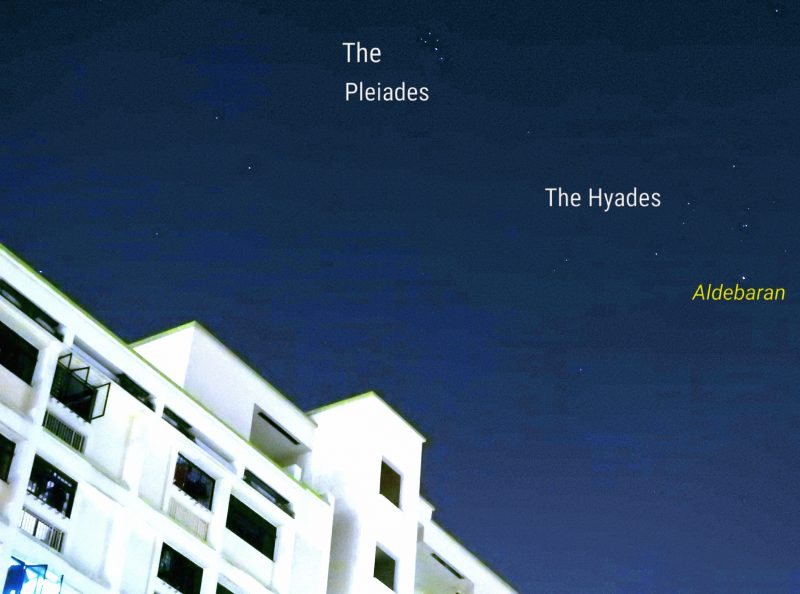 View larger. | A. Kannan wrote on November 21, 2017: “The Pleiades and Hyades [another star cluster, near the Pleiades] were seen clearly in Singapore skies yesterday at 10:30 p.m. Picture taken from my flat in the northern part of our island city-state. Though light pollution is high in Singapore, it is amazing that we could see these clusters, thanks to the clear night skies and the star Aldebaran [brightest star in the Hyades and in the entire constellation Taurus].” Thank you, A. Kannan! 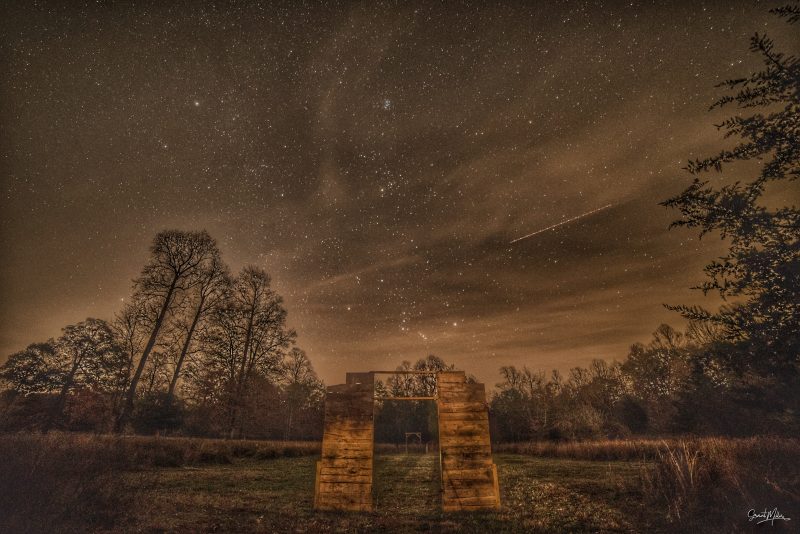 View larger. | Grant Miller wrote on November 18, 2017: “Two of my favorite and easiest star patterns to spot in the night sky, Orion the Hunter and the Pleiades (Seven Sisters).” Thank you, Grant.

Bottom line: Photos and info of the Pleiades star cluster, one of the easiest-to-spot star clusters in the night sky. The Pleiades appear to the eye as a tiny, misty dipper.