People around the world watched this week as the waning crescent moon swept near the very bright planet Venus, and fainter star Aldebaran, in the east before dawn. 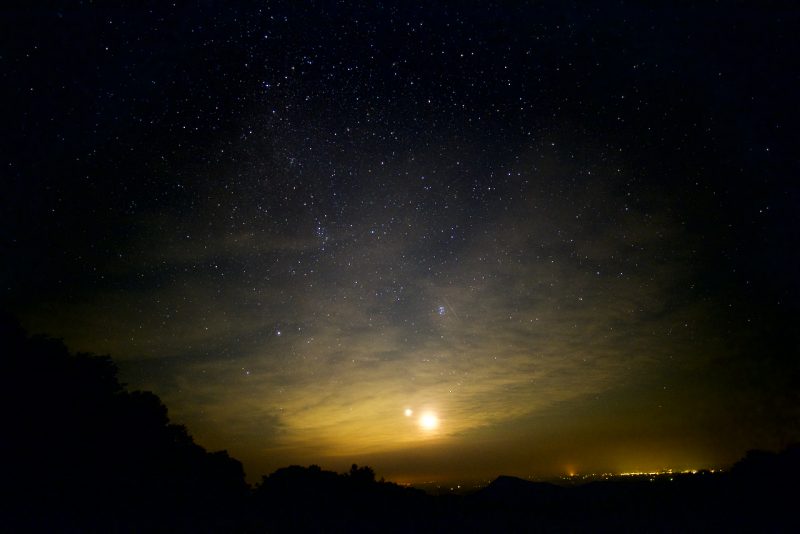 Greg Redfern caught the moon and Venus on July 20 and wrote: “Venus and the moon dance in the clouds under the stars of Taurus the Bull and the Pleiades as seen from Skyline Drive, Shenandoah National Park, Virginia. Old Rag Mountain can be seen in the right center.” 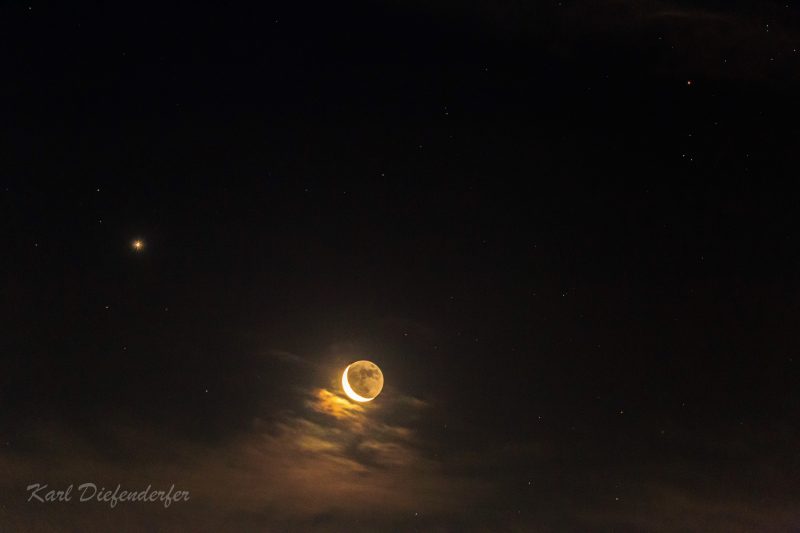 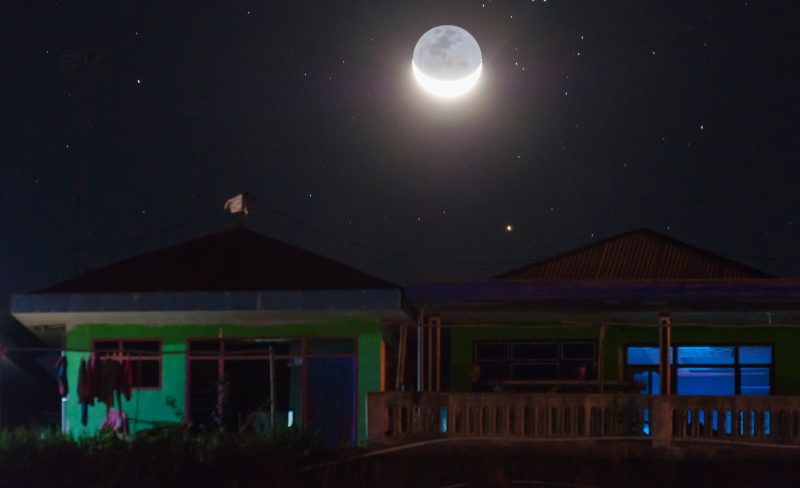 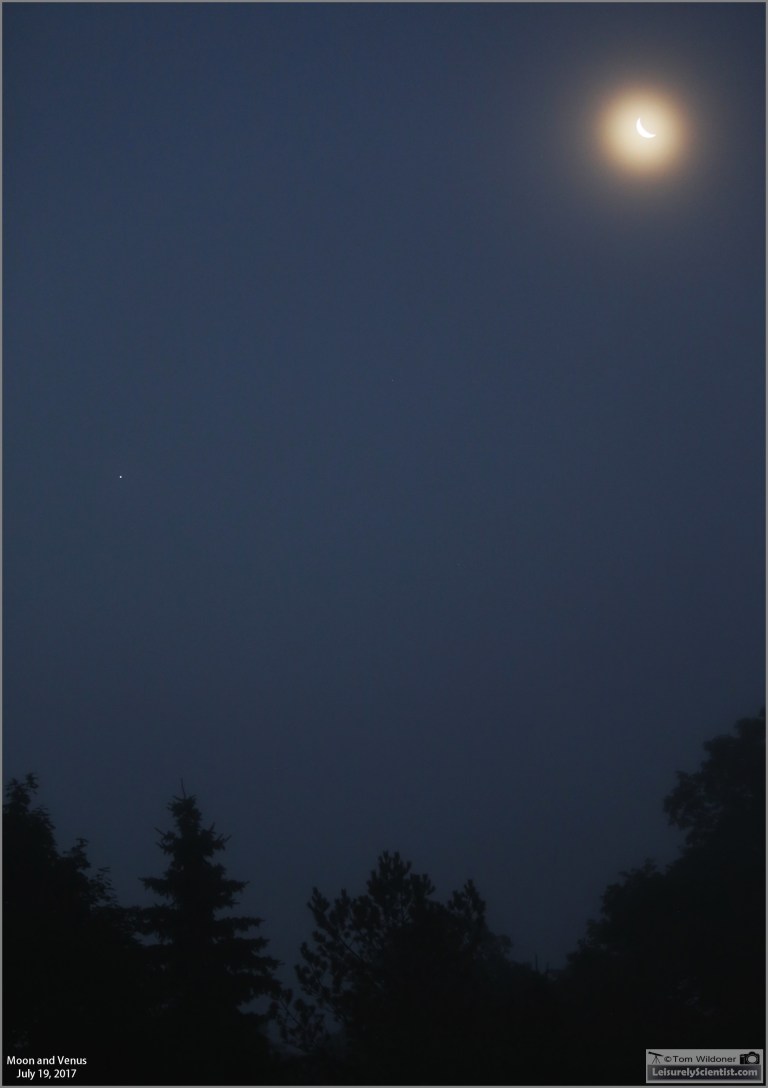 You might have noticed the waning crescent moon near the blazingly bright planet Venus on the morning of July 19, 2017. This capture is from our friend Tom Wildoner at LeisurelyScientist.com. 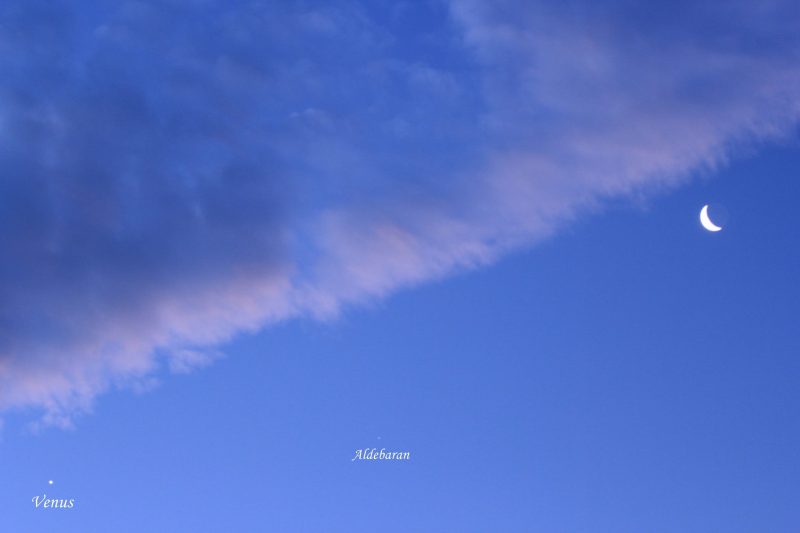 Moon Aldebaran and Venus July 19, 2017 5.26 am. Lunar 101 Moon Book wrote: “As close to sunrise as possible to capture all three and still show some earthshine on the moon.” 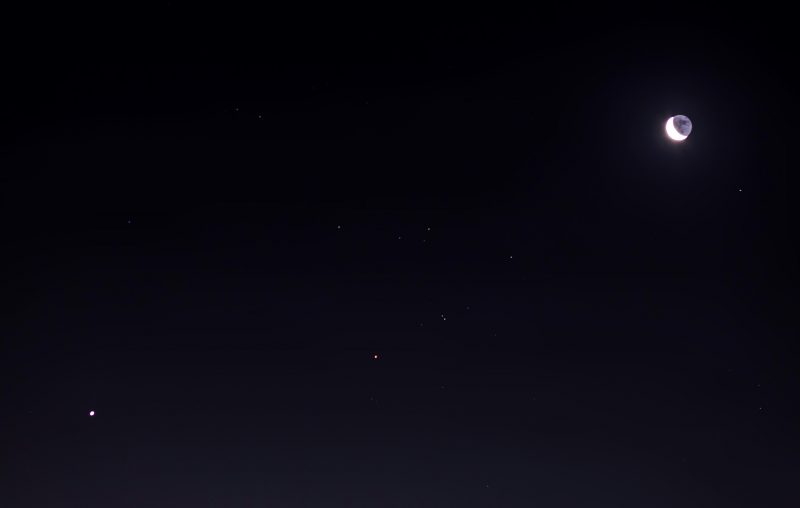