The moon will cover Mars 5 times in 2020, but the occultation on February 18, 2020, was the only one accessible to viewers in much of North and Central America. Photos from the EarthSky Community here. 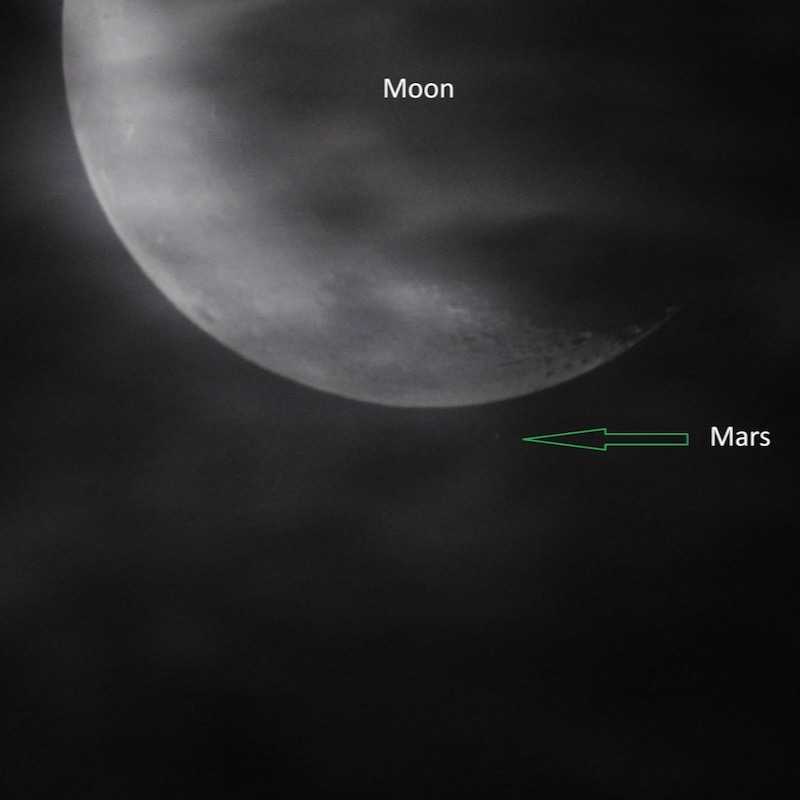 View at EarthSky Community Photos. | Raul Cortes in Monterrey, Mexico, tried to capture the moment the moon passed in front of Mars, but clouds got in his way. He wrote: “Trying to capture the Mars occultation. This was as far as I could go. After that moment, the moon and Mars were completely covered by clouds. Could not see the exact moment when the occultation occurred.” Beautiful shot, though, Raul! Thank you. Raul has a slightly earlier photo of the near-occultation, with Mars slightly farther from the moon but more clearly visible, here. 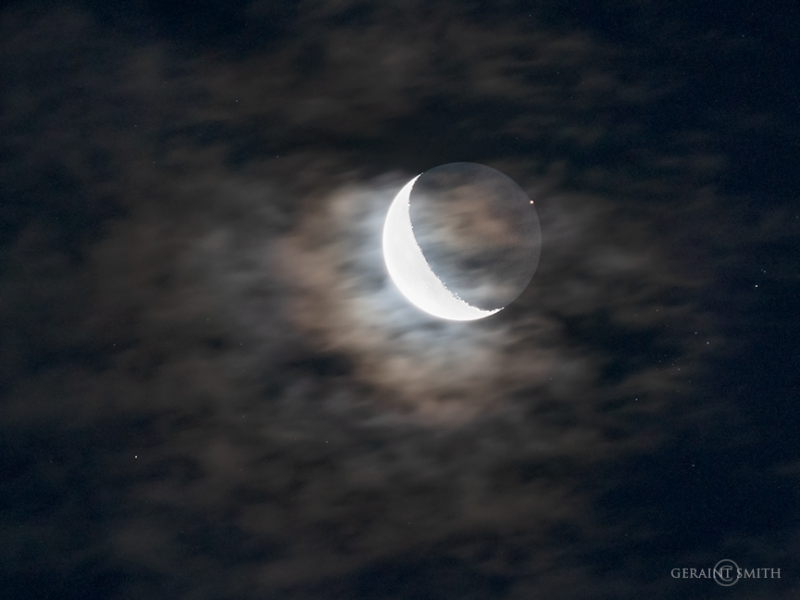 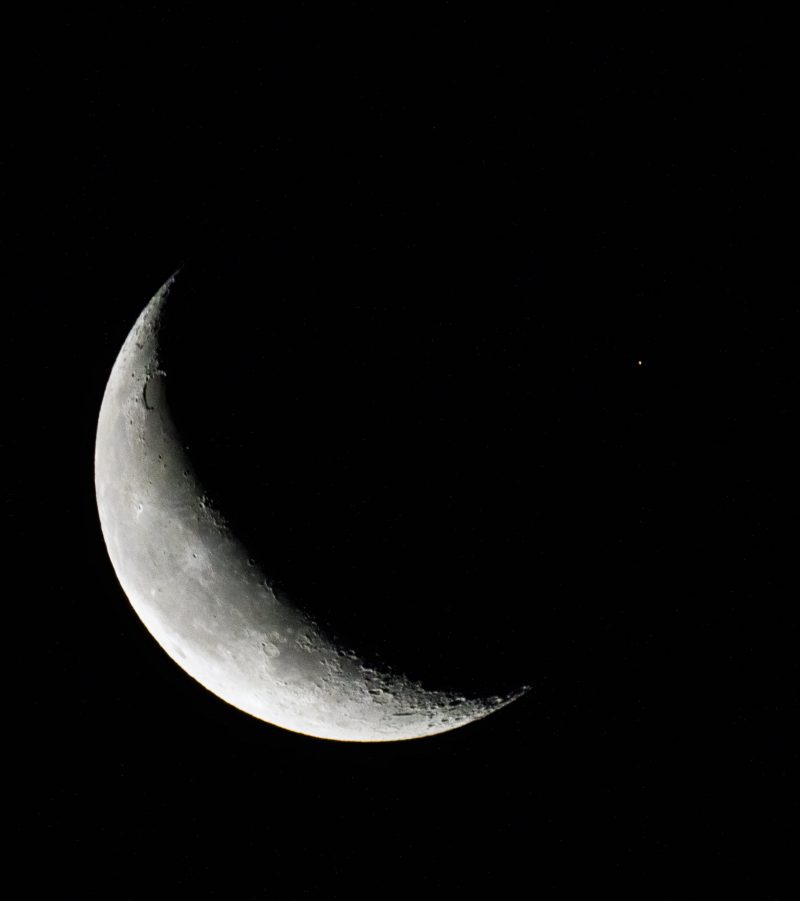 View at EarthSky Community Photos. | Mars – as it came out from behind the moon – as captured in Tucson, Arizona, on February 18, 2020, by Eliot Herman. Eliot used a Questar telescope and a Nikon D850 to capture the scene at 5:40 a.m. Mountain Time. Thanks, Eliot! 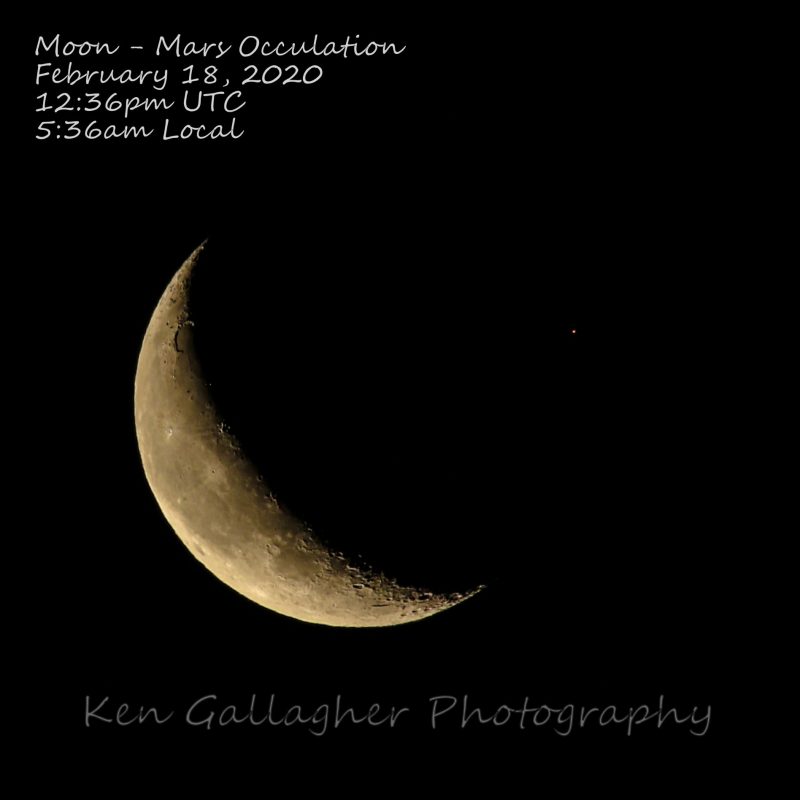 View at EarthSky Community Photos. | Ken Gallagher in Lake Havasu City, Arizona, wrote: “Overslept and missed beginning of occultation, but just in time to catch the end.” Super! Thanks, Ken! 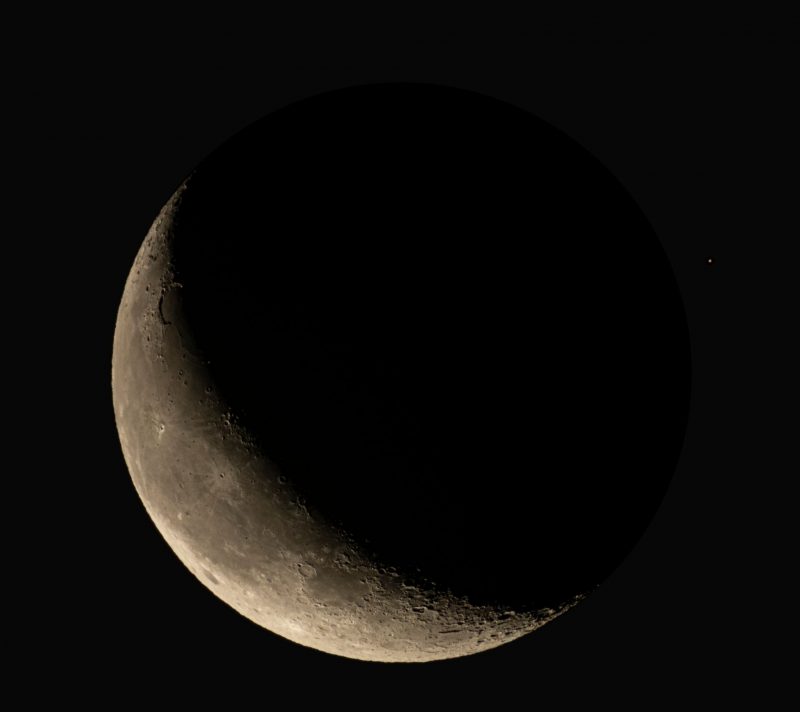 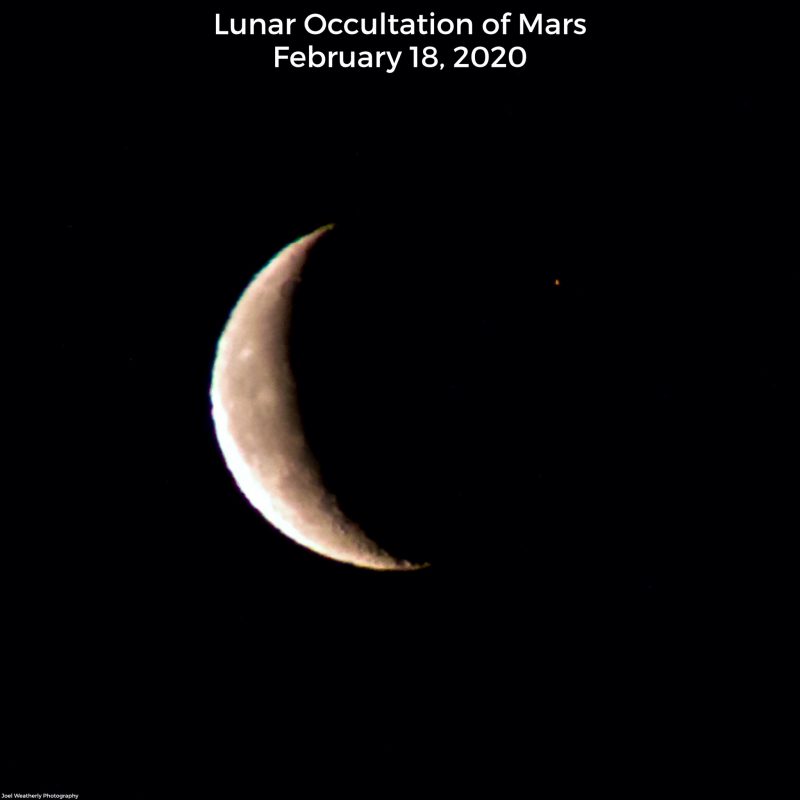 View at EarthSky Community Photos. | Joel Weatherly in Edmonton, Aberta, Canada, wrote on February 18, 2020: “Mars was peeking out from behind the moon mere moments after this morning’s lunar occultation of Mars. I encountered a lot of atmospheric turbulence this morning so the view was a little warbly, but it was still a neat event to see.” Thank you, Joel! 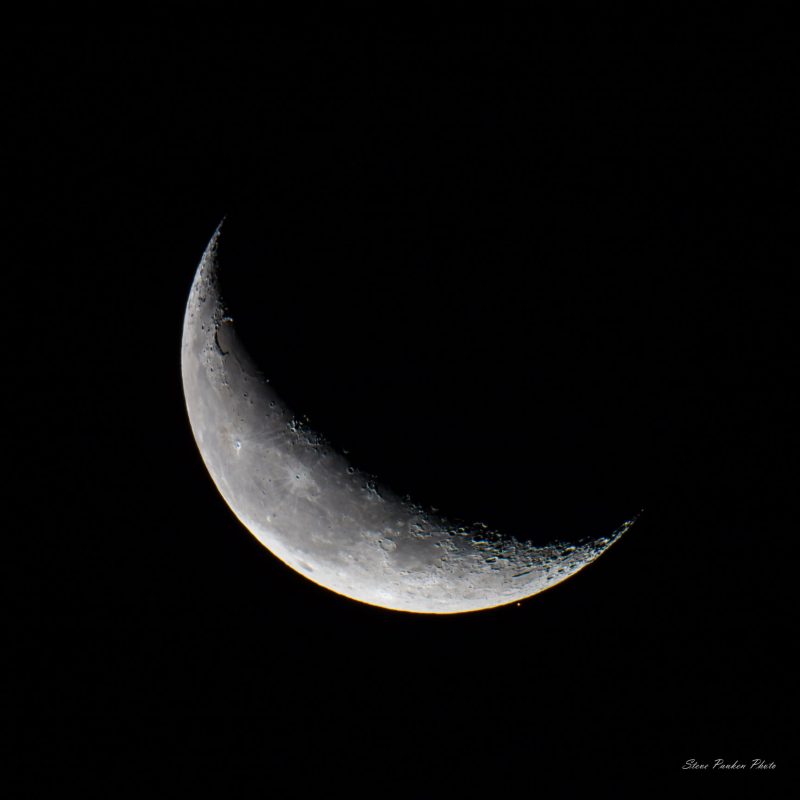 Steve Pauken in Bisbee, Arizona, caught the instant before the moon slid in front of Mars. 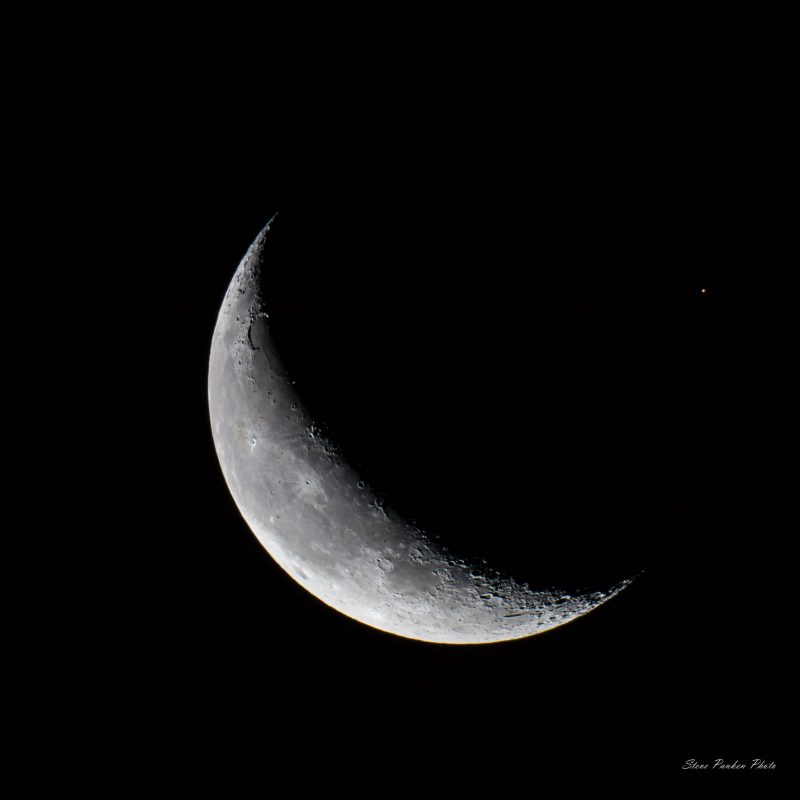 And Steve Pauken caught the instant after Mars emerged from behind the moon. 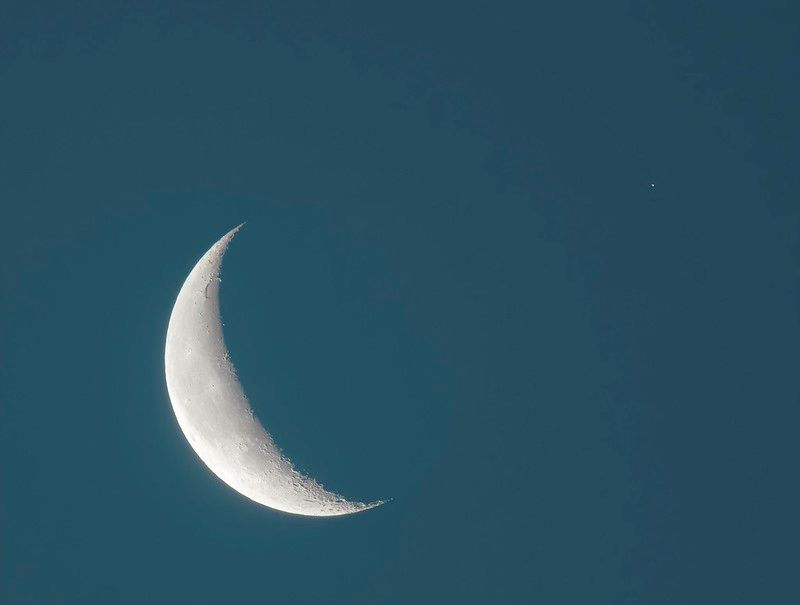 View at EarthSky Community Photos. Photographer Eliot Herman said: “Mars and Moon post-occultation fading in the breaking Tucson AZ dawn. Mars was still visible glowing red as dawn was breaking which made for a beautiful view.”

Bottom line: Photos from the EarthSky Community of the February 18, 2020, occultation of Mars by the moon.