See it! Jupiter and Mercury close

A beautiful drama is taking place low in the east before sunup this week. Giant planet Jupiter and innermost planet Mercury have swept close, with dazzling Venus above. Photos here from the EarthSky community. 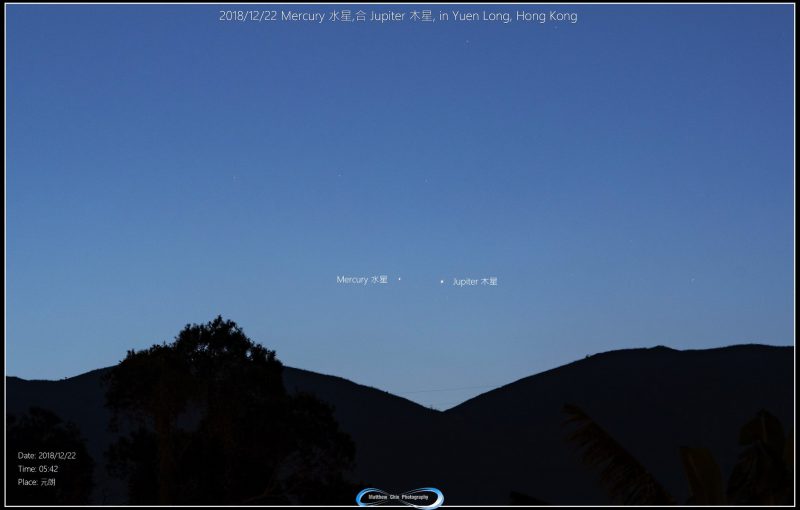 Matthew Chin in Hong Kong caught Mercury and Jupiter on December 22, 2018. Thanks, Matthew! 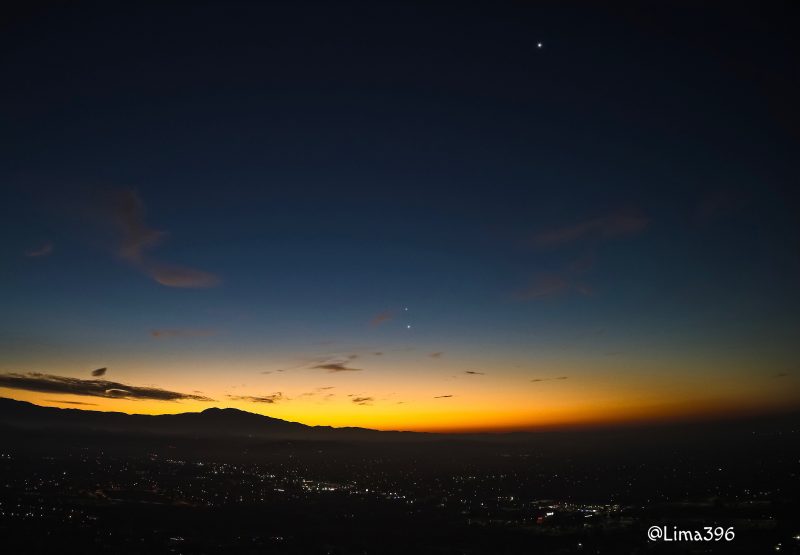 Michael Daugherty captured Jupiter, Mercury and Venus on December 20, 2018 in Orange County, California. He told us, “It was a beautiful sight to see the 3 planets in the morning sunrise.” 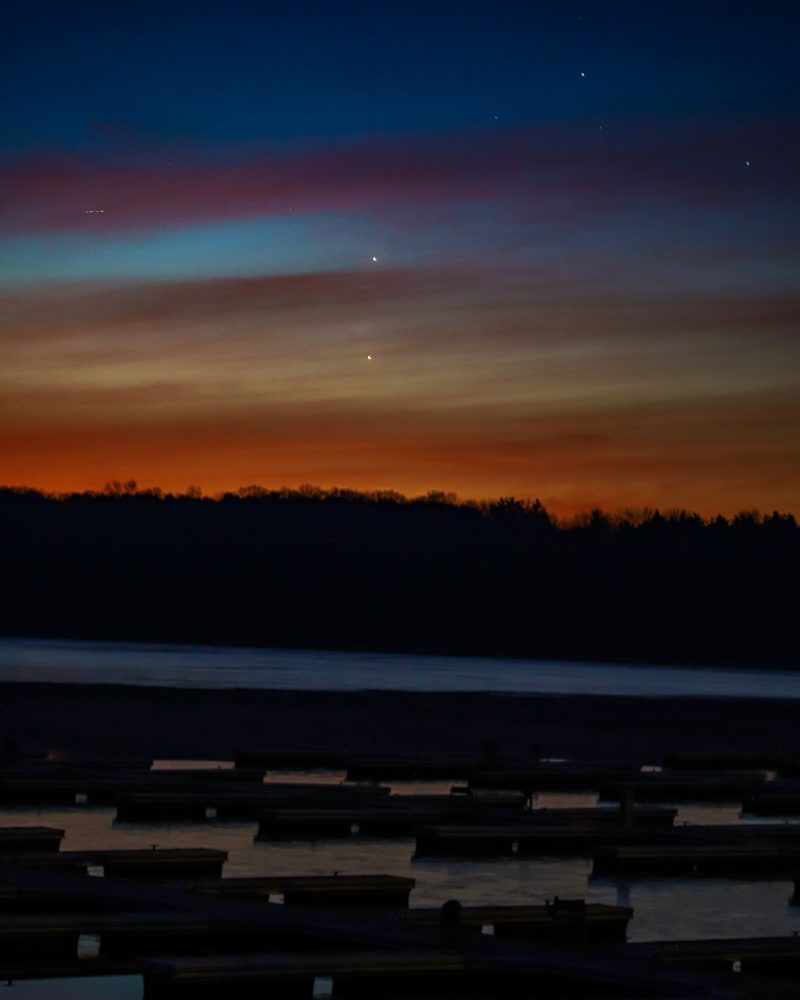 Photo by Karl Diefenderfer on December 20, 2018. He wrote, “Jupiter and Mercury rising before dawn this morning at the Lake Nockamixon marina in Quakertown Pennsylvania.” 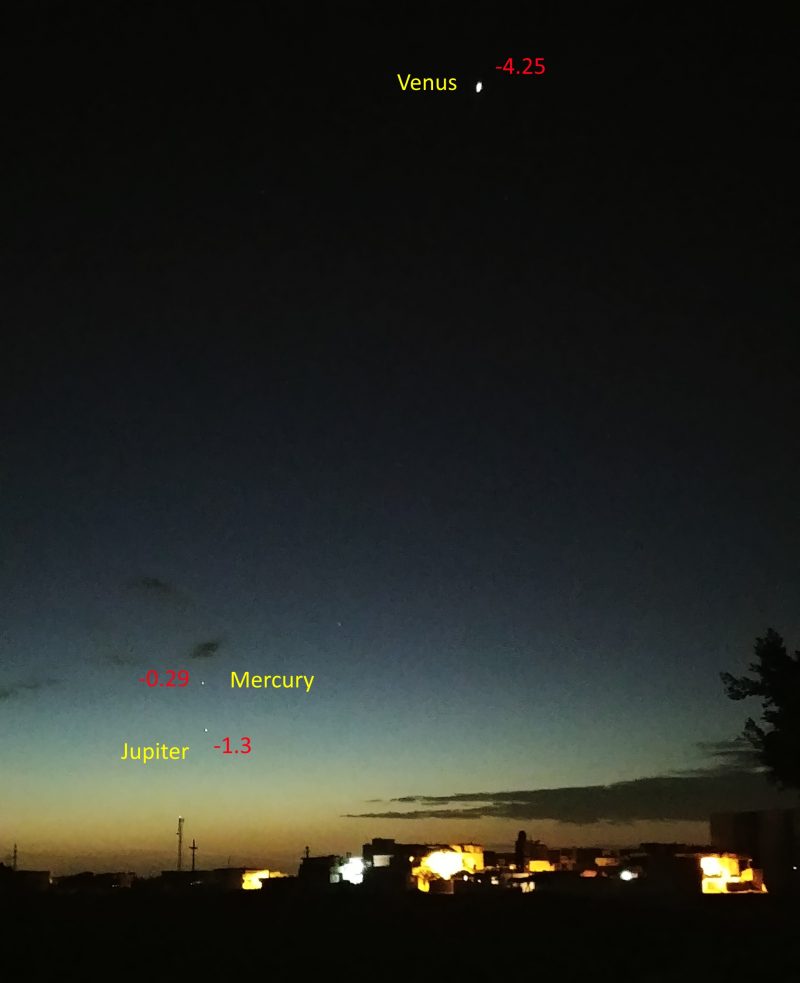 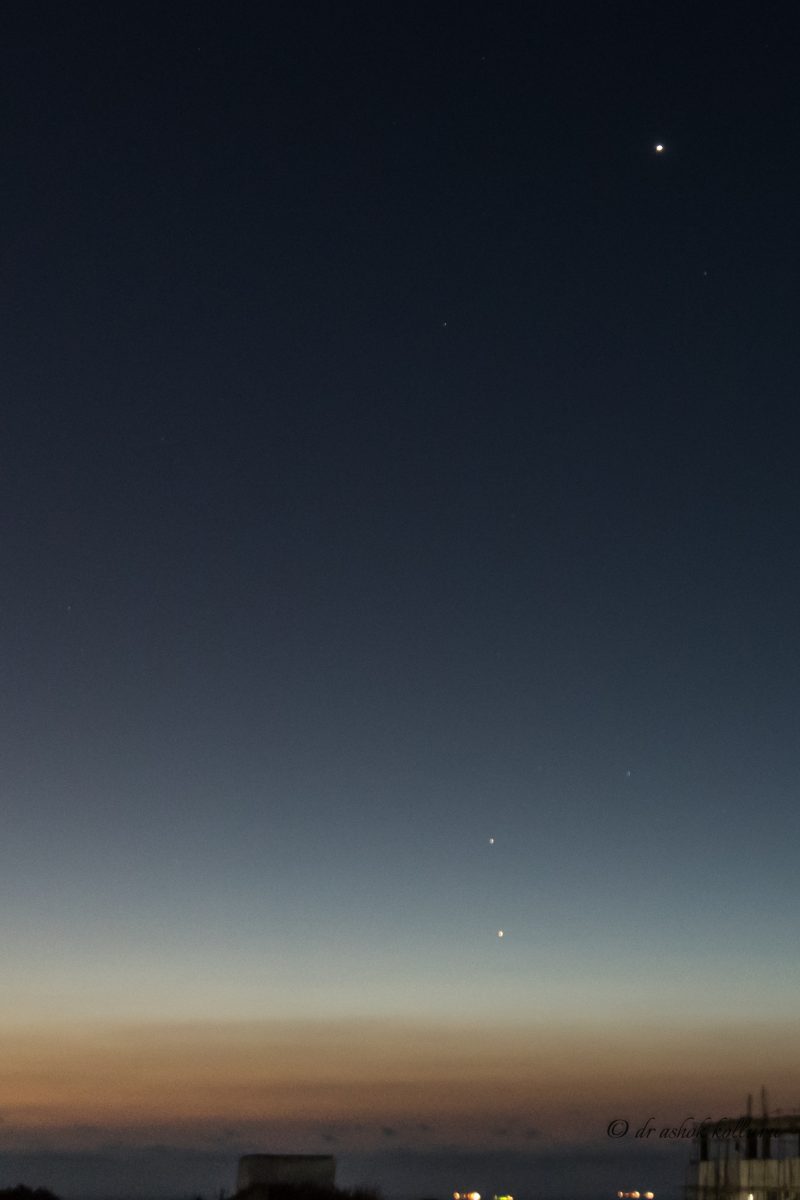 Ashok Kolluru in Visakhapatnam, India, said: “Thanks to the recent cyclone Phetai the skies seem to have cleared up…..and we are having good views of the planets! The lights at the bottom are ships at sea on the Bay of Bengal.” 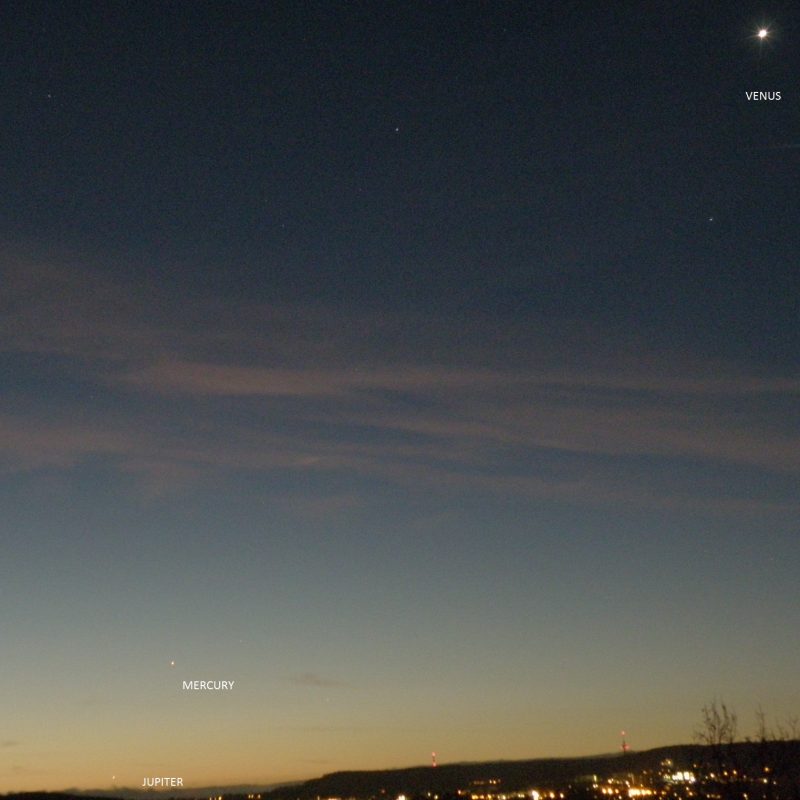 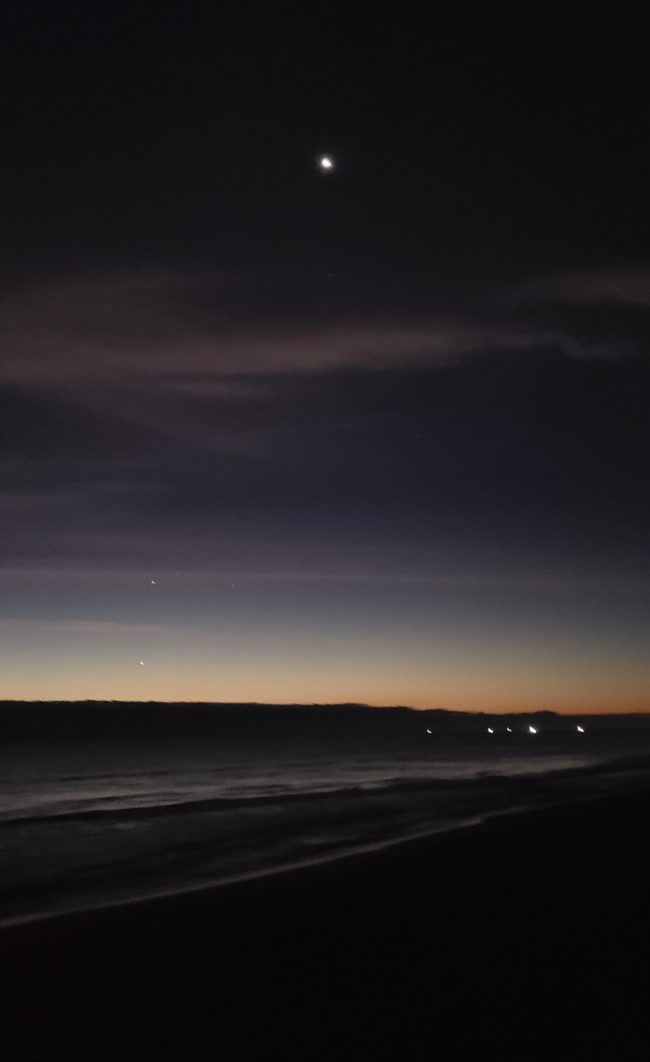 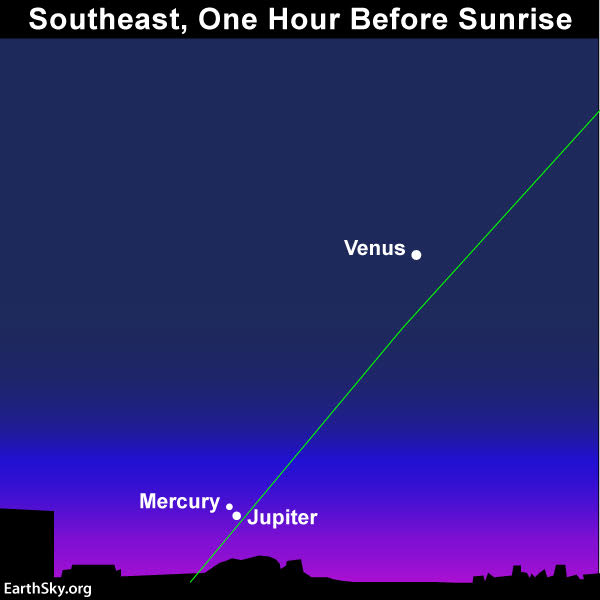 Watch for the close pairing of Jupiter and Mercury before sunup on December 21, 2018. Don’t miss the Jupiter-Mercury conjunction 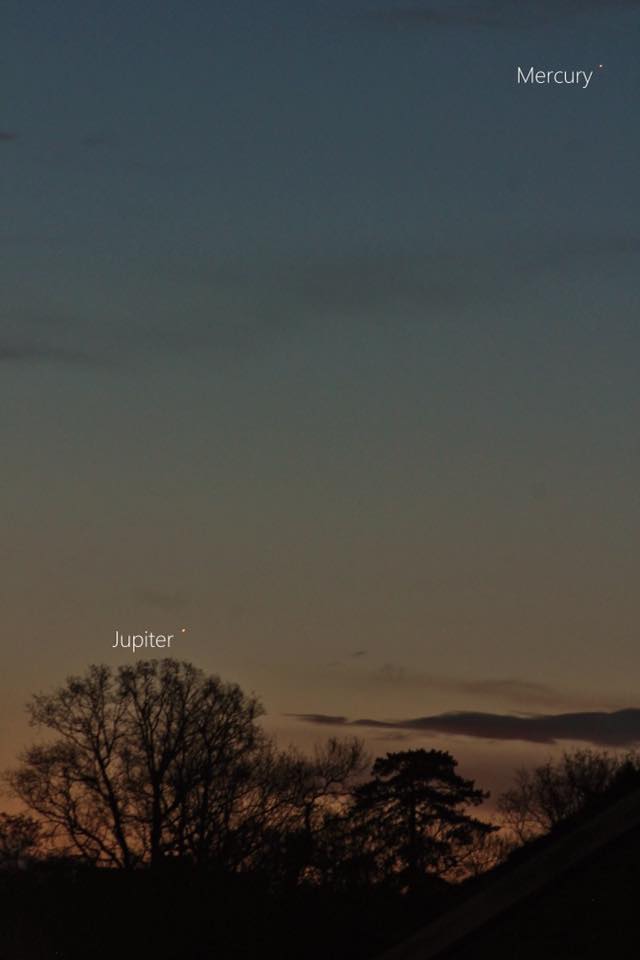 Steve Pond in southeast England caught both Mercury and Jupiter on the morning of December 16, 2018. Thanks, Steve! 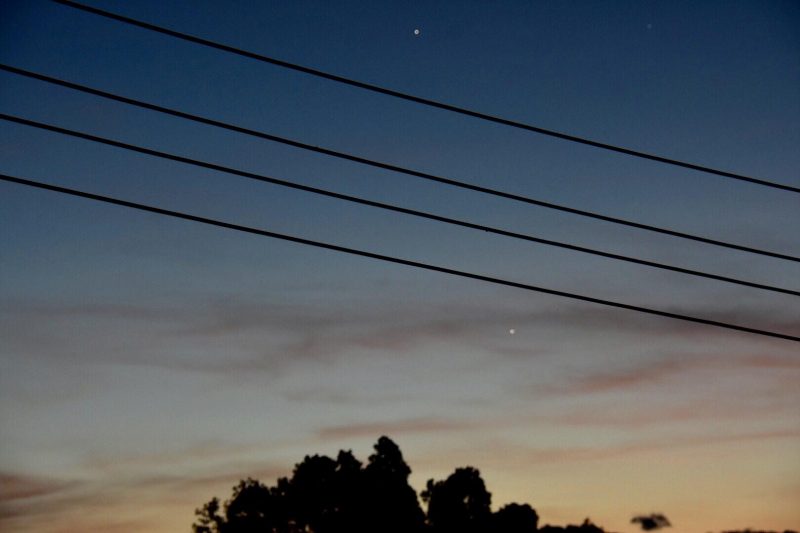 Jenney Disimon in Sabah, North Borneo, caught Jupiter (below) and Mercury (above) on the morning of December 16, too. Notice that their orientation is different with respect to the dawn horizon, in contrast to Steve Pond’s photo above, taken from England on the same morning. People all over the world can see Jupiter and Mercury, but – depending on where you are – the line the planets make above your horizon might be slanted left to right toward the sunrise, or right to left. Thanks, Jenney! 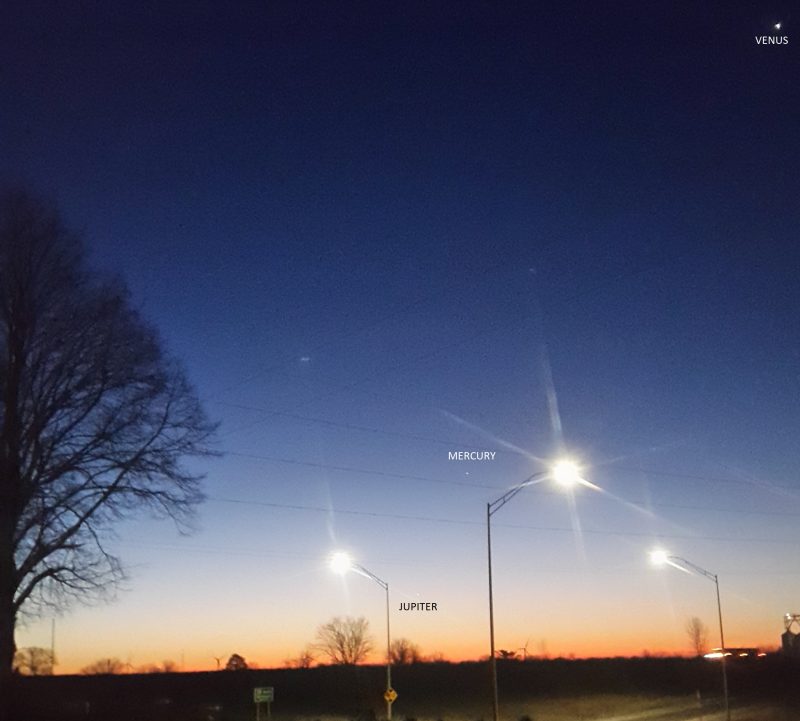 Bottom line: Photos from the EarthSky community of the bright planets in the east before sunup now. Venus is the extremely bright one. Mercury is closer to the horizon. Jupiter is just coming up over the horizon. On December 21, 2018, Jupiter and Mercury will be in conjunction, only 0.9 degrees (about 2 moon diameters) apart.