Thursday night was fantastic for auroras

Space weather forecasters predicted the possibility of strong geomagnetic storms, resulting in a strong display of the aurora borealis, or northern lights … and they were right! 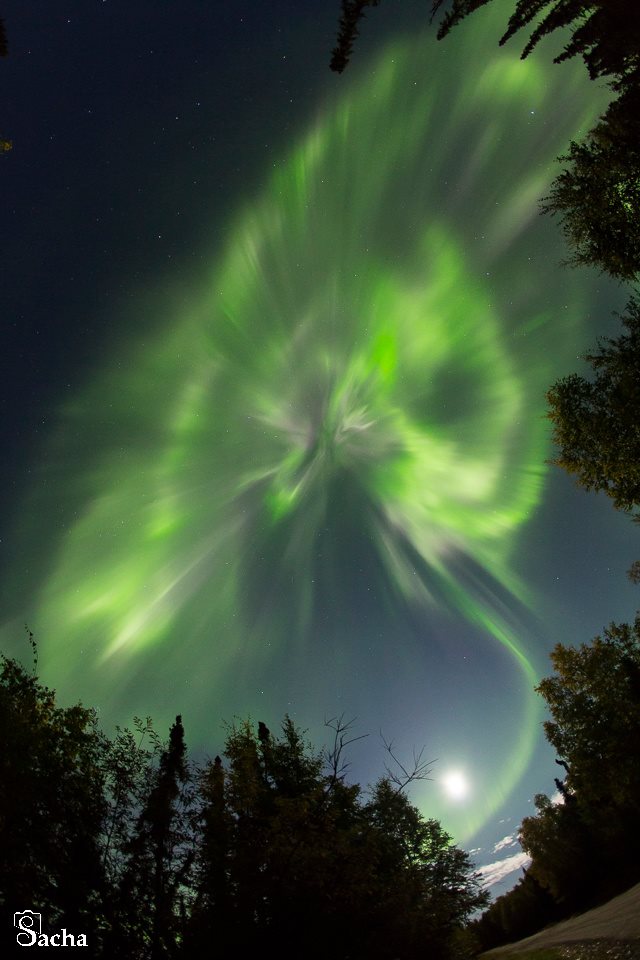 Activity on the sun this week prompted strong geomagnetic activity Thursday night (the night of September 7-8, 2017). Sacha Layos in Fairbanks, Alaska observed this outburst of auroras on Friday morning and captured the wonderful image above. Spaceweather.com said:

The debris from Wednesday’s monster X9-class solar flare reached Earth [Thursday night] and its impact was everything forecasters expected. A severe G4-class geomagnetic storm commenced, sparking auroras over Scandinavia so bright they actually stopped traffic … The storm was still going strong as night fell over North America. For a while, Northern Lights spilled across the Canadian border into the USA as far south as Arkansas – in addition to Maine, Connecticut, New York, Kentucky, Indiana, Missouri, Delaware, Michigan, North Carolina, Ohio, Iowa, Maryland, Virginia, Vermont, North and South Dakota, and other states.

The geomagnetic storm is largely subsiding now. But Spaceweather.com said:

High-latitude sky watchers should remain alert for auroras … as the solar wind continues to blow faster than 700 km/s. Isolated periods of strong storming are possible in the hours ahead. 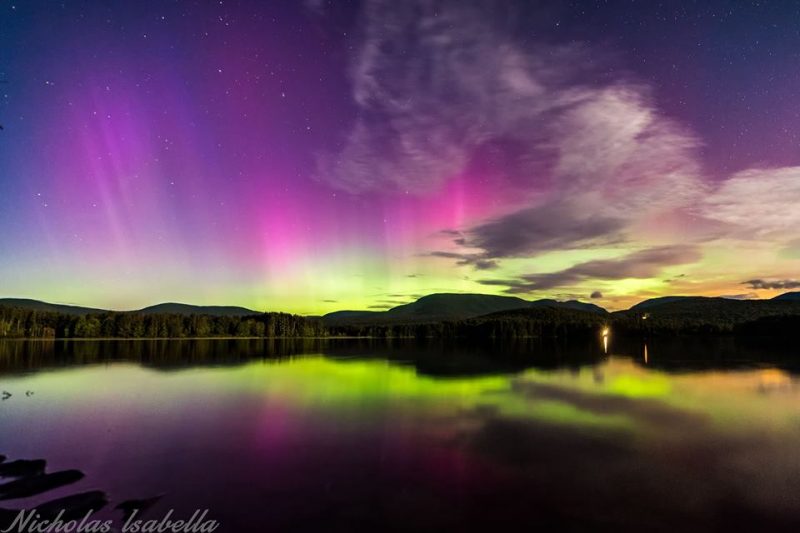 Photo taken on the night of September 7-8 by Nicholas Isabella. He wrote: “Last evening’s aurora borealis – also known as the northern lights – over a lake in the Catskills region of New York. It amazes me that you can get dark enough skies just two hours away from New York City. A massive geomagnetic storm is underway, giving us an opportunity to experience this amazing light show. I was lucky to capture these photos before the moon was high enough in the sky to drown out the colors.”

Bottom line: Photo from Alaska of the strong aurora on the night of September 7-8, 2017.