Late May is typically the start of the season for noctilucent clouds, aka night-shining clouds. A photographer in Denmark has already captured some! 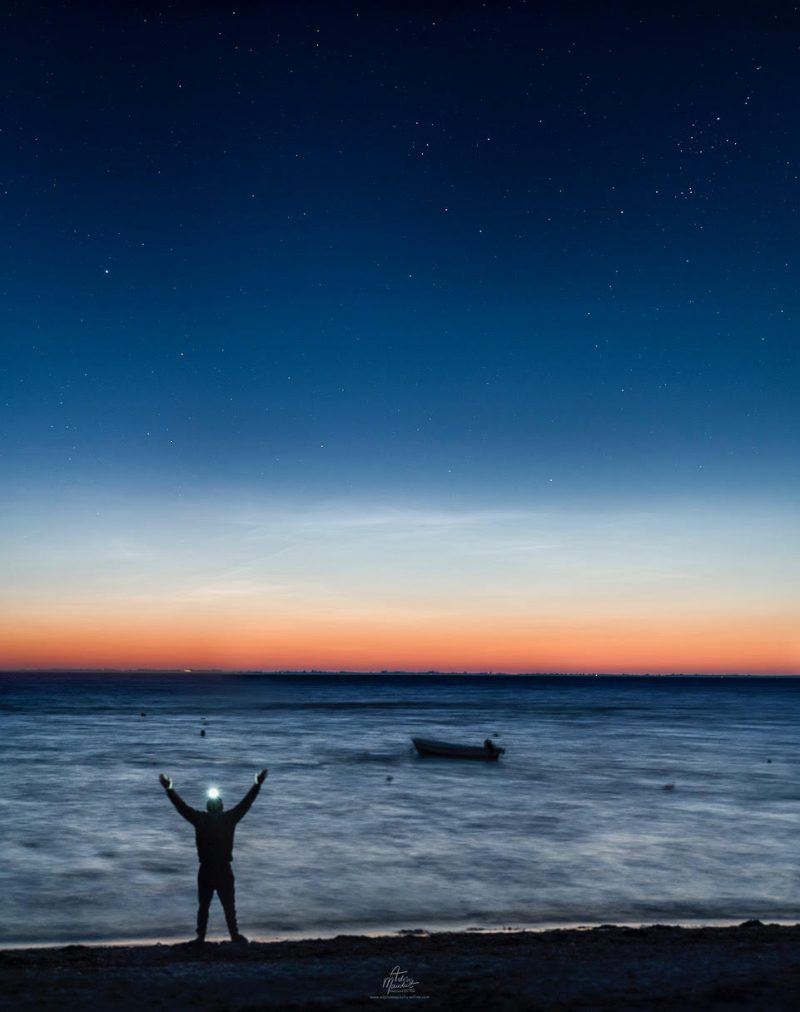 Noctilucent clouds – also known as “night-shining” clouds – captured from Denmark on May 25, 2017 by Adrien Mauduit. The clouds tend to be seen at high latitudes during the summer months.

I caught my first real and confirmed noctilucent clouds of the season last night. I shot the pictures on Ordrup Strand in the northwest of Sjælland from midnight to about 2 a.m. I used Canon 6D and Sony a7rII to take the shots, along with various lenses. One can see type I (patch) and II (bands), and I am waiting for more displays as the season goes on!

Noctilucent clouds form in the highest reaches of the atmosphere – the mesosphere – as much as 50 miles (80 km) above the Earth’s surface. They’re are thought to be made of ice crystals that form on fine dust particles from meteors. They can only form when temperatures are incredibly low and when there’s water available to form ice crystals.

Why do these clouds – which require such cold temperatures – form in the summer? It’s because of the dynamics of the atmosphere. You actually get the coldest temperatures of the year near the poles in summer at that height in the mesosphere. Read more: The secrets of night-shining clouds.

Bottom line: Photo of noctilucent clouds seen over Denmark on May 25, 2017.