The fire and the fireball

A bright meteor is called a fireball. This one creates a backdrop to clouds of smoke from an actual fire that – as of Saturday – had burned some 9,000 acres and was only 10% contained, according to Inciweb. 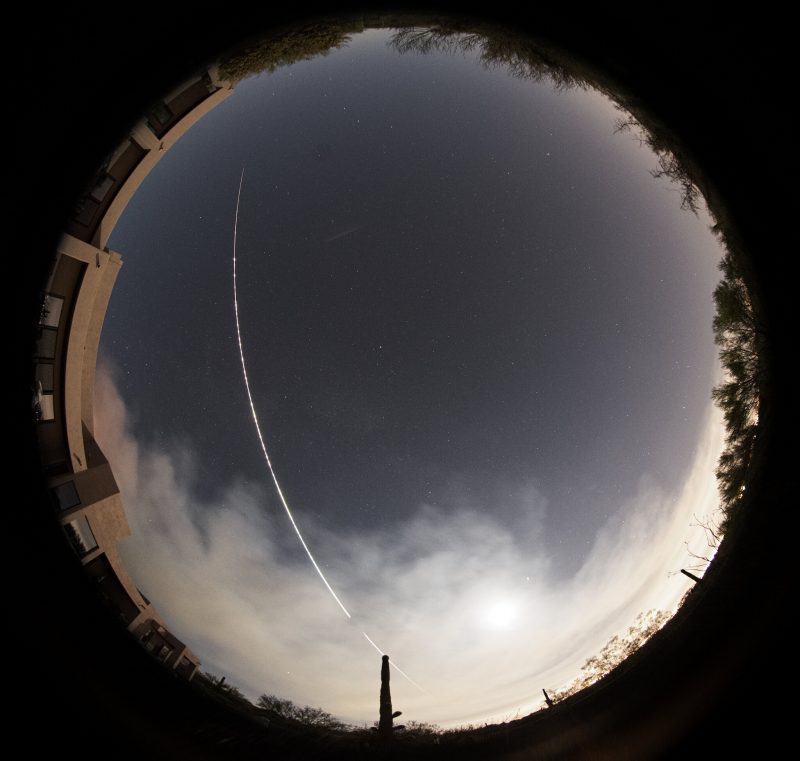 View at EarthSky Community Photos. | Eliot Herman captured this image on June 9, 2020. The bright streak is a fireball, or particularly bright meteor: a bit of space debris entering Earth’s atmosphere and vaporizing as it falls. The “clouds” are smoke from the Bighorn fire, which is still raging.

The fire and the fireball! Bright Earth-grazing fireball in Tucson, Arizona, during Bighorn forest fire.

The ‘clouds’ to the north are really smoke from the Bighorn fire that was lit by lightning on June 5 and is still underway. The gap in the middle is the click of the camera which is under 0.5 seconds; a calculation of line flight makes this at least a 6-second transit across the field of view. This is a stack of 2 images. 2:11 a.m. A bright moon lights the smoke.

See more about this meteor via the American Meteor Society

Read about the Bighorn fire on Inciweb. 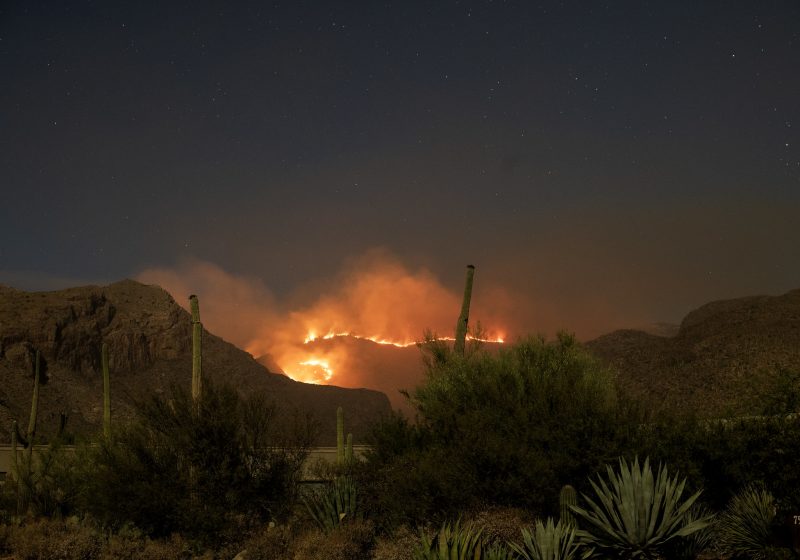 The lightning-lit Bighorn fire in the Tucson, Arizona, foothills on June 7, 2020. Eliot Herman, who captured this image, wrote on June 7: “The view from my front door after Friday’s lightning storm caused a fire in the National Forest to the north. Photo at about 4 a.m. The full moon illuminates the landscape. No danger or evacuation (yet).” Since then, evacuations have been ordered. Eliot has more photos of the fire; see them here.

Botton line: A bright meteor – also known as a fireball – captured in Tucson, Arizona, on June 9. The “clouds” are smoke from the Bighorn fire.