Photos from EarthSky community members around the world, showing what the December solstice – bringing winter to half of Earth, and summer to the other half – means to them. Thanks to all of you for sharing these evocative images with us! 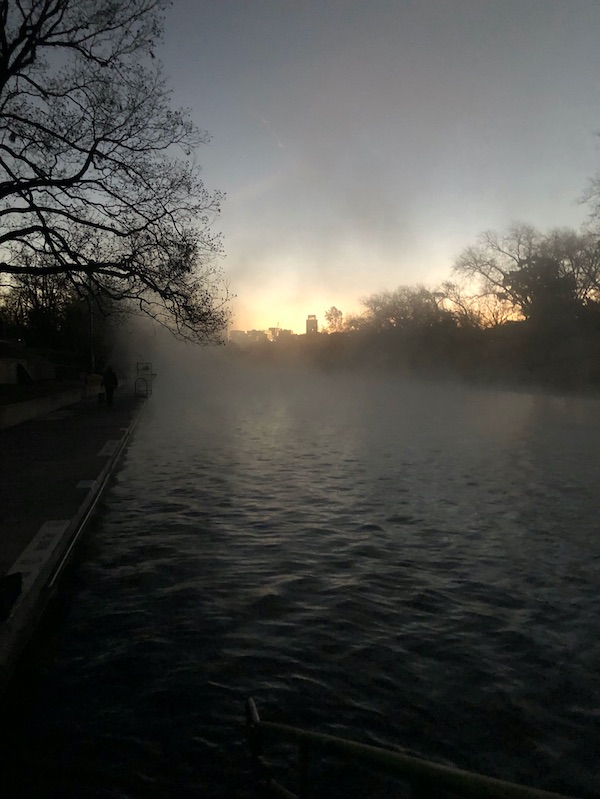 View at EarthSky Community Photos.| Taken on the morning of the 2020 December solstice by EarthSky’s own Deborah Byrd in Austin, Texas. Deborah said: “My neighbor and I took a dip with the ladies of the famous Barton Springs solstice swimmers this morning. Happy solstice – and happy great conjunction of Jupiter-Saturn – to you all!” 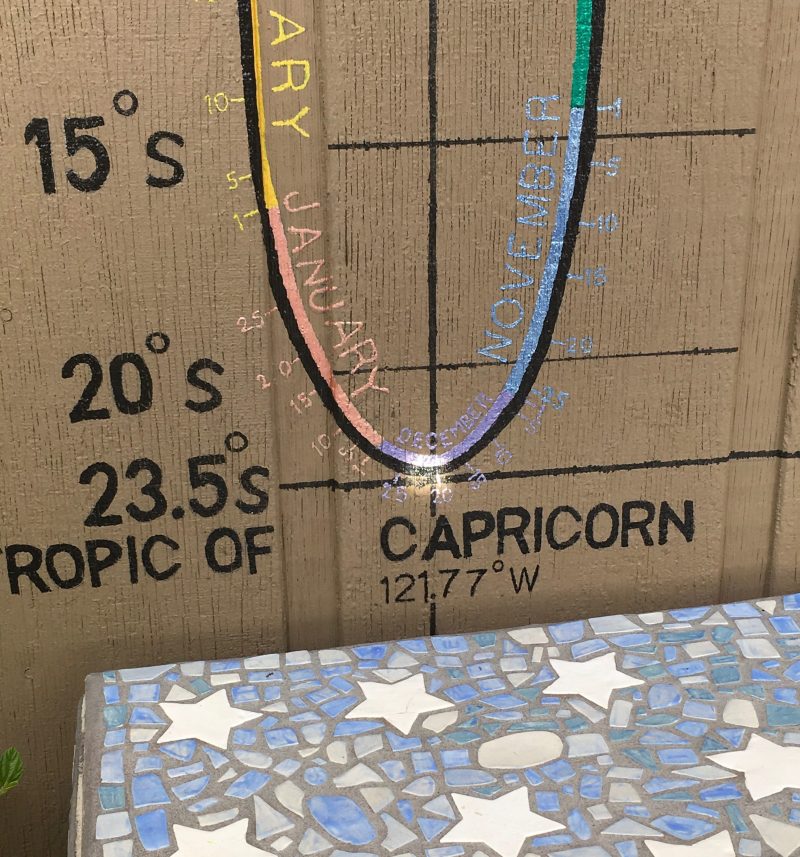 View at EarthSky Community Photos. | Rick Williams of Woodland, California, wrote in December 2020: “This was taken one day before last year’s solstice, at noon. I have a small mirror in front of my house, which reflects the sun onto my outside wall. Every day, I mark the reflection on the wall exactly at noon, which delineates an analemma over the course of a year. It took me a couple of years to get it done. Since the sun is lower in the sky, its reflection is lower on the wall. At the solstice (sol = sun, sistere = to stand still), the sun seems to pause and reverse its course. It is directly overhead at noon at 23.5 deg S, Tropic of Capricorn.” 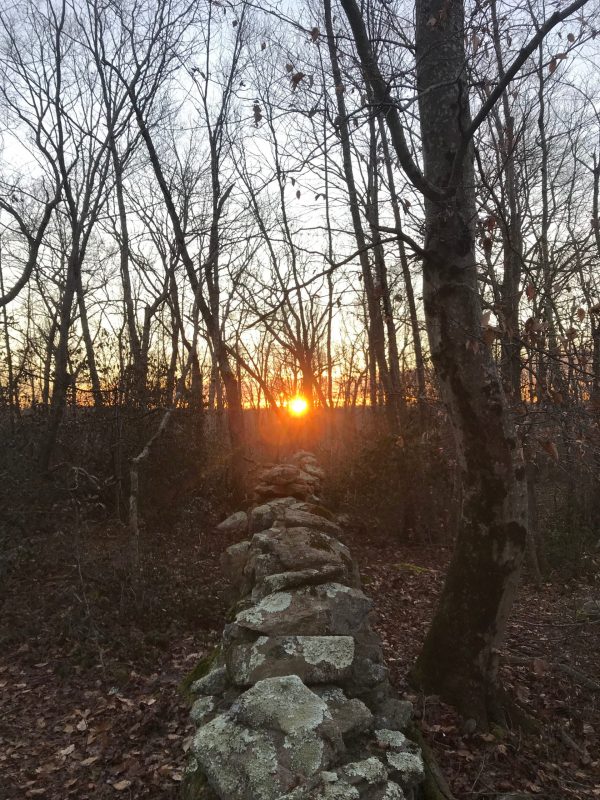 View at EarthSky Community Photos. | Markham Starr captured this image on last year’s solstice (December 21, 2019) in North Stonington, Connecticut. He wrote: “Native American winter solstice sunrise wall. Sun rises over the next hilltop 7/10ths of a mile away. There is a spring right where the sun rises over that ridge line, so the sun also rises over water.” 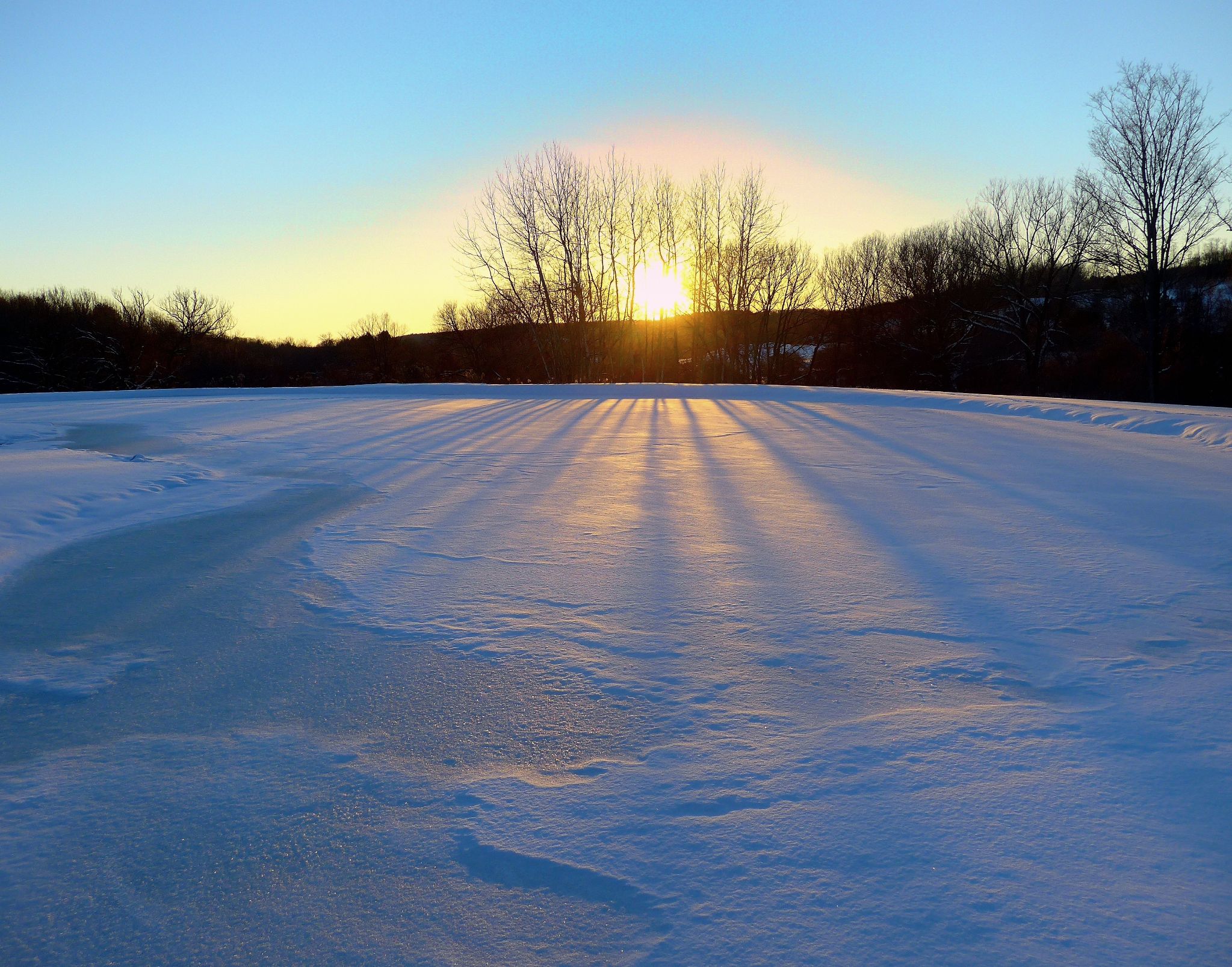 View at EarthSky Community Photos. | Leslie Scopes-Anderson in Cooperstown, New York, captured this image at the December 2017 solstice. She wrote: “Sunset on a frozen pond shows the returning of the light.” Thank you, Leslie! 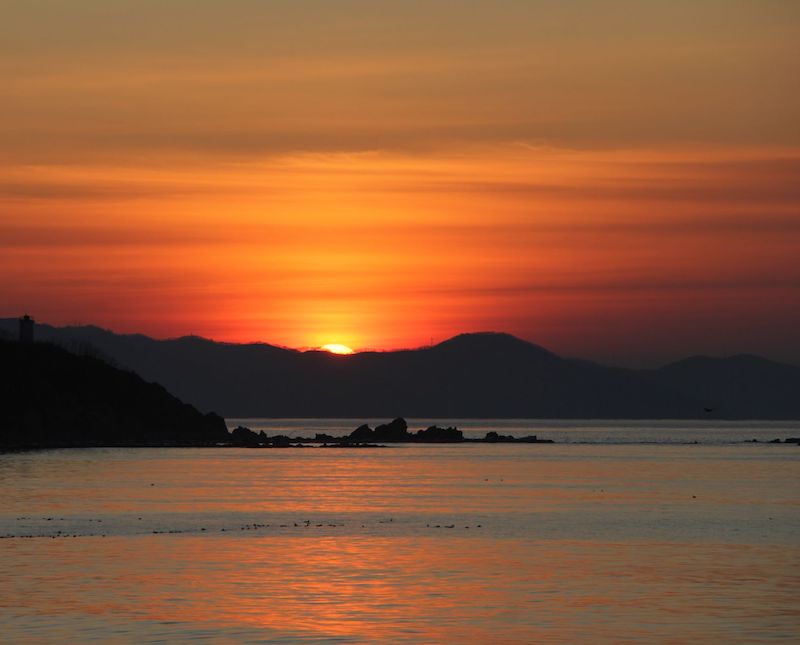 View at EarthSky Community Photos. | Filipp Romanov in Yuzhno-Morskoy, Russia, captured this image of last year’s solstice sunrise over a lighthouse and ducks in the Sea of Japan (December 22, 2019). 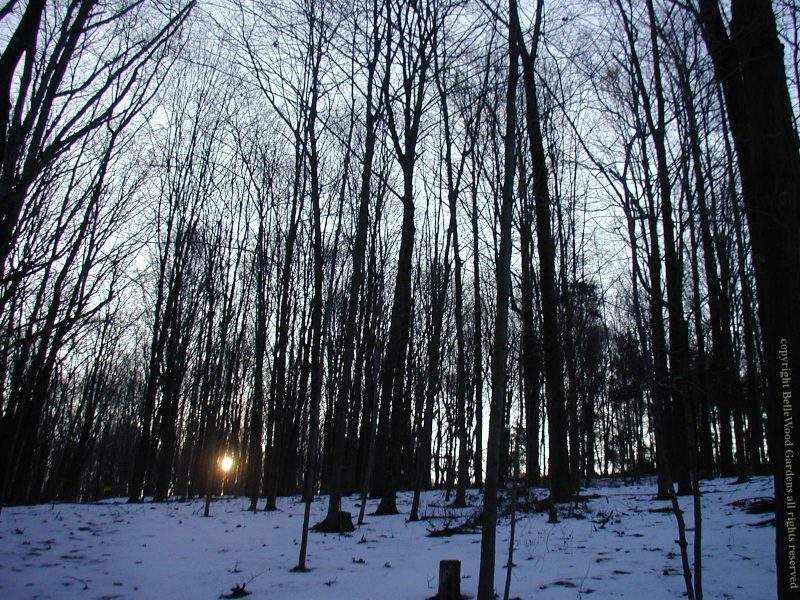 Judy Glattstein in New Jersey wrote in 2016, “Houses here are spread apart. No chimneys, no standing stones. But in the cold of a solstice morning the trees serve to define the rising of the sun.” 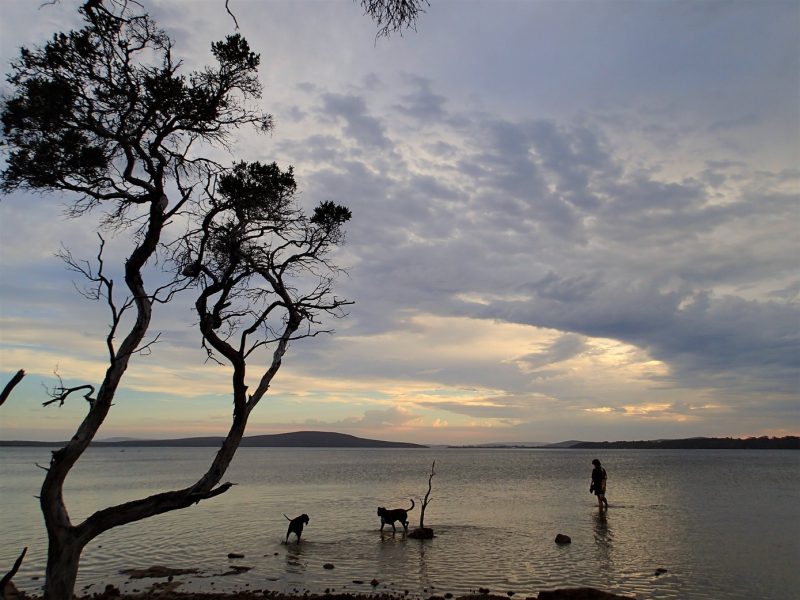 Andrea Deegan caught this image at the moment of the December solstice in 2016. But it was the summer solstice, not the winter solstice, at Oyster Harbour, Australia. 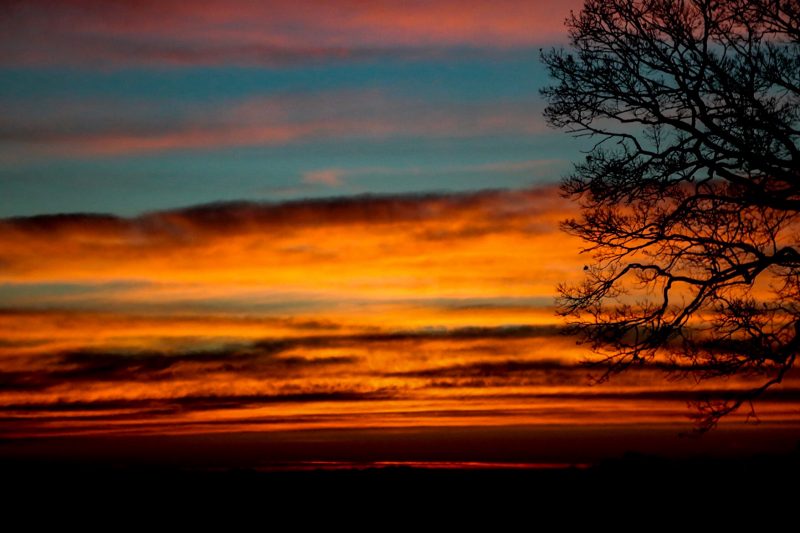 Karl Diefenderfer in Yardley, Pennsylvania, wrote: “First light of winter 2016.” For the entire globe, this solstice marks the most southerly sunrise of the year. For the Northern Hemisphere, it means a low sun crossing the sky throughout the day. 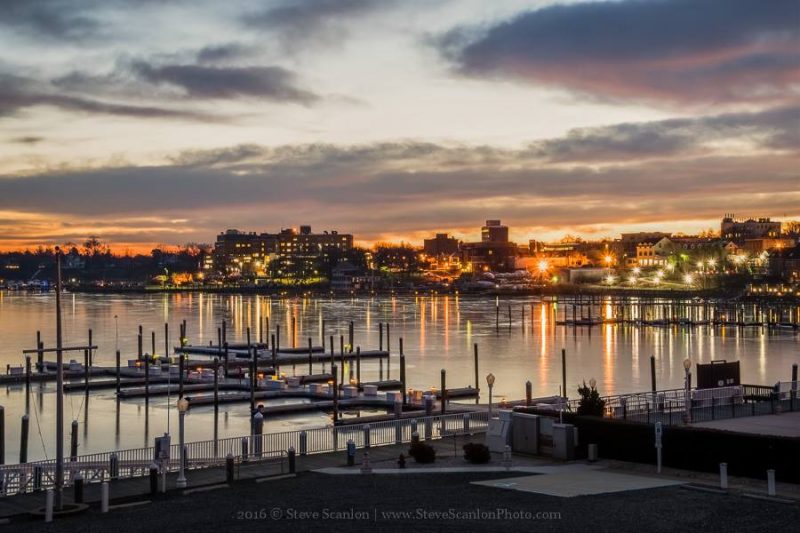 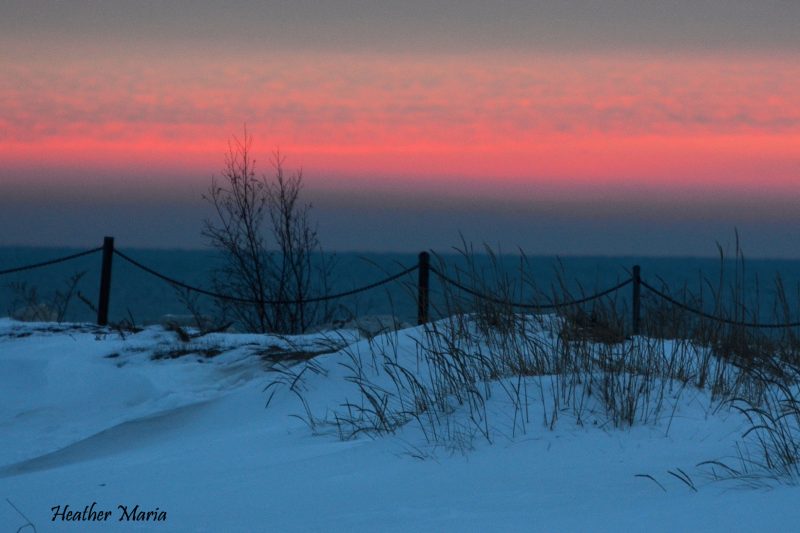 The sun rises on the morning of the solstice – December 21, 2016 – on a cloudy day at Grant Park Beach in South Milwaukee, Wisconsin. Photo by Heather Kamine. 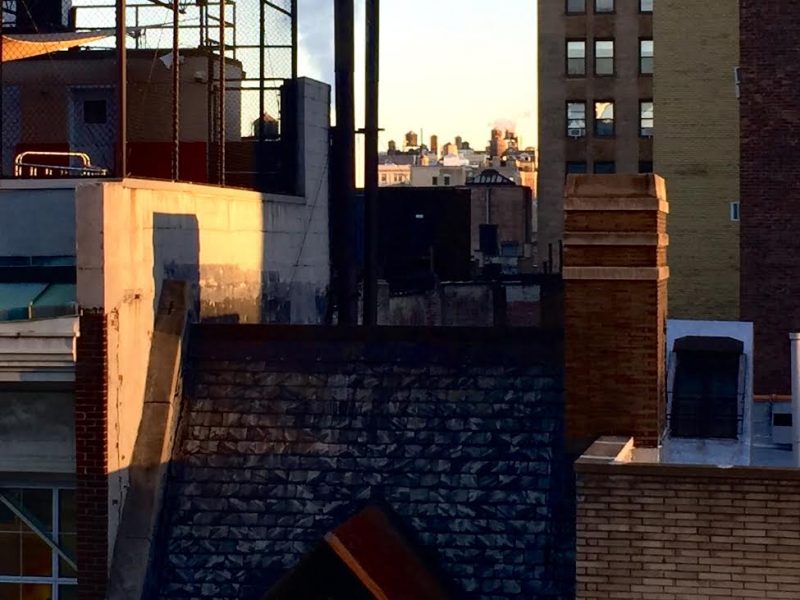 These next few are all about shadows. Ben Orlove wrote in 2016: “On the mornings close to the winter solstice, when the sun’s course is at its lowest and southernmost, the shadow of a chimney across the street from my building falls directly on the peak of the adjacent roof and lands on the wall next to it. Our own Stonehenge!” Read more about this image. 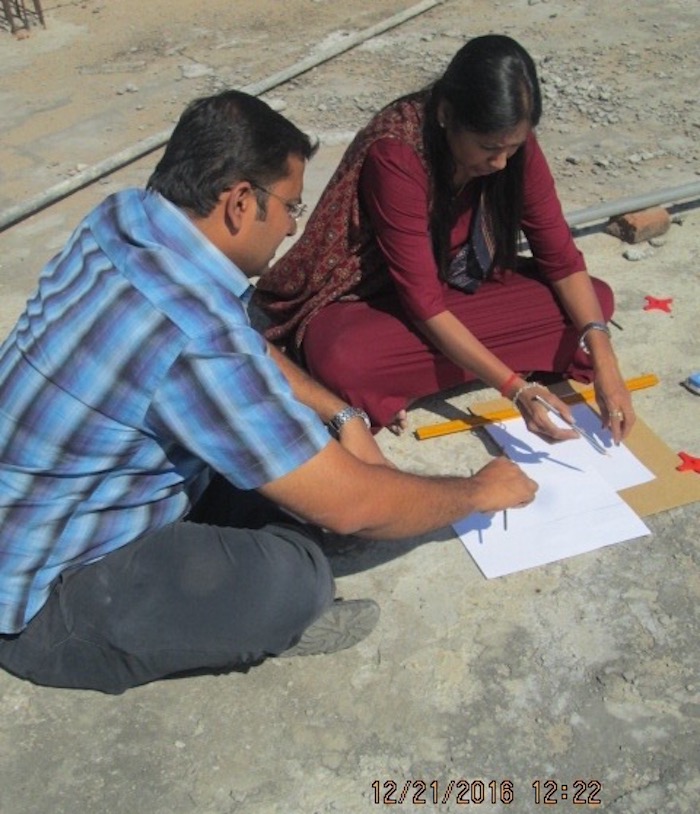 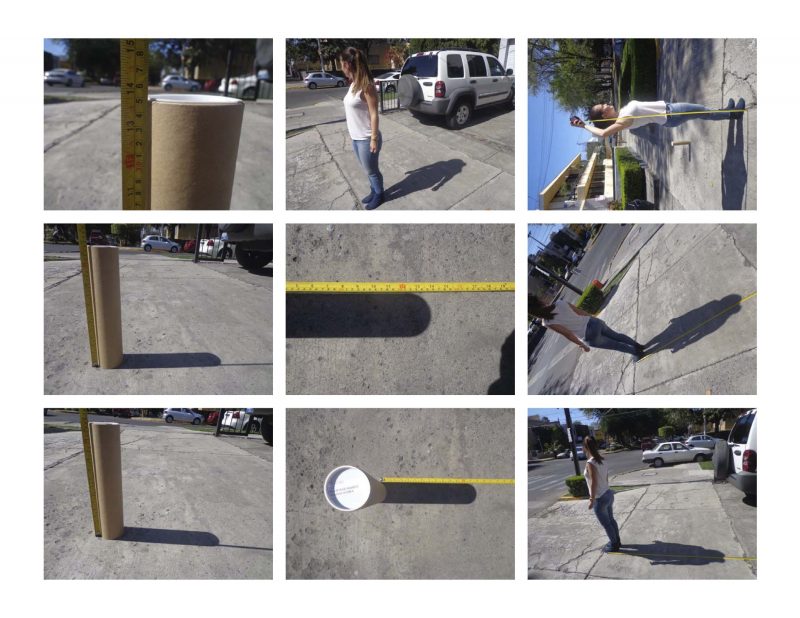 Ramón Ruiz Velasco in Guadalajara, Mexico, wrote in 2016: “Because the latitude of Guadalajara is approximately 20 degrees north, the angle of the sun at the winter solstice is 45 degrees. Applying geometric calculus shows the tangent in 45 degrees is equal to # 1 value, which makes that any shadow measures exactly the same as its height.” 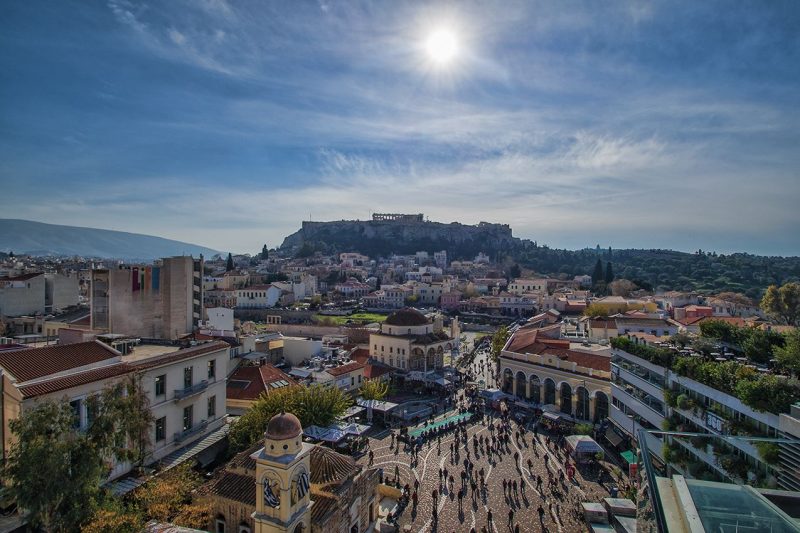 Athens, Greece, at noon on the day of the solstice – December 21, 2016 – by Nikolaos Pantazis. Notice the long shadows! 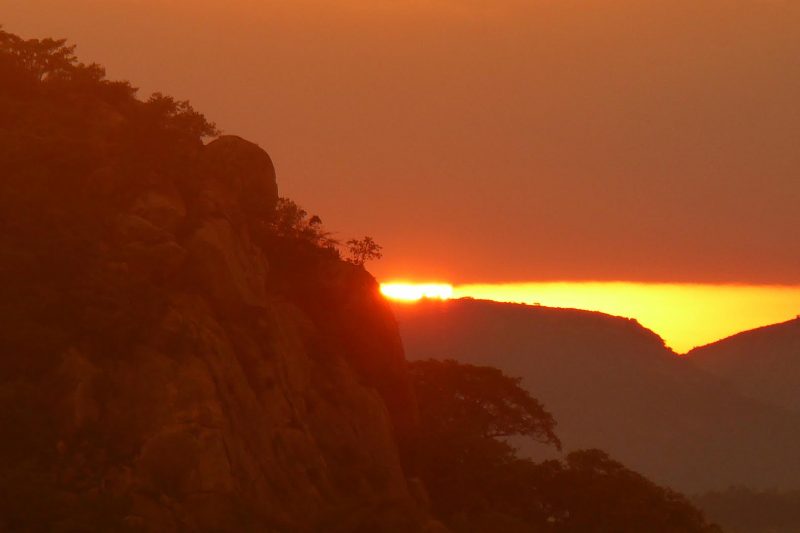 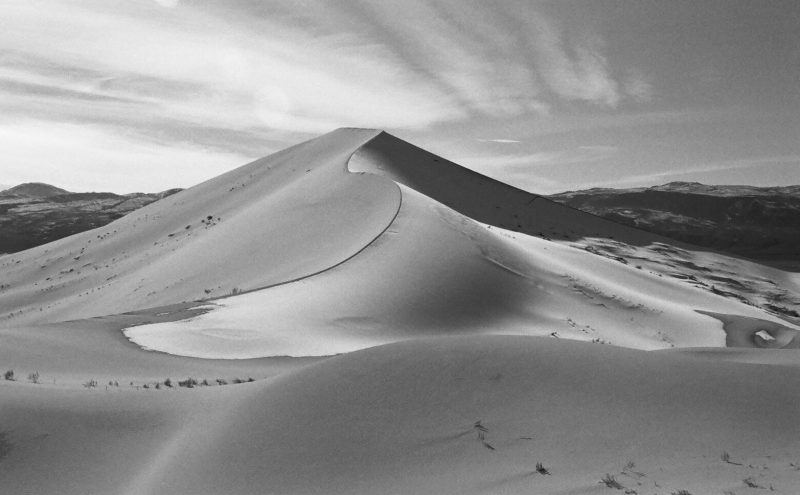 View at EarthSky Community Photos. | Wells Shoemaker captured this image on the day of the December solstice in 2005 in Death Valley National Park. He said: “The Eureka Dunes, rising 750 feet (230 meters) above the desert floor, are among the tallest in North America. The low solstice sun casts the longest shadows of the year.”

Bottom line: For the 2020 December solstice, a gallery of photos from around the world.