The link between the constellation we know as Orion the Hunter and the Chinese New Year, celebrated throughout Southeast Asia and the world, and coming in 2017 on January 28. 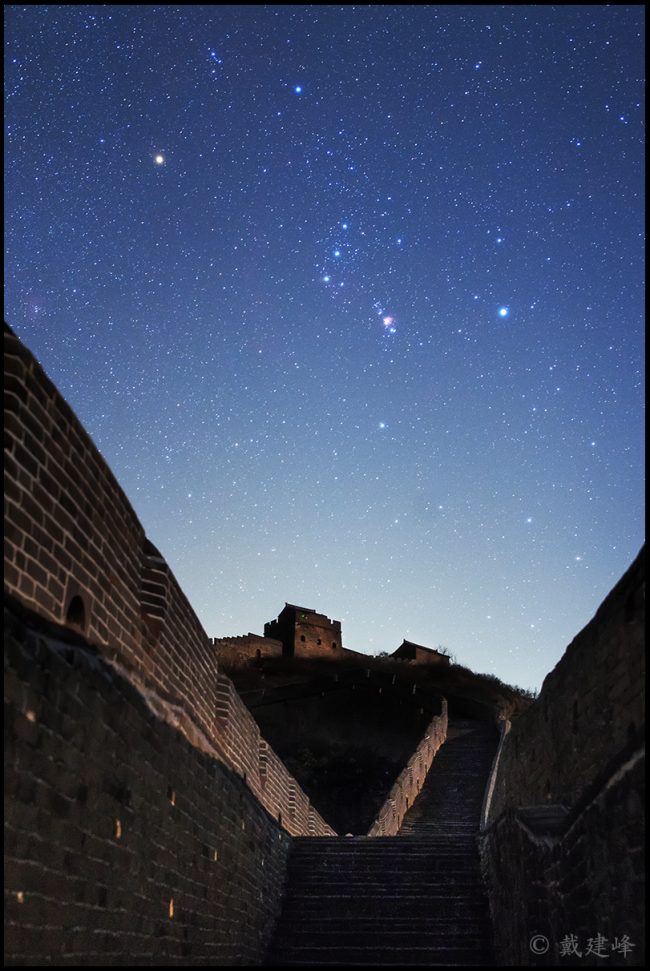 Jeff Dai captured this image of the constellation Orion on January 3, 2017. He wrote:

Orion the Hunter shines brightly above the Great Wall, the best-known of China’s landmarks. The ancient Chinese focused on the three lined-up prominent stars of Orion, which are regarded as the three gods of fortune, prosperity and longevity. When the three gods shine highly at the southern sky after sunset, that means it’s time for the spring festival, the traditional Chinese New Year.

Over a billion people in China and millions around the world will celebrate the the Chinese New Year – the most important of Chinese holidays – on January 28, 2017. It’s a lunar new year and so the date is based on the date of new moon. Festivities continuing for 15 days and culminating with the Lantern Festival. Each year is associated with one of 12 animals in the Chinese zodiac. For 2017, it’s the Year of the Rooster.

Many countries in Southeast Asia celebrate the Chinese New Year, including China, Thailand, Indonesia, Malaysia, and the Philippines. It’s also celebrated in Chinatowns and Asian homes around the world. It’s considered a time to honor deities and ancestors.