Nacreous clouds – also called mother-of-pearl clouds – are putting on a show in the UK this week. Check out these photos from the EarthSky community. 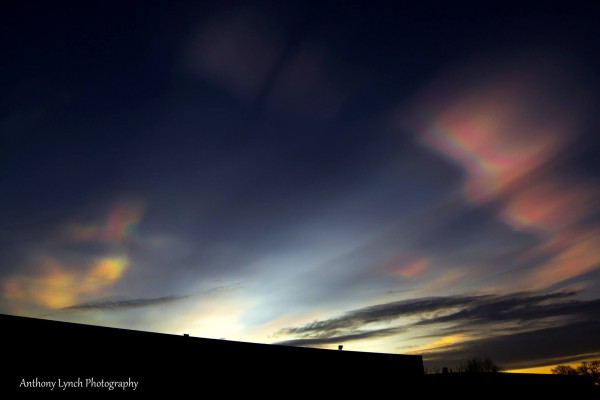 We began getting photos of nacreous clouds on our Facebook page on Monday (February 1, 2016), from the UK. These clouds – sometimes called polar stratospheric clouds, or mother-of pearl-clouds – are putting on amazing display there this week! Les Cowley at the great website Atmospheric Optics has posted several photos of them in his Optics Picture of the Day. Tuesday morning, he wrote:

There were yet more spectacular polar stratospheric clouds (PSCs) this morning (and in daytime) over Ireland and UK. The low stratospheric temperatures continue and we should see more after sunset this evening (February 2, ’16).

… Pictures give a true picture of how these rarest of clouds actually appear in the sky. But the reality is better.

He also said that – on February 2 – the clouds were faintly visible in a daylight sky all day in East Anglia, an area in the east of England. And he said:

After sunset, they became more dramatic. 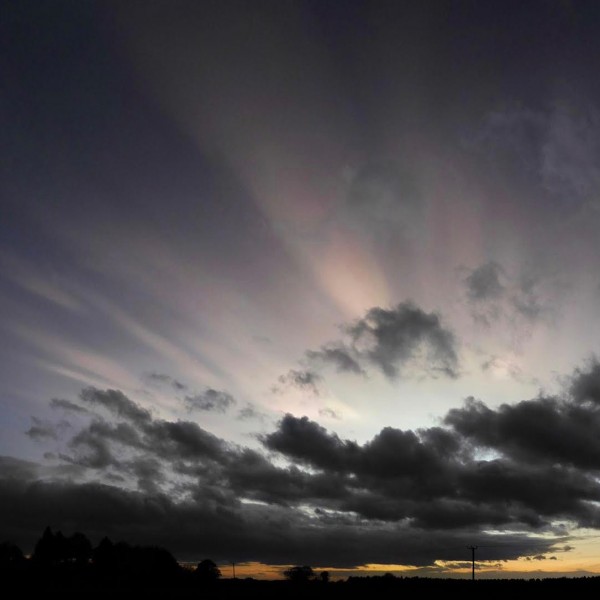 Les Cowley captured this shot of the nacreous clouds after sunset on February 2, 2016. He told EarthSky: “If this goes on any longer, my camera will be worn out!”

Les also posted a beautiful explanation for these clouds, saying:

Nacreous clouds, sometimes called mother-of-pearl clouds, are rare but once seen are never forgotten. They are mostly visible within two hours after sunset or before dawn when they blaze unbelievably bright with vivid and slowly shifting iridescent colours. They are filmy sheets slowly curling and uncurling, stretching and contracting in the semi-dark sky. Compared with dark scudding low altitude clouds that might be present, nacreous clouds stand majestically in almost the same place – an indicator of their great height.

They need the very frigid regions of the lower stratosphere some 15 – 25 km (9 -16 mile) high and well above tropospheric clouds. They are so bright after sunset and before dawn because at those heights they are still sunlit.

They are seen mostly during winter at high latitudes like Scandinavia, Iceland, Alaska and Northern Canada. Sometimes, however, they occur as far south as England.

Indeed they do, as the photos below show! Thanks, Les, and thanks to all who posted pics of the clouds at EarthSky Facebook! 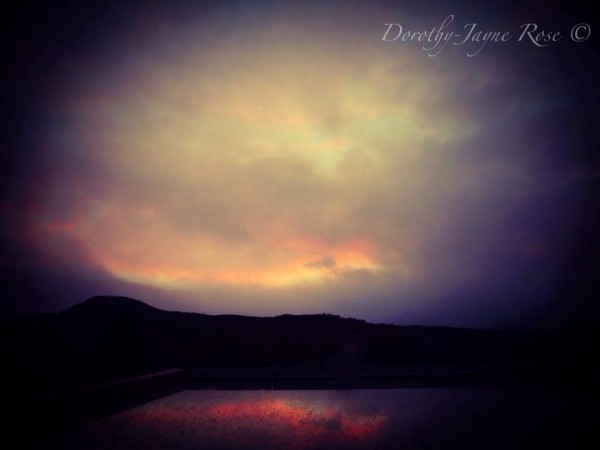 Nacreous clouds on February 2, 2016, from Dorothy Jayne Rose in the village of Contin, in the Highland region of Scotland. 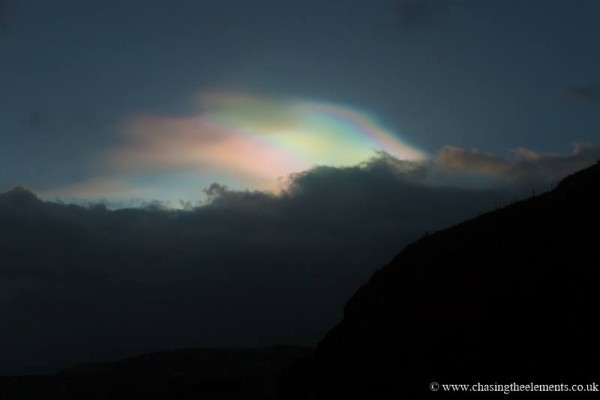 John Fagan caught these nacreous clouds over Ireland and posted the photo to Earthsky Facebook on Monday. 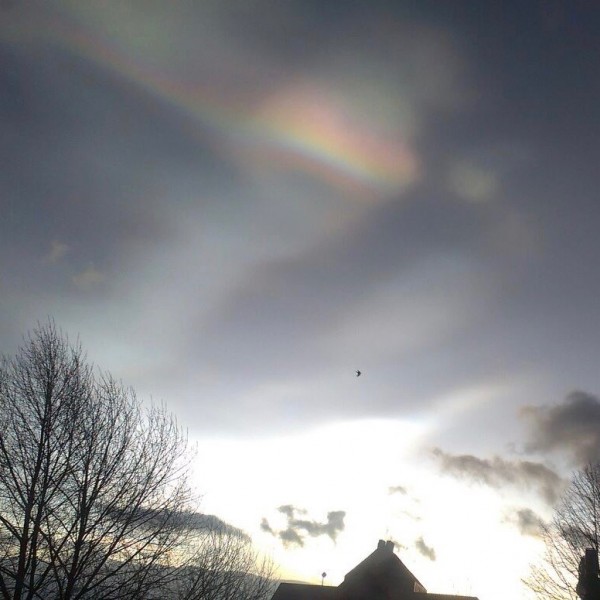 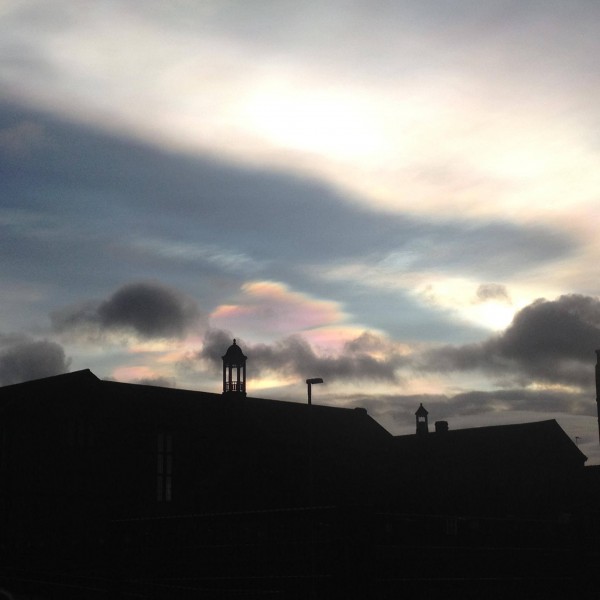 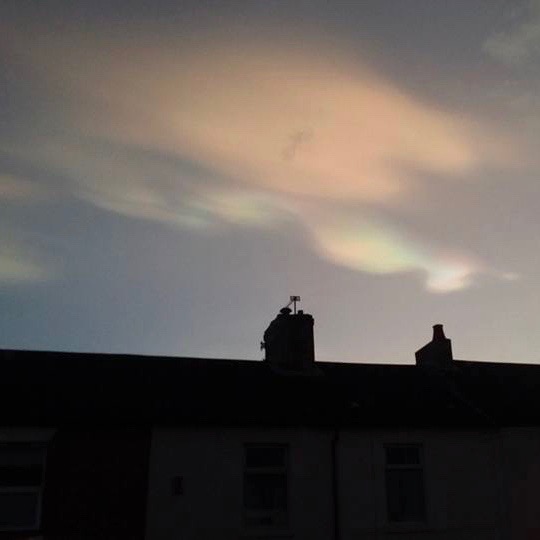 Nacreous clouds over Burton Upon Trent, UK, posted to EarthSky Facebook on February 2, 2016, by Will Plant. 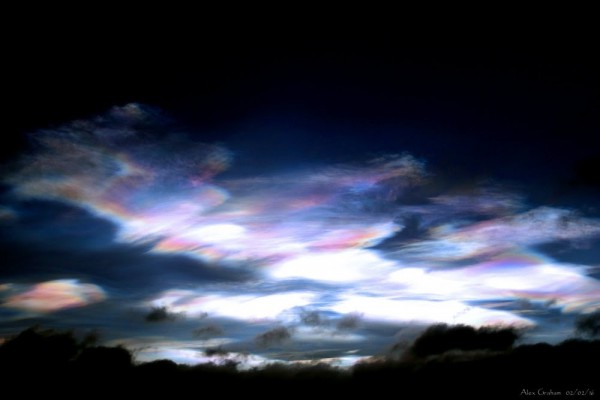 Nacreous clouds after sunset on February 2, 2016, caught by Alex Graham in Scotland. 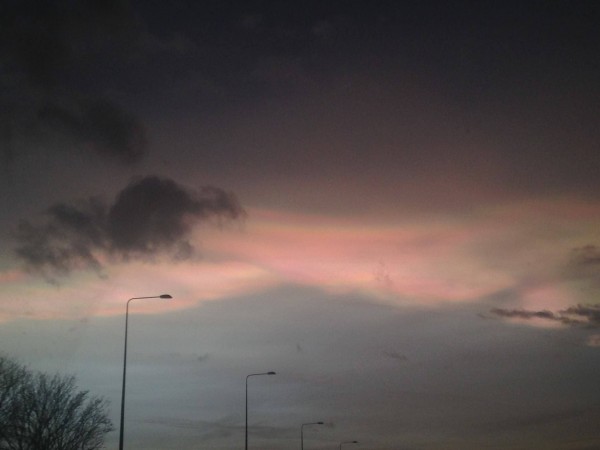 Nacreous clouds over Warrington, UK, posted to EarthSky Facebook by Kimberley Aldred on the morning of February 2, 2016.

Bottom line: Nacreous clouds – also called mother-of-pearl clouds or polar stratospheric clouds – are putting on a show in the UK this week (early February, 2016). Photos from the EarthSky community here.