Amazing captures of the moon and Venus

We weren’t sure anyone would capture the slim crescent moon and Venus on June 1, much less June 2. They were so very near the sunrise. But the EarthSky Community came through with some of the best photos yet. 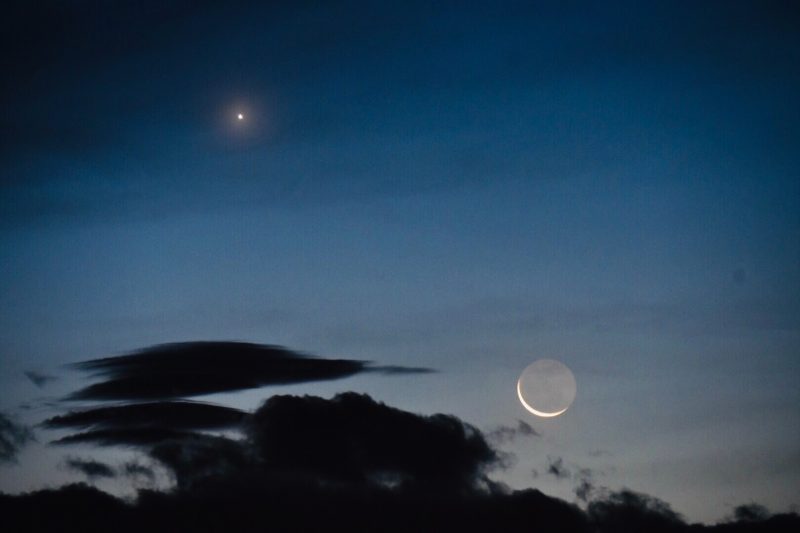 View at EarthSky Community Photos. | Our friend Jenney Disimon also caught the moon and Venus on June 2, 2019, from Kota Kinabalu, Sabah, N. Borneo. Look toward the bottom of this post for her June 1 image. Thanks, Jenney! 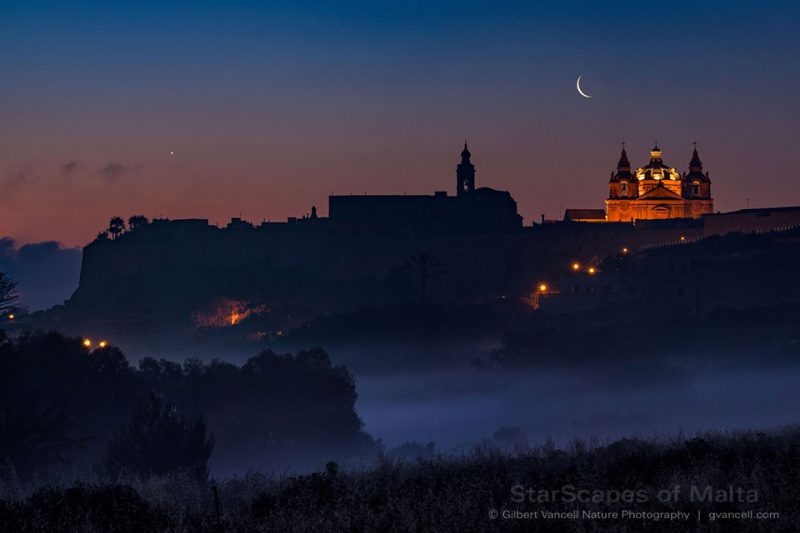 View larger. | Gilbert Vancell Nature Photography – an EarthSky friend on Facebook – captured this image on June 1, 2019. He caught it over the fortified city of Mdina on the island of Malta. He wrote: “Oh this was tight! I overslept my alarm after a night at the festival … I was expecting Venus to be closer, so the super zoom turned out to be too tight for this, and 35mm too wide, so I had to work with what I had and stitched 4 images at 150mm to cover the area I wanted.” Thanks, Gilbert! 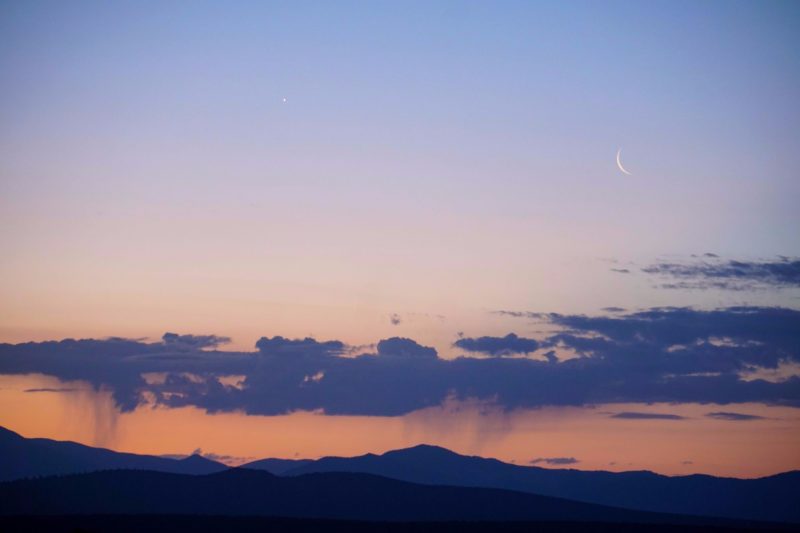 View at EarthSky Community Photos. | The June 1, 2019, dawn sky – with a waning crescent moon and (to the moon’s left) the planet Venus – and with virga extending down from the clouds. Photo taken by Mike Lewinski. Those are the Sangre de Cristo mountains near Taos, New Mexico. Thanks, Mike!

View at EarthSky Community Photos. | Waning crescent moon and Venus at sunrise on June 1, as captured by Joan Mulcare in Apple Valley, California. 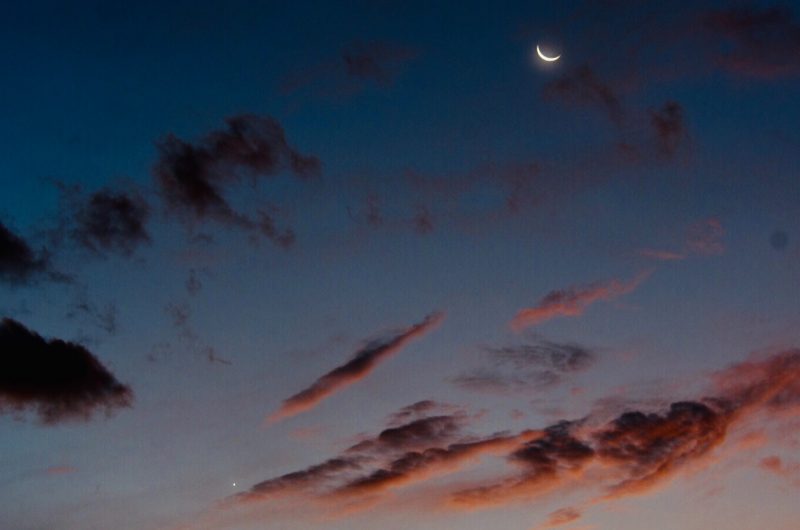 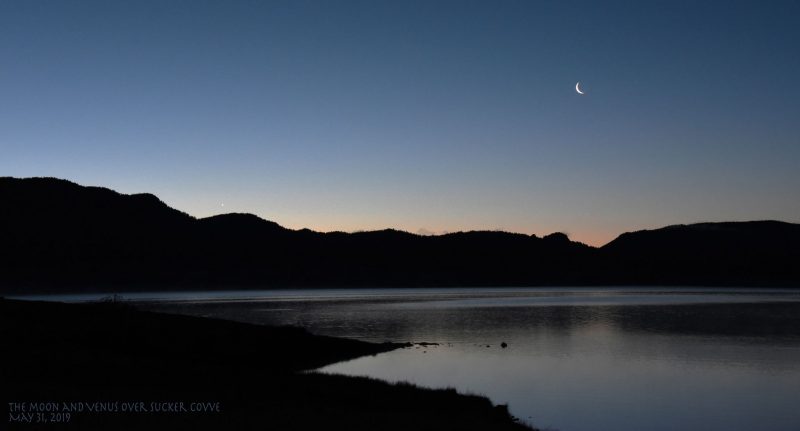 View at EarthSky Community Photos. | Another beautiful shot of the moon and Venus before sunrise May 31, 2019, by Stephanie Longo. See Venus on the left, just above the darkened foothill? Stephanie caught them as viewed from Eleven Mile Reservoir, Lake George, Colorado, USA. Also notice that the lit side of the moon points right at Venus. Thank you, Stephanie!

Bottom line: Photos of the waning crescent moon and Venus – late May and early June, 2019 – from members of the EarthSky community. Submit your photos to EarthSky here.