Two photos of moon trails, created by Earth’s own spin on its axis beneath the night sky. 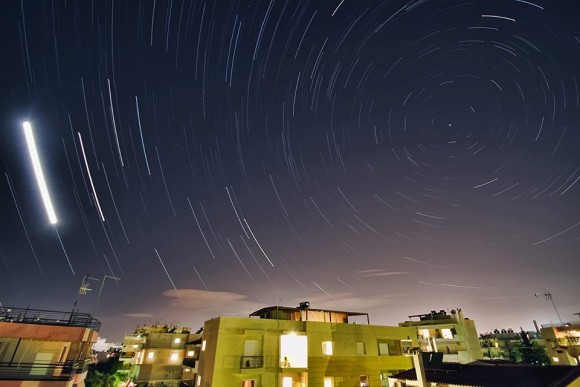 You’ve heard of star trails? As Earth spins under the sky, the stars appear to move. When a camera captures that movement, that’s called a star trail. We’ve seen many, many beautiful star trail photos. But it’s not just the stars you can capture. You can bring the moon into the shot, too, as these photos show. Thanks to all who post on EarthSky Facebook!

Read more and see more photos: What are star trails, and how can I capture them? 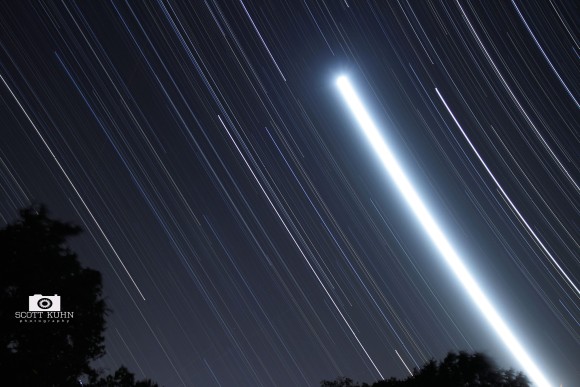 Scott Kuhn captured a moon trail, too. Beautiful isn’t it? Thank you, Scott!