The starry band of the Milky Way before dawn in early May. Add in a chorus of wildlife, and you have a stargazing experience to remember. 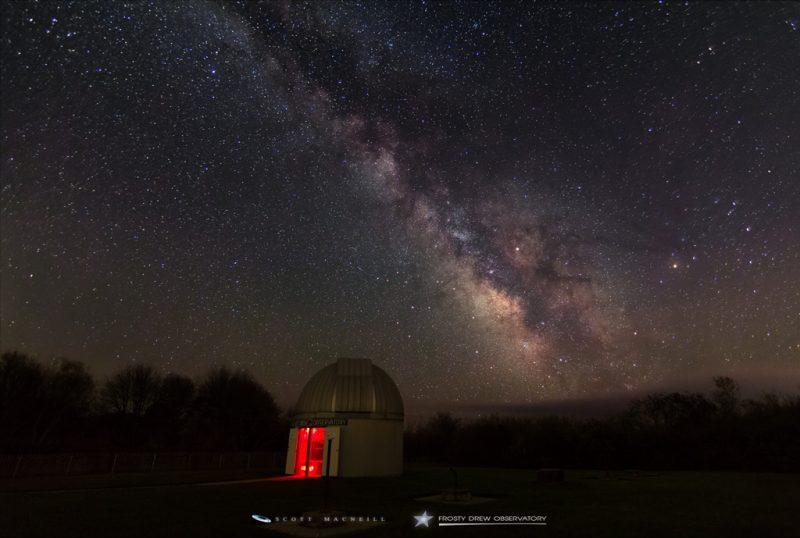 Frosty Drew Observatory under the Milky Way, by Scott MacNeill. View it larger for a better sense of what it’s like for astronomers to sit outside at night, under the stars.

Scott MacNeill frequently sends us photos acquired at or around Frosty Drew Observatory in Rhode Island, which has an active program for public stargazing. Scott captured this one taken on May 3, 2017. He wrote:

Frosty Drew Observatory is situated about 100 feet from the Ninigret National Wildlife Refuge and the chorus of wildlife was a fantastic addition to the view of stars stretching across the sky. Early Eta Aquarid meteors made a few appearances as well as the occasional satellite. I sat next to my camera until pre-dawn moved in and reveled in the fabulous starscape. It was the first of hopefully many excellent nights out under the Milky Way for the 2017 viewing/shooting season.

This is a median composite of 7 sub images.