Noontime sun near the December solstice, over the Acropolis in Athens, Greece. Notice how long everyone’s shadow is. 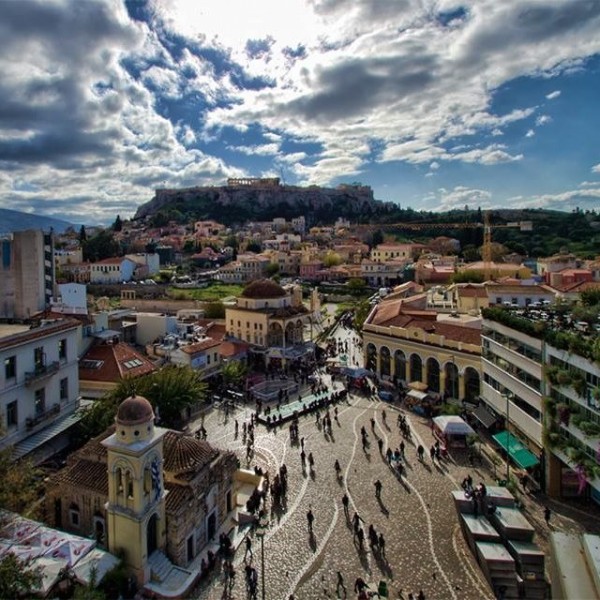 Nikolaos Pantazis posted this photo to EarthSky Facbook. He wrote:

This photo illustrates a cool fact of nature, which is that – for us in the Northern Hemisphere – your longest noontime shadow comes around the time of the December solstice. That’s because, for us in this hemisphere, the sun is making its lowest arc across the sky around now.

In the Southern Hemisphere? Then look for your noontime shadow, anyway. It’s your shortest noon shadow of the year.