Jupiter and 2 of its largest moons – Io and Europa – captured by the Juno spacecraft as it performed its 8th flyby of the planet on September 1, 2017. 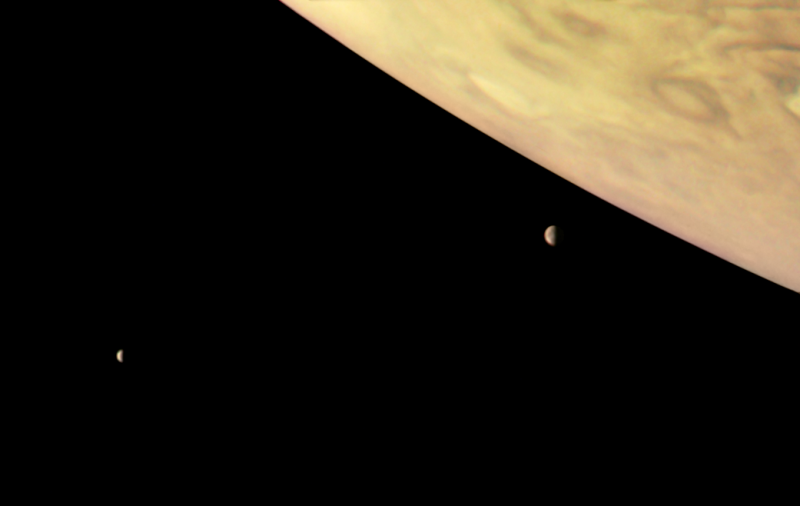 This color-enhanced image of Jupiter and two of its largest moons – Io and Europa – was captured by NASA’s Juno spacecraft as it performed its eighth flyby of the gas giant planet.

JunoCam’s raw images are available for the public to peruse and process into image products here.