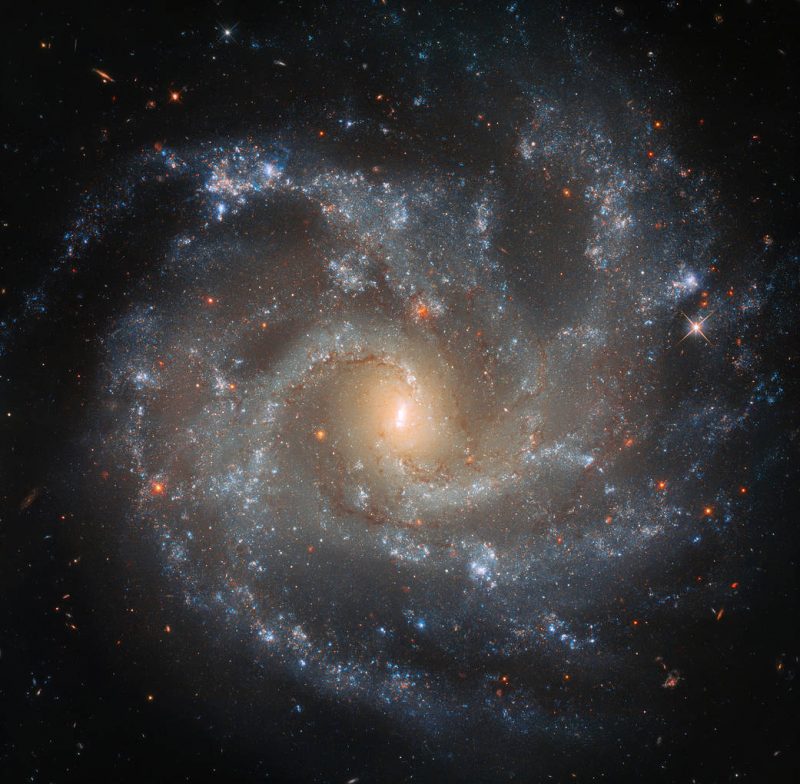 NASA said in a statement about this image:

Some of the most dramatic events in the universe occur when certain stars die — and explode catastrophically in the process.

Such explosions, known as supernovae, mainly occur in a couple of ways. In one scenario, a massive star depletes its fuel at the end of its life, becoming dynamically unstable and unable to support its bulk, causing it to collapse inward and violently explode. In another outcome, a white dwarf (the dense remnant of a once-normal star) in an orbiting stellar couple siphons more mass off its companion than it is able to support, igniting runaway nuclear fusion in its core and beginning the supernova process. Both types result in an intensely bright object in the sky that can rival the light of a whole galaxy.