The Orion Nebula – 1,400 light-years away- is the closest star formation region to Earth. This image is the latest in the Hubble Space Telescope’s collection. 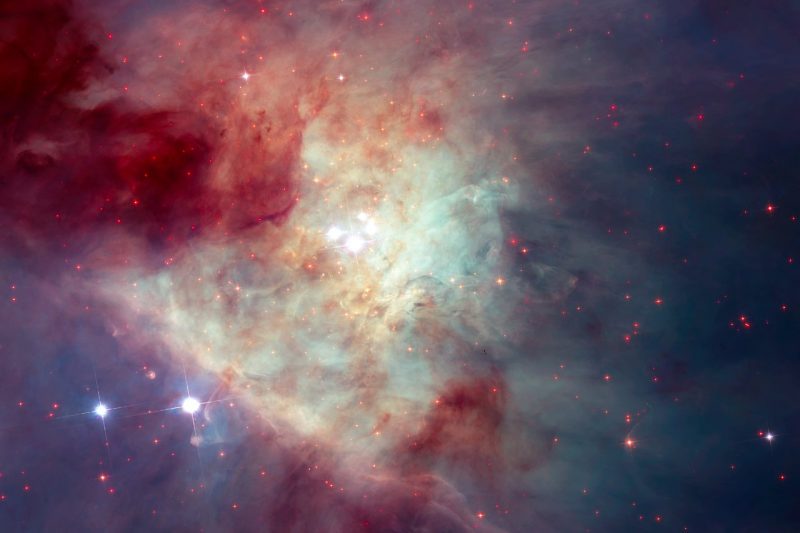 This composite image of the central region of the Orion Nebula is composed of several pointings of the NASA/ESA Hubble Space Telescope in optical and near-infrared light. Infrared light allows to peer through the dust of the nebula and to see the stars therein. The revealed stars are shown with a bright red color in the image. Image via ESA.

This new mosaic image of the Orion Nebula – created by astronomers using the Hubble Space Telescope – was released yesterday (March 17, 2017) by ESA. The large composite image of the nebula’s central region is a combination of visual and near-infrared data.

The Orion Nebula is the closest region of star formation, only 1,400 light-years away from Earth. As ESA described it in a statement:

It is a turbulent place — stars are being born, planetary systems are forming and the radiation unleashed by young massive stars is carving cavities in the nebula and disrupting the growth of smaller, nearby stars.

Read more about the image from ESA