Except for a few bright stars, every speck of light in this image is an entire galaxy. 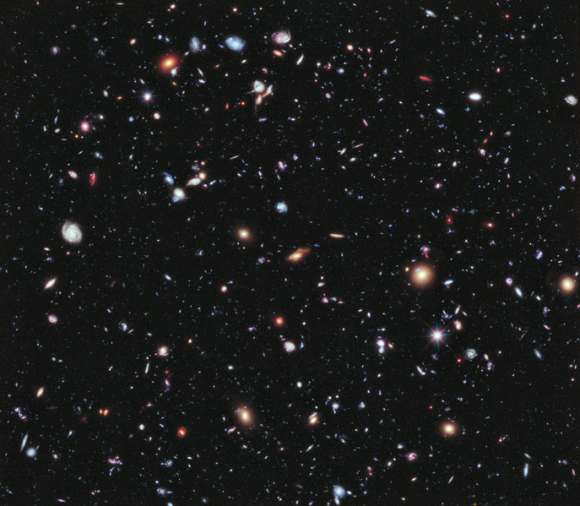 Except for a few stars – bright and easily recognizable because they have diffraction spikes – every speck of light in this image is an entire galaxy. This image is the latest of a series of deep field images acquired by the Hubble Space Telescope. This one – called the Hubble eXtreme Deep Field (XDF) – was released on September 25, 2012.

We present this image to honor Edwin Hubble, whose birthday is today.

Astronomers compiled 10 years of previous images to create this image, which shows a tiny area of sky. The light from some of the galaxies here has been traveling to us for 13.2 billion years. The faintest galaxies here are one ten-billionth the brightness of what the human eye can see.

It’s the deepest view we have of our universe, in optical light. 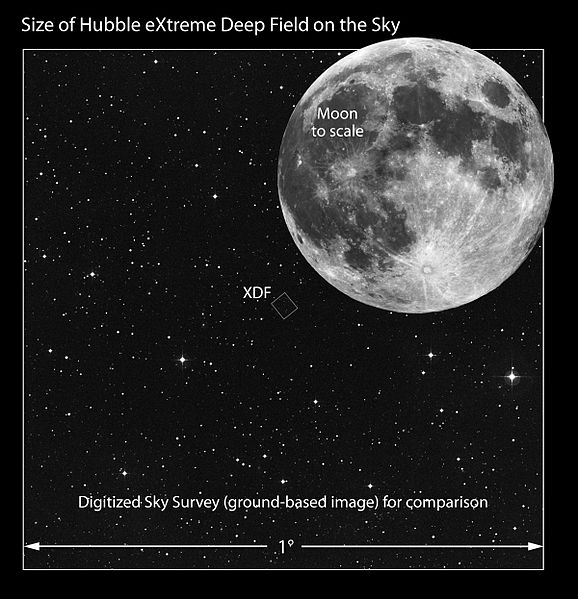