Here are 7 of Saturn’s moons

Saturn has 62 moons with confirmed orbits, 53 of which have names and only 13 of which have diameters larger than about 30 miles (50 km). Here are 7 of them! 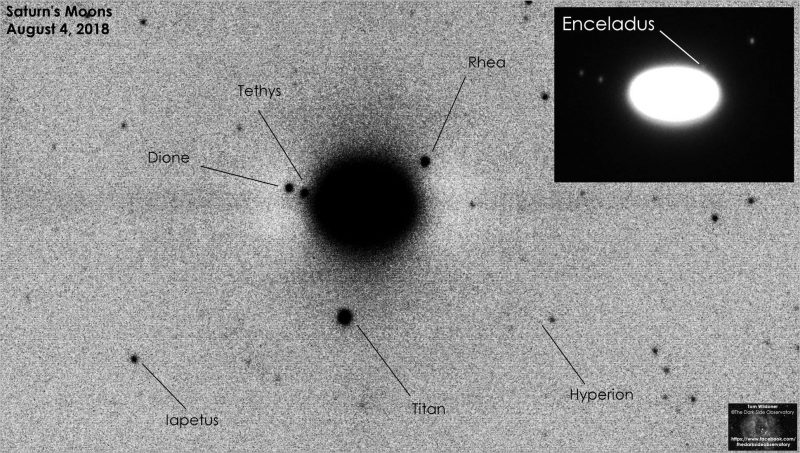 View larger. | Tom Wildoner captured this image of 7 of Saturn’s moons at The Dark Side Observatory, Weatherly, Pennsylvania, USA.

Here is a view of at least seven of Saturn’s moons taken on August 4, 2018. Two different over-exposed images were used using the ZWO ASI290MC camera and SharpCap software package.

I asked Tom if he used an occulting disk to blot out the image of Saturn itself, so tht the faint moons would become visible. He said no, adding:

The over-exposure itself causes Saturn to burn right through the image. It’s basically a white hole in the picture.