On Friday, the Cassini spacecraft, Saturn and the sun were aligned so that Cassini could capture Earth’s picture from distant space. Cassini got the moon, too! 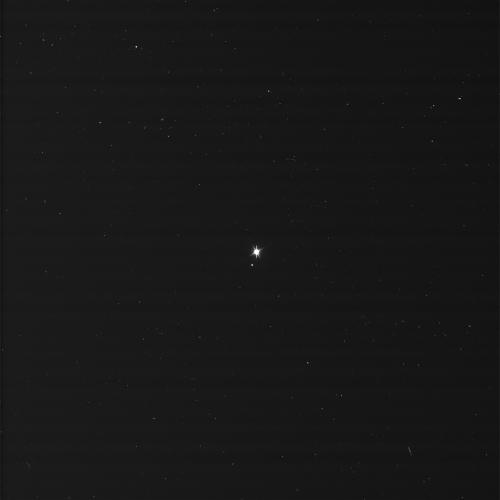 An early raw image of the Earth and moon, as seen from Saturn by Cassini spacecraft on July 19, 2013. Earth is the brighter dot; moon to lower left. Via NASA/JPL-Caltech/SSI.

NASA began posting the raw images of Earth as seen by the Cassini spacecraft at Saturn yesterday (July 20), and we’re also beginning to see color composite images (look below). Cassini captured these cool photos of the Earth and moon on July 19, 2013, aka the day Earth smiled.

More about the raw Earth-moon image from Cassini, here. 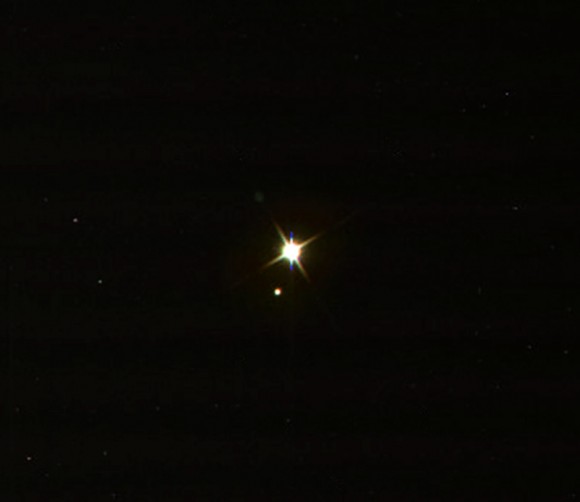 Color composite of Earth and moon as seen from Saturn by Cassini spacecraft on July 19, 2013. Via NASA/JPL-Caltech/SSI.

The Earth-moon photo, shown above, is a color-composite made from raw images in red, green, and blue visible light. Some of the specks around the edges are background stars, and others are the result of high-energy particle noise.

We’ll post more of the Earth images from Saturn as we see them, so stay tuned! 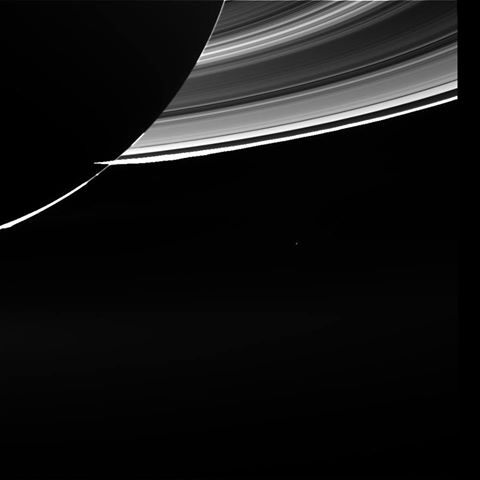 Earth seen near Saturn’s rings and Saturn nightside on July 1, 2013. Earth is the dot below the backlit rings. Image via NASA / JPL / ESA. Cassini spacecraft.

The day Earth smiled, a global moment of cosmic self-awareness