This comet is visible with binoculars or telescopes now from Earth’s Southern Hemisphere. It’s still getting brighter. 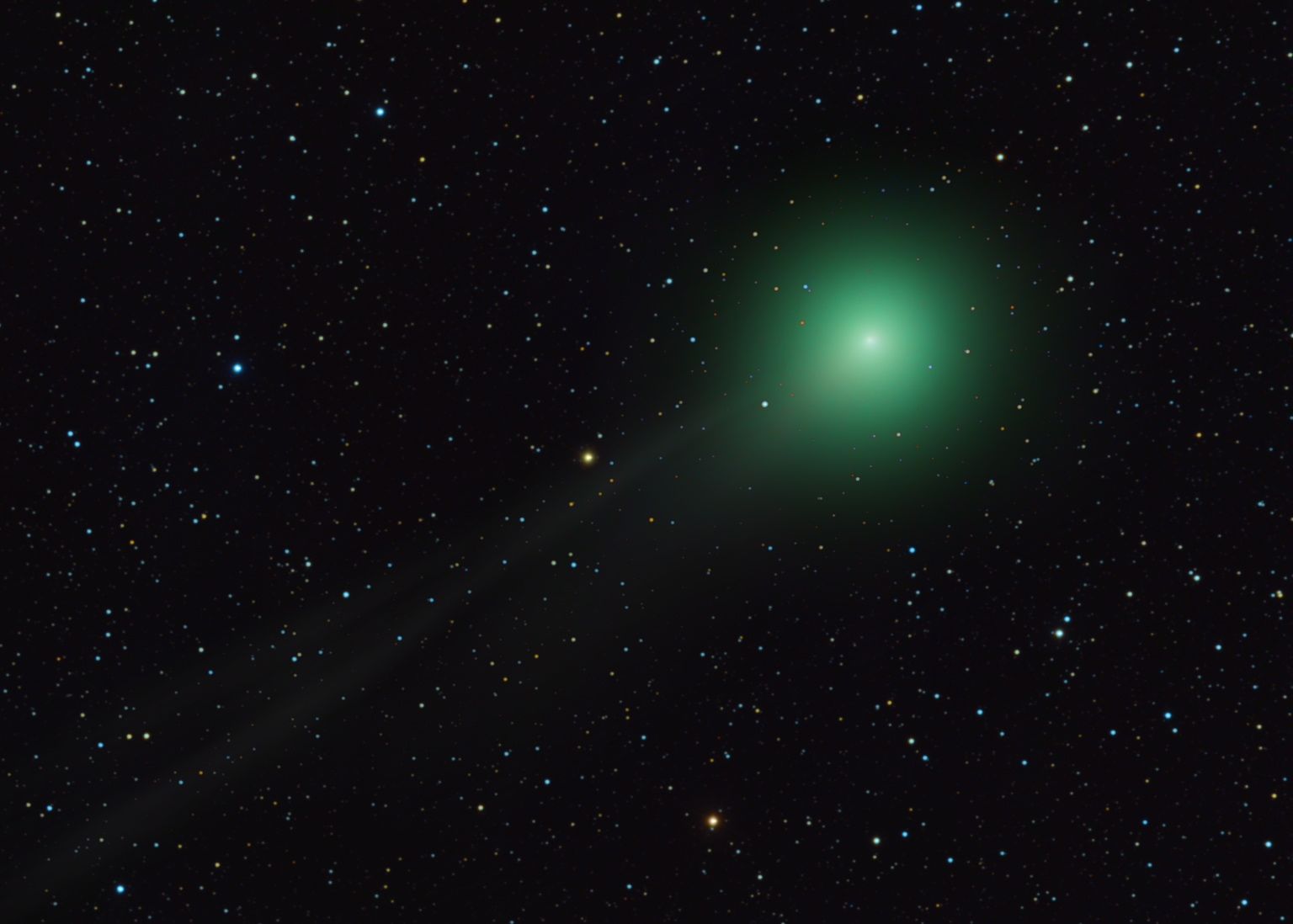 This year, 2013, might be called the year of the cometS. Comet PANSTARRS (C/2011 L4) and Comet ISON (C/2012 S1) are being heralded as two comets you might be able to see in 2013 with your unaided eye. In recent months, a third comet has been brightening more rapidly than expected, and now it’s nearing visibility to the eye alone. It’s Comet Lemmon (C/2012 F6), shown in the image above, discovered by Alex Gibbs of the Mount Lemmon survey in Arizona back in March, 2012. At that time the comet was tough to catch even through large telescopes – much too faint to be seen with the eye – at five times Earth’s distance from the sun. But, like the Earth and the other planets in our solar system, comets are bound in orbit by our sun. And as Comet Lemmon has swept into the inner solar system, it has brightened at a rapid rate. If this brightening trend continues, the comet might become visible to the unaided eye this month (February, 2013) through May.

It is, alas, a Southern Hemisphere object. Sky watchers in the Southern Hemisphere can pick it up in binoculars now. In recent days (early February 2013), visual observers have been estimating the comet at magnitude 6.2 to 6.5. That’s just below the limit for visibility with the unaided eye.

The comet should continue to brighten all month. Who knows how bright it will get? Hopefully bright enough to glimpse with the eye, but probably not as bright as PANSTARRS or ISON. It will be traveling through the far southern constellations of Musca, Octans, Tucana and Phoenix.

Comet Lemmon’s perihelion – or closest point to the sun – will happen on March 24, 2013 at a distance slightly less than that of Earth’s orbit around the sun (0.73 AU). By May, 2013, observers with telescopes in both hemispheres might be able to glimpse it.

Bottom line: In early February 2013, Comet Lemmon (C/2012 F6) is just below the limit of visibility to the unaided eye for observers in the Southern Hemisphere. It should continue to brighten all month. Perihelion is in late March. The comet should be visible to those with telescopes in both hemispheres by May.