Celestial spiral is a double star

It’s not a spiral galaxy. It’s a double star system seen from Earth to create a spiral shape in a shell of gas. 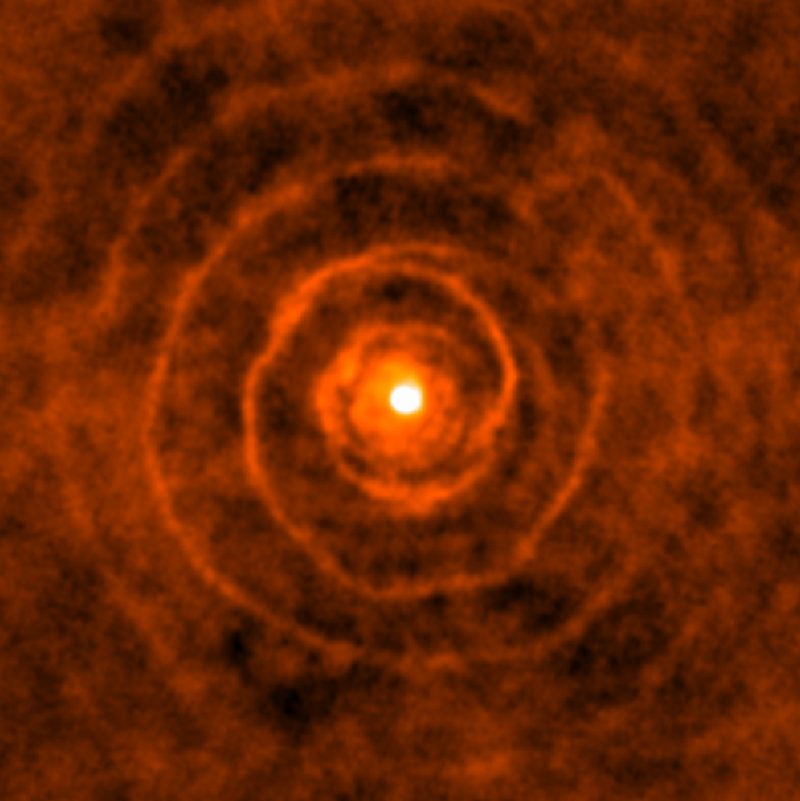 The European Southern Observatory published this image on March 6, 2017. It’s a double star system, consisting of the star LL Pegasi (aka AFGL 3068) and a companion star. The image – from the Atacama Large Millimeter/submillimeter Array (ALMA) in northern Chile – shows a huge spiral some third of a light-year across. The secret to the spiral is a nebula, or cloud of gas, surrounding the two stars. In fact, LL Pegasi is an old star, moving into what’s called the planetary nebula phase. Planetary nebulae are vast shells of gas sloughed off older stars as they age and begin to die. In the case of this double system, the two stars are creating the spiral pattern as they orbit each other. Astronomers estimate that a new layer in the spiral must appear about every 800 years, a close match to the time it takes for the two stars to orbit each other.

The video below compares the observed structure surrounding LL Pegasi with a predicted theoretical model.

And, by the way, that first image on the video – also seen below – is another beautiful image of this system, taken in near-infrared light by the Hubble Space Telescope. 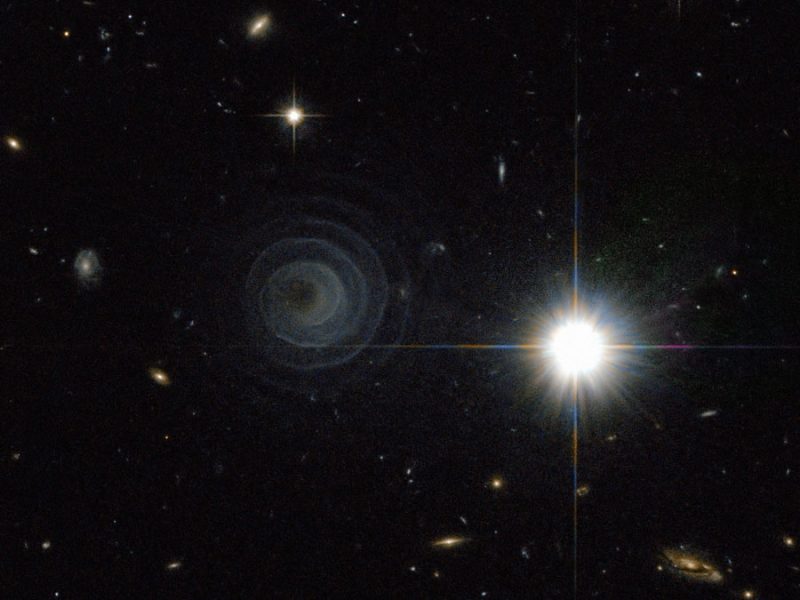 This Hubble Space Telescope image of LL Pegasi and its surrounding spiral-shaped nebula was featured as the Astronomy Picture of the Day on September 14, 2010. Image via APOD/ ESA/ Hubble/ R. Sahai (JPL)/ NASA.

Bottom line: A double star system – consisting of LL Pegasi and companion star – orbit within a shell of gas. As they orbit, they create a spiral-shaped nebula.