Hubble Space Telescope image of a rare ring galaxy in the direction of the constellation Sculptor. 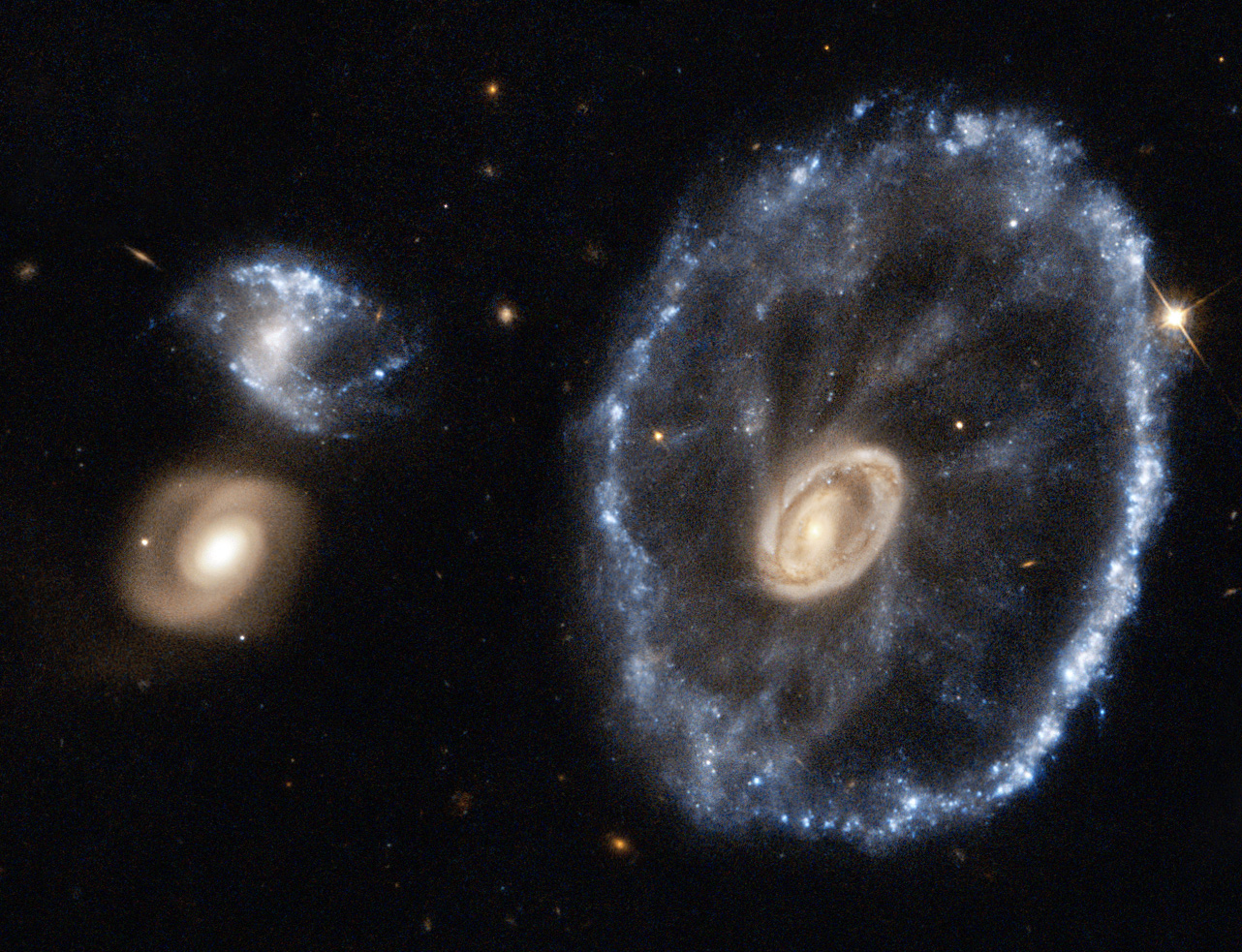 There are some standard shapes for galaxies in our universe, includiong spiral shapes like our Milky Way – elliptical, or football-like shapes – and irregulars. This Hubble Space Telescope image shows a rare breed of galaxy, a ring galaxy, called the Cartwheel Galaxy. It lies about 500 million light-years away in the direction to the southern constellation Sculptor.

Astronomers first spotted this galaxy in 1941. They say its cartwheel shape is the result of a violent galactic collision. A smaller galaxy passed right through a large disk galaxy and produced shock waves that swept up gas and dust — much like the ripples produced when a stone is dropped into a lake — and sparked regions of intense star formation (colored blue). The outermost ring of the galaxy, which is 1.5 times the size of our Milky Way, marks the shock wave’s leading edge.

This object is one of the most dramatic examples of the small class of ring galaxies.

This image is based on earlier Hubble data of the Cartwheel Galaxy that was reprocessed in 2010, bringing out more detail in the image than seen before.