Does a bright moon means you can’t see the northern lights? No. Here’s awesome proof that, for photographers at least, moonlight can enhance the view. 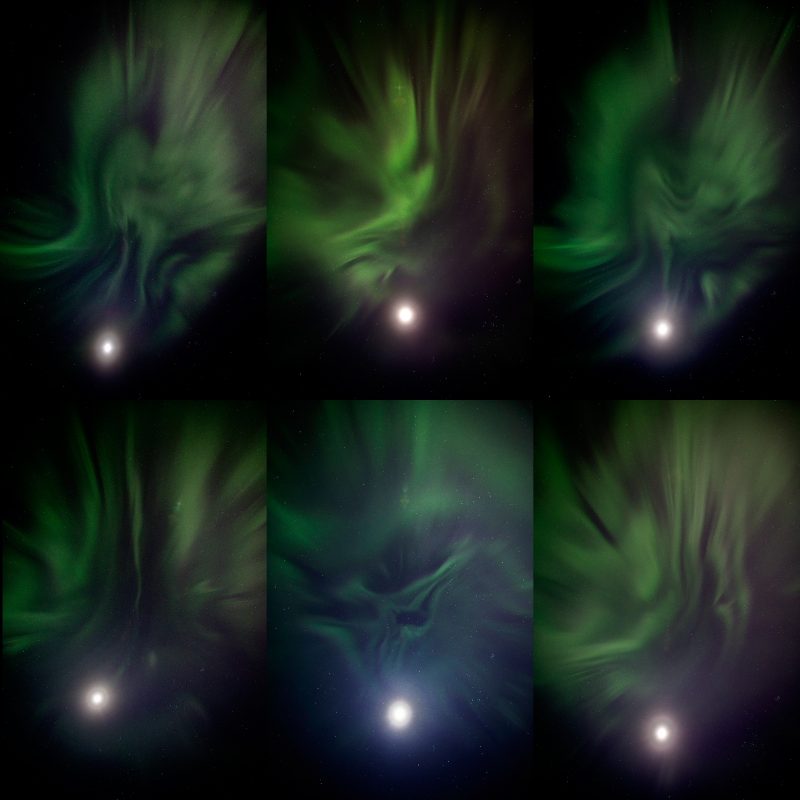 A composite of 6 overhead photos of the aurora and a bright moon – just 3 days past full – from Doug Short in Anchorage, Alaska. November 7, 2017.

Auroras are beautiful natural phenomena, whose primary cause is activity on the sun. They happen when charged particles from storms on the sun strike atoms and molecules in Earth’s atmosphere. The charged solar particles excite those earthly atoms, causing them to light up, creating the aurora. This sort of activity in Earth’s atmosphere happens during geomagnetic storms, and a full moon has absolutely no effect on either solar storms or geomagnetic storms. Still, as every astronomer knows, a full moon casts a lot of light in the sky. Can that light drown an aurora from view?

But, as the photos on this page show, a strong auroral display can withstand bright moonlight. AndyOz, who wrote a particularly good article on this subject, which you can access here, wrote:

If you get a moderate to high level of [auroral] activity … you should still get a good view of the northern lights. In some cases when there has been a solar storm and the level of activity is very high, the moon can actually enhance the viewing and make the display look even more magical. So it all really depends on how strong a display you are witnessing. 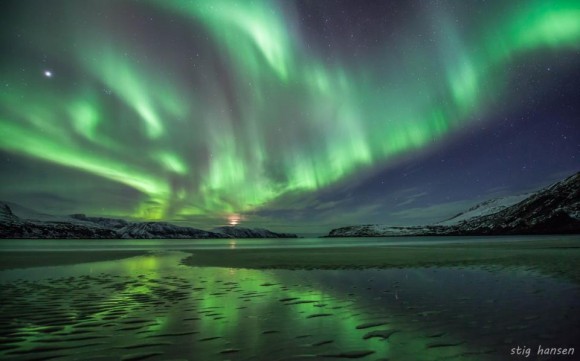 Some photographers say they actually prefer to capture the aurora when there’s a moon in the sky. Todd Salat at the website AuroraHunter.com wrote of shooting the aurora in moonlight:

I personally like moonlight because it lights up the foreground and makes the sky a deep blue instead of pitch black like with no moon. I watch the lunar phase very carefully.

View larger. | Aurora and a full moon. Photo by Antti Pietikainen via the Aurora Zone. Antti created this mosaic from 10 images, taken from his backyard. He said the weather was good, no clouds and very cold. The moon was high in the sky, and it illuminated the whole landscape. “You could read a book outside!”

Bottom line: Contrary to what you might have heard, it is possible to see the aurora borealis, or northern lights, when there’s a bright moon, even a full moon, in the sky. The key is that the auroral display itself be moderate to strong. A weak display of the aurora might be drowned in bright moonlight.