Hundreds of millions of flowers bloomed in the Atacama Desert in Chile this year, linked to 2015’s ongoing strong El Niño. 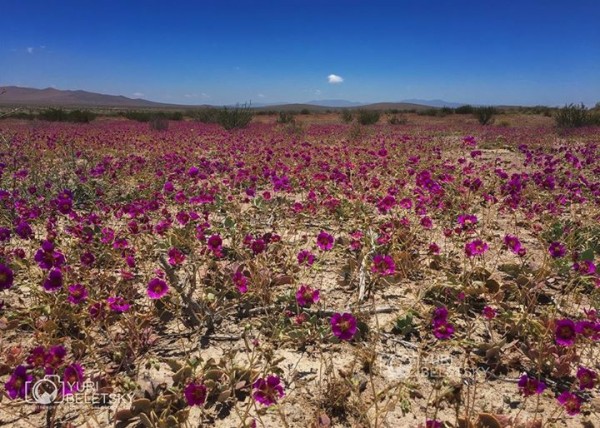 Earlier this week, we began hearing about the amazing desierto florido (desert in bloom) taking place in the Atacama, in Chile. It corresponds to the ongoing strong El Niño, which is a periodic warming of Pacific Ocean waters off the northern Chile’s coast. The El Niño caused more rainfall than usual over the Atacama, which caused hundreds of millions of flowers to germinate and bloom. Yuri Beletsky – who has contributed other beautiful photos of the Atacama to EarthSky – captured this image. He wrote:

Pretty amazing we still see flowers in the desert! I was driving down from the mountain and was astonished by the amount of flowers we still can see – it’s been almost a month (!) after the their normal season. Here is an image taken just with my cell phone. This year is truly exceptional here in Chile due to El Niño phenomenon.

We’ve got lots of clouds, high humidity, and no wonder the desert is full of life now.

I hope you’ll enjoy it!

Just as El Niño is cyclical, so the unusual flower blooms in the Atacama are known to come and go about every five to seven years. That’s according to Pedro León Lobos, a botanist with Chile’s Institute of Agriculture and Livestock Research (IRA), in an interview with National Geographic published earlier this week.

By the way, Chile is prone to frequent earthquakes, and the Acacama Desert is north of Coquimbo, Chile, where a strong 6.8-magnitude quake struck earlier today (November 7, 2015). See map below. 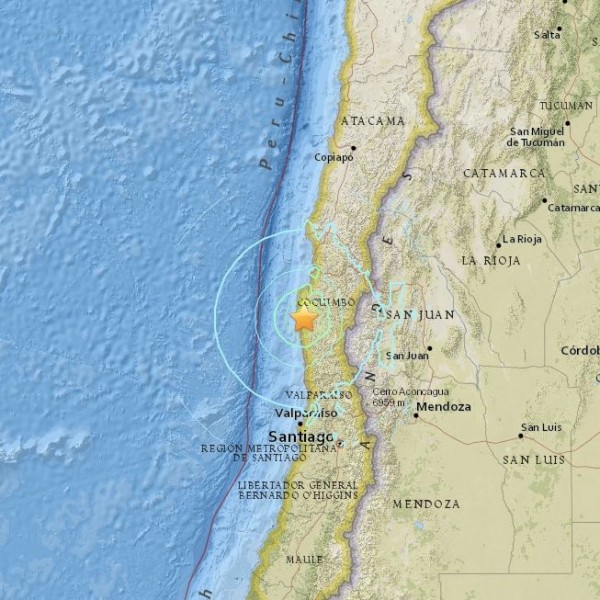 Bottom line: 2015 featured an unusually prolific bloom of flowers in the Atacama Desert in Chile, tied to this year’s El Niño.