If we took Earth and Venus – and had them orbit a cool, red star not too far away – could the James Webb Space Telescope tell which planet was habitable? 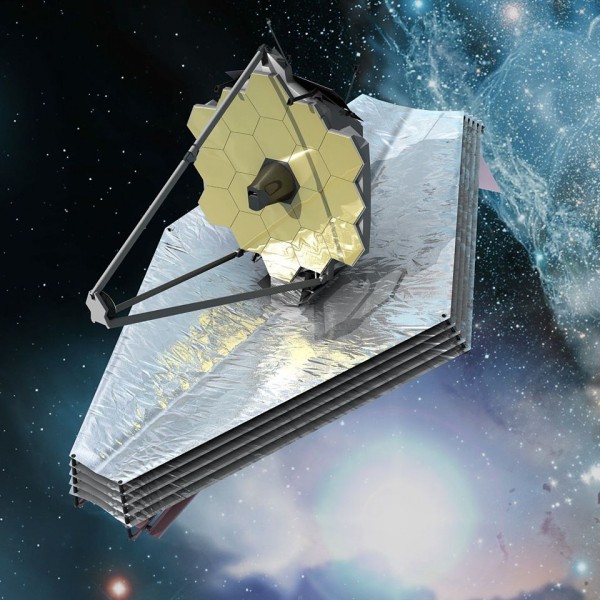 Are other worlds like Earth – balmy, water-rich, capable of supporting life – out there? Since the 1990s, astronomers have discovered some 2,000 exoplanets, or distant planets orbiting stars other than our sun. Many are what astronomers call hot-Jupiters orbiting near their stars, but some are rocky and seem more Earth-like. We know these planets are there, but – beyond their presence, size and distance from their stars – we don’t know much about them. Many are hopeful that the launch of the James Webb Space Telescope (JWST) – scheduled for 2018 – will give our first glimpses into atmospheres of Earth-like exoplanets. Astronomer Joanna Barstow spoke of this possibility this week (July 8, 2015) at the National Astronomy Meeting (NAM) in Wales. She said that, although it’s possible JWST will be able to detect a distant Earth-like world, it won’t be easy.

Barstow, of the University of Oxford, said in a statement:

A planet’s atmosphere provides a good guide to likely conditions on the surface.

The Earth’s atmosphere contains significant amounts of nitrogen, oxygen, ozone and water. By contrast, its inhospitable ‘evil twin’, Venus, has an atmosphere made mostly of carbon dioxide, which drives its surface temperature to a blistering 450 degrees Celsius.

JWST is the Hubble Space Telescope’s successor. It’ll study the universe in infrared wavelengths. Barstow conducted a study showing that JWST might be able to differentiate between a planet with a clement, Earth-like atmosphere, and one with more hostile conditions such as are found on our neighboring planet Venus. The results showed that JWST will have the capability to detect key markers that could indicate the presence of a climate like our own when looking at Earth-sized planets around stars that are smaller and redder than our sun. According to the statement:

Different gases have already been identified successfully in the atmospheres of several large, hot, Jupiter-sized planets by studying tiny variations in the starlight that passes through their atmospheres when they cross in front of their parent stars. However, these variations are miniscule: the light filtered through the exoplanet’s atmosphere is one ten-thousandth of the total starlight detected.

Studying planets the size of the Earth is an even greater challenge. Although JWST would struggle with analyzing a solar system exactly like our own, it would be capable of studying Earth-like planets around cooler stars – if such a system were to be found. 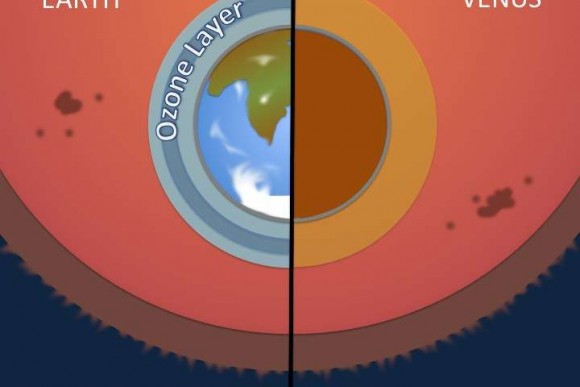 Distinguishing between a distant Earth and a distant Venus might involve observations of an ozone layer. If Earth were far away, its ozone layer presents a clear feature that could be seen using telescopes like JWST. Venus, however, has no ozone layer so the feature is absent. Image via J Barstow

If we took the Earth and Venus, and placed them in orbit around a cool, red star that’s not too far away, our study shows that JWST could tell them apart. Earth’s ozone layer, 10 kilometers above the surface, is produced when light from the sun interacts with molecules of oxygen in our atmosphere, and it produces an unmistakable signal that could be detected by JWST. Venus, without a substantial ozone layer, would look very different.

That’s assuming that planets starting out like Earth and Venus would evolve in the same way around a cool star!

Barstow pointed out in her statement that JWST will be used for a wide range of astronomical applications, not just detecting exoplanets. She also mentioned that securing time on JWST will be highly competitive. Barstow said that, in order to distinguish between an Earth and a Venus, astronomers would need to observe the exoplanets at least 30 times, taking valuable telescope time. She concluded:

Future telescopes that are dedicated to observing the atmospheres of many rocky planets around different stars will be required to fully resolve the question of habitability on exoplanets. In the meantime, JWST will observe many other weird and wonderful planets in unprecedented detail.

Bottom line: A study shows that the James Webb Space Telescope – Hubble’s successor, scheduled for launch in 2018 – could distinguish between an Earth and a Venus orbiting a cool, red star not too far away. But – assuming we can find such a system – making that observation wouldn’t be easy.