Where the Curiosity rover is now on Mars

The Curiosity rover is in a particularly interesting place now, creeping across a sand dune in a place called Dingo Gap on Mars. Breathtaking images! 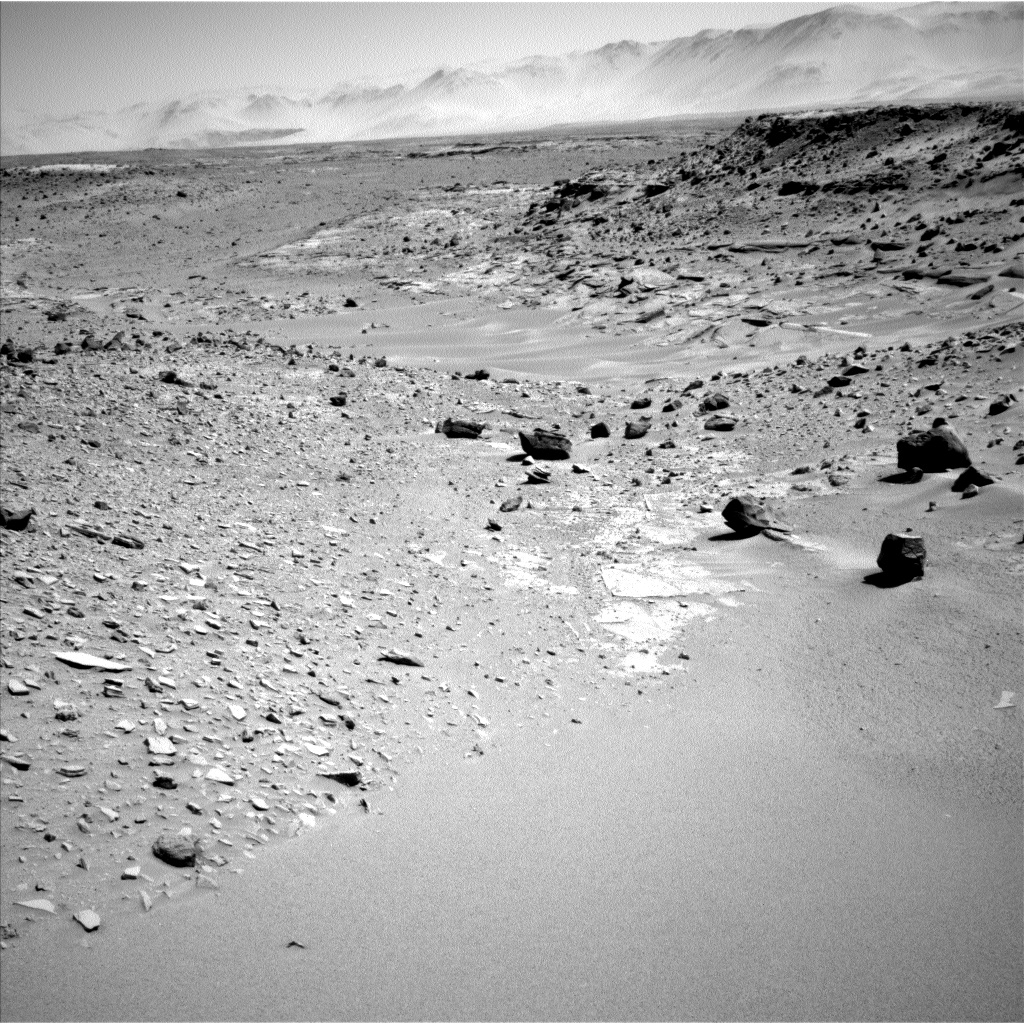 View from the left NAVCAM of the Mars Curiosity rover on Sol 533 on Mars. That’s February 4, 2014 to us earthlings. Image via Curiosity/NASA / JPL-Caltech

NASA’s Curiosity rover has been making its way across the floor of the Gale Crater on Mars, heading for the base of Mount Sharp, the central peak in the crater. It’s in a particularly interesting place today (February 4, 2014), sitting atop a sand dune in a place called Dingo Gap on Mars. The images on this page are from Curiosity today, which, for this rover, is Sol 533 (a sol is a martian day; it’s 39 minutes and 35 seconds longer than a day on Earth).

Curiosity is standing atop the dune of Dingo Gap and has been looking around: go to midnightplanets.com/web/MSL/image/ and then click “Next” many times!

Do it! You’ll enjoy it. Thank you, Daniel!

Explanation of Martian geology in and around Curiosity’s current location, from Emily Lakdawala of the Planetary Society.

Follow Curiosity’s path on Mars. It was only updated to Sol 532 last time I looked … one sol ago.

Alphabetical list of named rocks and areas on Mars, from Curiosity’s mission 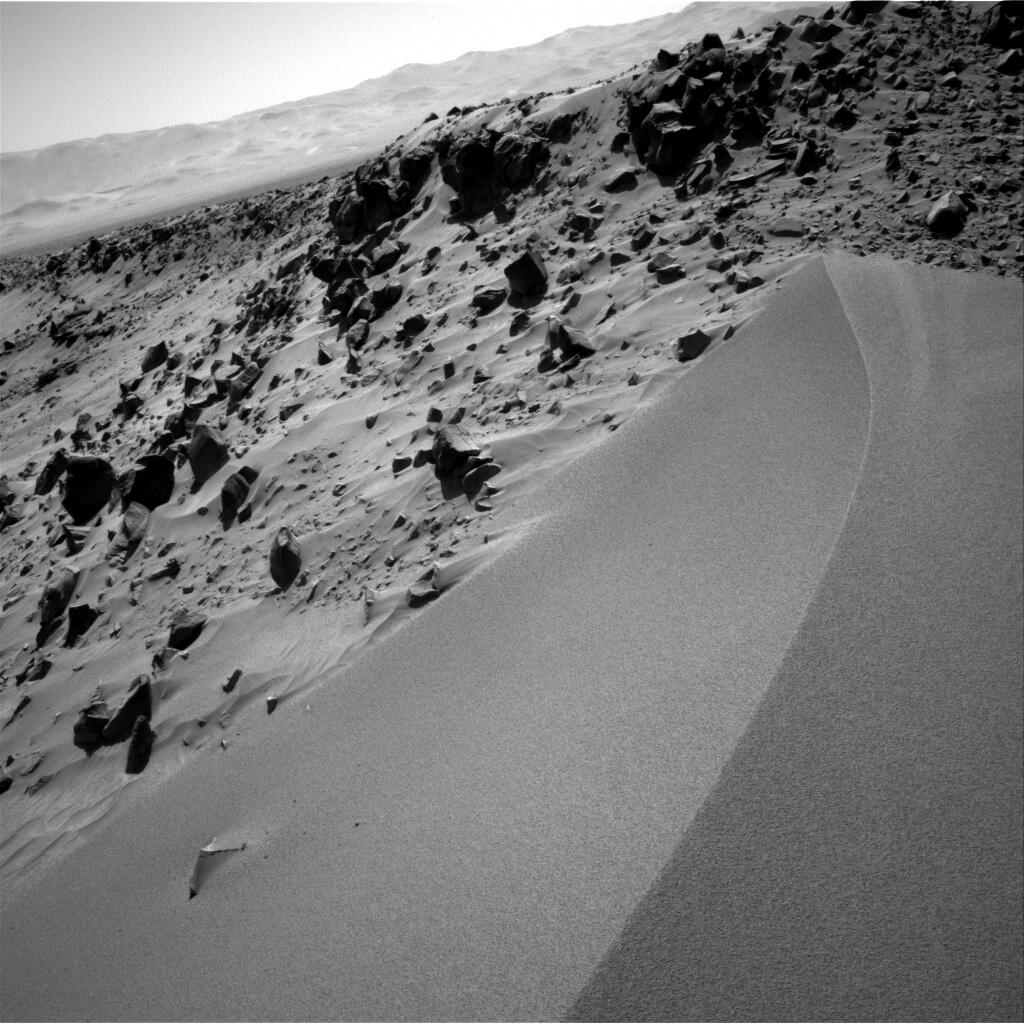 Emily Lakdawalla (@elakdawalla on Twitter) wrote on February 4: “This pic gives you an idea of Curiosity’s current tilt, parked [atop a small sand] dune; I measure it at 16 degrees. No sweat.” Image via Curiosity/NASA / JPL-Caltech

Bottom line: The Curiosity rover is in a particularly interesting place now, creeping across a sand dune in a place called Dingo Gap on Mars. Breathtaking images!