Did the Viking landers find life on Mars in 1976?

For a brief time in 1976, it seemed as if NASA’s Viking landers had found microbes on Mars! Those results have been vigorously disputed in the years since, but the original experiment’s principal investigator, Gilbert Levin, still maintains they really did detect Martian microbes. 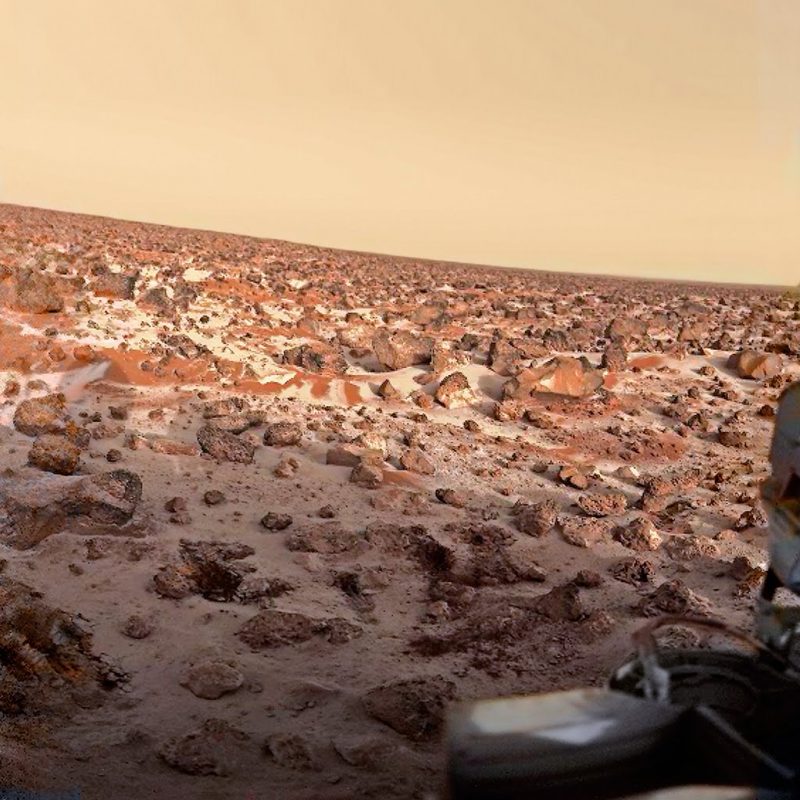 Water frost on Mars rocks and soil near the Viking 2 lander, May 18, 1979. Image via NASA/JPL/Ted Stryk/The Planetary Society.

Did NASA find evidence of life on Mars way back in the 1970s? That is a question that has been much debated for the past few decades, regarding the positive-yet-inconclusive results from the biology tests of the two Viking landers in 1976. Both landers reported positive results when the Martian soil was tested for the possible presence of microbes, but now, most scientists have concluded that those results were caused by unusual chemistry in the soil, not life.

But not all scientists. Gilbert Levin, who was the principal investigator for the Labeled Release (LR) life detection experiment for both landers, still maintains that Viking really did discover life in the red sands of Mars after all. He outlined his stance in an opinion piece in Scientific American on October 10, 2019.

As Levin noted, both landers sent back positive results for the detection of microbial respiration:

On July 30, 1976, the LR returned its initial results from Mars. Amazingly, they were positive. As the experiment progressed, a total of four positive results, supported by five varied controls, streamed down from the twin Viking spacecraft landed some 4,000 miles apart. The data curves signaled the detection of microbial respiration on the Red Planet. The curves from Mars were similar to those produced by LR tests of soils on Earth. It seemed we had answered that ultimate question.

The experiments seemed to be saying that there were living, breathing microbes in the Martian soil. But there was one big problem: neither lander had found organics in the soil, which any life would be made of and without which you couldn’t have life at all.

Viking 1 with its sampling arm in the foreground and deep trenches dug into the soil. Experiments on the lander – as well as on Viking 2 – seemed to indicate the presence of Martian microbes in the soil. Image via NASA/Roel van der Hoorn/Forbes.

There were three experiments on each lander, including LR, that tested for life:

The Gas Chromatograph – Mass Spectrometer (GCMS), which would heat the soil to varying temperatures and measure the molecules that turned into a gaseous form, capable of measuring a huge variety of molecular compounds down to densities of a few parts-per-billion.

The Gas Exchange (GEX) experiment took an incubated sample of Mars soil and replaced the Martian atmosphere with helium, an inert gas. They then applied both nutrients and water, and looked for signatures of biological activity: absorption or emission of oxygen, carbon dioxide, nitrogen, hydrogen and methane.

The consensus from most scientists in the years since then has been that there was something in the soil mimicking life, but it wasn’t life itself. As a result, none of the following missions over the next few decades carried any life detection experiments like Viking did. Instead, they have focused on past habitability, whether or not Mars could have supported life in the past. That has been an unpopular strategy for many people, as it seemed that NASA was abandoning any actual additional search for life on Mars. 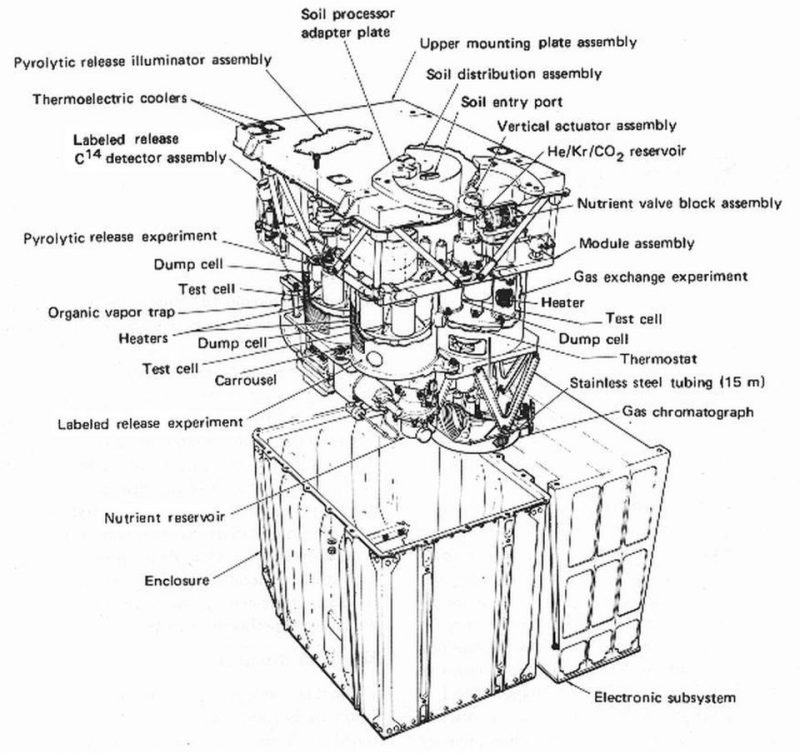 The complete biological experiment package, identical for each lander. Image via NASA/Forbes.

The LR experiment had been quite simple: moistening samples of soil with a special nutrient “broth”and seeing if it was consumed by any microbes; it was designed to detect and monitor the metabolism of any microbes present. The nutrients were tagged with radioactive carbon. The LR experiment was sensitive to very low populations of microbes, and each run of the experiment lasted for seven days. Comparison with similar test on Earth seemed to support the biological interpretation of the results, as Levin explained:

The Viking LR sought to detect and monitor ongoing metabolism, a very simple and fail-proof indicator of living microorganisms. Several thousand runs were made, both before and after Viking, with terrestrial soils and microbial cultures, both in the laboratory and in extreme natural environments. No false positive or false negative result was ever obtained. This strongly supports the reliability of the LR Mars data, even though their interpretation is debated.

In the years since Viking, perchlorate salts had been found in the Martian soil, which have been suggested as an explanation for the lack of organics seen by Viking, since they can destroy organics. But more recently, organics have now been found in Martian rocks by the Curiosity rover, both simple ones and others a bit more complex. Some of them also hint at having come from previously more complex organic molecules, but Curiosity isn’t equipped to determine whether these have a biological origin or not. 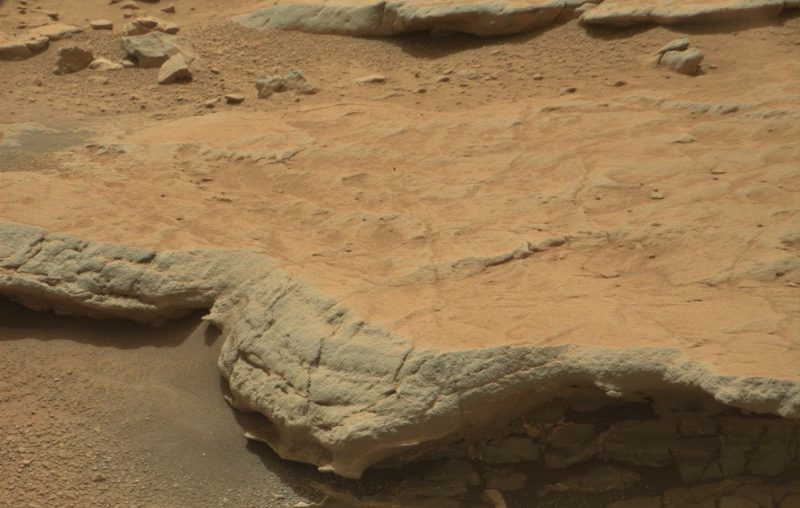 In summary, we have: positive results from a widely-used microbiological test; supportive responses from strong and varied controls; duplication of the LR results at each of the two Viking sites; replication of the experiment at the two sites; and the failure over 43 years of any experiment or theory to provide a definitive nonbiological explanation of the Viking LR results.

The Viking LR results will probably still be in dispute for years to come, especially if an updated version of the experiment isn’t sent back to Mars in the near future. The lack of any follow-up experiments in the years since has been disappointing, but it seems that NASA is now starting to take the possibility of life on Mars seriously again, even if incrementally. The Mars 2020 rover, due to launch next year and land in 2021, will look for evidence of life as its prime mission, but will focus on past life, not current biology. That may not be as ambitious as many people would like, but it’s a step in the right direction.

Apart from the organics, other, more recent findings on Mars would also seem to support at least the possibility that microbes really were present in the soil samples that Viking analyzed. These include the existence of methane, found and documented by the Curiosity rover, orbiters and telescopes on Earth. We don’t yet know the origin of the Martian methane, but on Earth at least, it comes primarily from microbes (and cows!), as well as other geological processes. Curiosity also came across rock formations in the Yellowknife Bay region of Gale Crater that resemble stromatolites or microbial mats on Earth, which are produced by microorganisms. The finding was the subject of an extensive analysis by Nora Noffke at Old Dominion University. On a similar note, the Spirit rover found silica formations that resemble those created by microorganisms in hot spring environments. 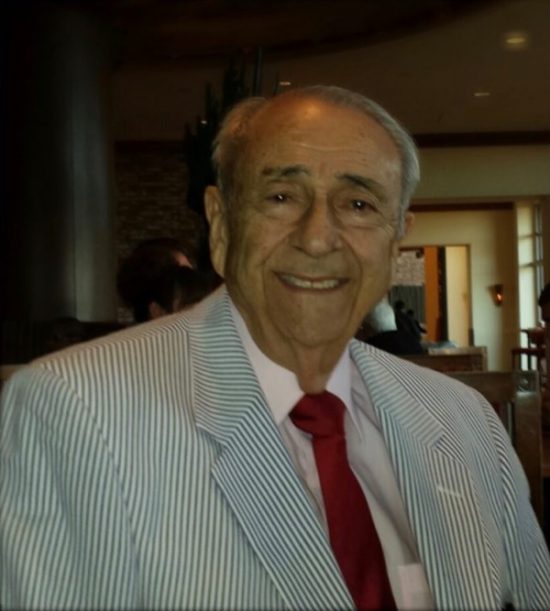 None of these have been proven to be evidence of life yet, but they are tantalizing. Plus there are the findings from multiple rovers, landers and orbiters that continue to show that Mars once had a much more habitable environment than it does now, with rivers, lakes and maybe even an ocean.

There is also new evidence for subsurface water still existing on Mars today, including below the south polar ice cap and perhaps even in a global reservoir. That would, of course, have direct implications for the possibility of life – at least microbial – on Mars today.

Levin listed other possible positive clues to life on Mars as well, in his article.

While life on Mars, either past or present, still hasn’t been proven, the work of Gilbert Levin and other discoveries keep bringing us closer to the point when we may know for sure.

More information about Levin’s work is available on his website.

Bottom line: Gilbert Levin, the principal investigator for the Labeled Release (LR) life detection experiments on the Viking landers on Mars in the 1970s, still maintains that they really did find evidence of current microbial life in Martian soil.