Origami-inspired habitats for the moon and Mars

An innovative plan by the EuroMoonMars project uses Japanese origami – the art of folding paper into interesting shapes – to design and develop habitats for future human space explorers. 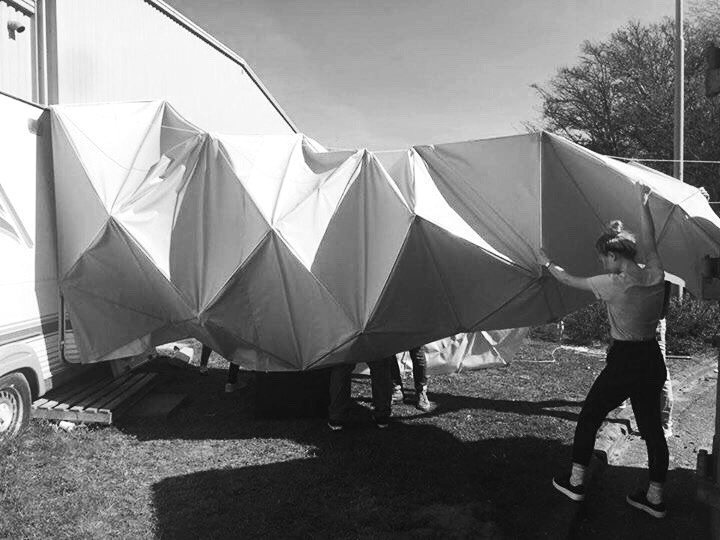 This origami entrance tunnel prototype was deployed and tested in extreme conditions on April 20, 2018, during the EuroMoonMars 2018 simulation at ESA–ESTEC. Image via Anna Sitnikova/EuroPlanet.

Human habitation of the moon and Mars might still seem like a far-off dream, but visionaries are already taking incremental steps toward that goal. One such initiative comes from the EuroMoonMars project, which has just completed field tests of a prototype for human habitats and research stations, whose design is based on Japanese origami.

You’ve seen origami? It’s the art of paper folding, with the goal of folding a flat square sheet of paper into a finished sculpture, such as the ever-popular paper crane. Although most often associated with Japanese culture, there’ve been similar paper-folding traditions in Europe and China. 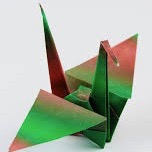 How to fold a paper crane, via WikiHow

And, one day, there might be structures on the moon or Mars based on paper-folding techniques. The EuroMoonMars project prototype uses a combination of origami and smart textiles. Anna Sitnikova presented the concept at last month’s European Planetary Science Congress 2018 (September 16-21, 2018) in Berlin.

The structures are designed specifically for unearthly environments such as those found on the moon and Mars. As explained by Sitnikova:

Origami structures made of textiles can be unfolded into a myriad of different shapes. They are lightweight. They can be easily deployed and re-used in different configurations and sizes for flexible spatial usage. Structures remain functional in changing circumstances, thereby extending their useable lifespan. 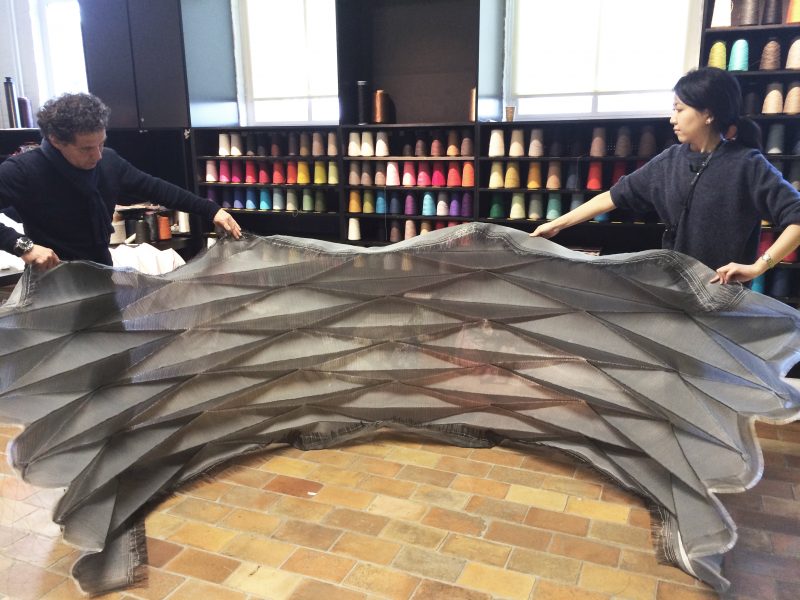 The origami structure is combined with digital weaving processes to sculpt complex forms. The designers say these forms are compact to transport and easy to deploy through inflatable, pop-up or robotic mechanisms. They say they’re ideally suited for environments with little or no atmosphere, like the moon and Mars. And they claim the structures can also reduce the risk of meteorite damage by using angled facets so that incoming micrometeorites are less likely hit surfaces at 90 degrees. This dissipates the energy of potential impacts and significantly reduces the risk of penetration.

What’s more, the shape-shifting material has solar panels embedded in it which can follow the sun throughout the day.

And it has transparent and opaque facets which can change direction to alter internal lighting and climate conditions in the habitats.

The first tests of a prototype entrance tunnel were conducted in April 2018 during the EuroMoonMars simulation at the European Space Agency’s ESTEC facility; ESTEC is another partner in the project. The next tests, scheduled for 2019, will go farther. In June, the IGLUNA project, led by the Swiss Space Center, will conduct tests of an origami habitat in the glacier above Zermatt in Switzerland. In September, the team will travel to Iceland to test inside a lava-tube cave system. According to Sitnikova:

We’ve just returned from a scouting trip and have selected the cave systems of Stefanshellir and Surtshellir, which has large galleries and a very elaborate tunnel system. We are provisionally looking at setting up a small habitat, implementing knowledge from previous demonstrations of our origami tunnel and woven domes.

Origami for space architecture promotes cross-disciplinary approaches and applications, providing state-of-the-art production and design methods. Habitats enhanced by such structures are temporal and alive as they are able to transform and redefine themselves in resonance with human and environmental factors. 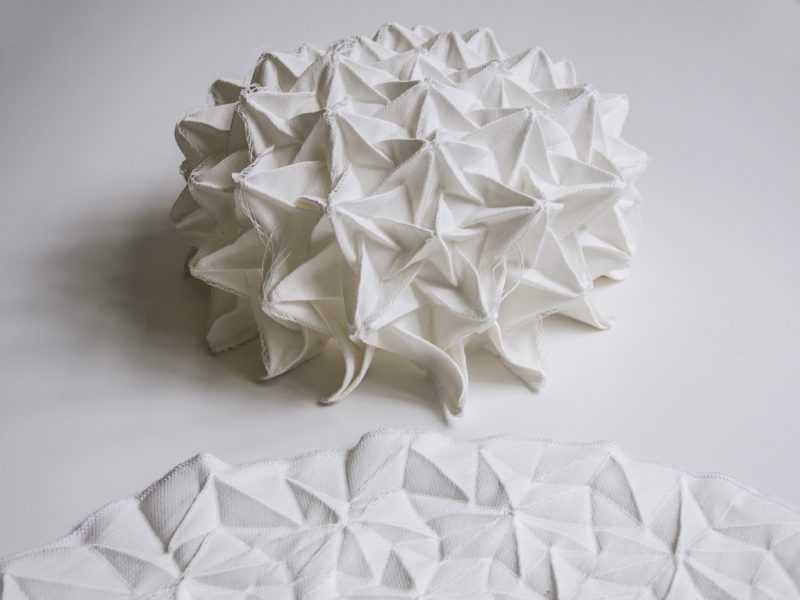 A complex woven and self-supported origami dome created from a single sheet of fabric and a woven self-supporting arc. Image via Samira Boon studio. 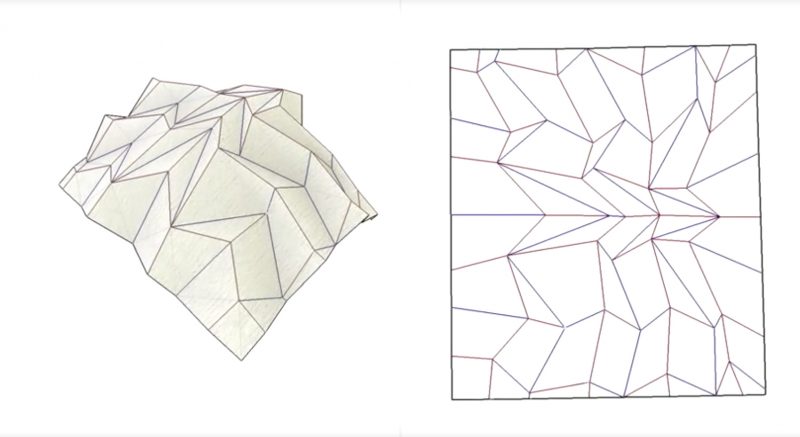 The freeform Origami Software, by collaborator Tomohiro Tachi, allows the team to sculpt or generate complex origami forms while altering the crease pattern of the model. Image via Tomohiro Tachi.

The next major objective of the project is to design a self-deployable origami habitat. Such “smart” habitats will be needed when a habitat or base is eventually set up on the moon – and later, Mars.

Bottom line: Origami, the elegant Japanese art of paper folding, is now being used in futuristic designs for human habitats on the moon and Mars. It’s an excellent example of blending old techniques with new ideas, and shows the kinds of creative thinking needed if humans are ever to inhabit other worlds.