Uranus is an oddball planet in our solar system. It’s the only planet that rotates almost completely on its side, with respect to the flat plane in which the planets travel around our sun. Its sideways rotation is thought to be due to an ancient collision with another large body, a few billion years ago. In late March 2020, NASA announced that an analysis of data sent back by Voyager 2 – way back in 1986 – has revealed another intriguing secret about this ice giant world: the planet’s huge magnetic field appears to be siphoning its atmosphere off into space.

The finding was is based on a peer-reviewed paper first published in Geophysical Research Letters on August 9, 2019.

Voyager 2 conducted the first – and so far only – close flyby of Uranus on January 24, 1986, coming within 50,600 miles (81,433 km) of the ice giant’s cloud tops. The spacecraft made a number of important discoveries, including 11 new moons and two rings. It confirmed that temperatures on this distant world are bitterly cold, at minus 353 degrees Fahrenheit (minus 214 degrees Celsius).

The Voyager 2 data on Uranus – the only data on Uranus collected so far by a spacecraft – has kept scientists busy for decades. This newest research shows that, unknown at the time, that Voyager 2 flew through a giant magnetic bubble called a plasmoid. That bubble is also causing Uranus’ atmosphere to slowly leak into space, according to the new study. 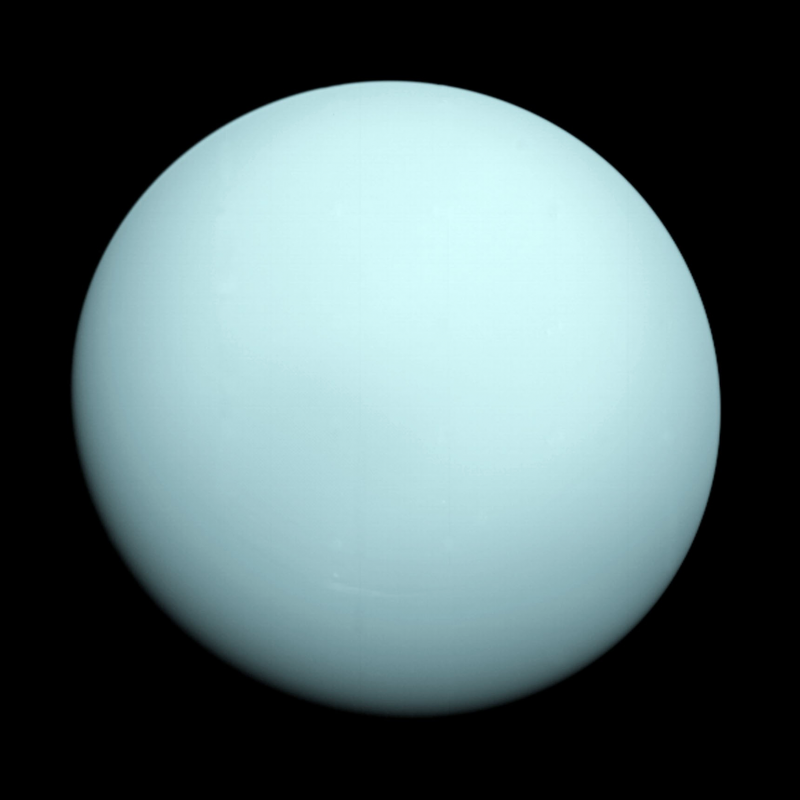 Planetary atmospheres do leak slowly into space, over periods of billions of years. Earth’s atmosphere is no exception. Mars is another great example, as explained by Gina DiBraccio, space physicist at NASA’s Goddard Space Flight Center in a statement:

Mars used to be a wet planet with a thick atmosphere. It evolved over time to become the dry planet we see today.

These scientists said that a planet’s magnetic field has a lot of impact on how easily, or not, its atmosphere is able to escape. A strong magnetic field can either protect the atmosphere or actually enhance the escape process when different magnetic field lines become entangled with each other. But as Voyager 2 found, Uranus’ magnetic field was unique, weird even. According to DiBraccio:

The structure, the way that it moves … Uranus is really on its own.

Magnetometer data from Voyager 2’s flyby of Uranus in 1986. The zig-zag feature is where the spacecraft flew through a plasmoid. Image via NASA/ Dan Gershman.

So just what makes Uranus’ magnetic field so unusual?

It has to do with that sideways spin of Uranus on its axis, mentioned at the top of this post. As Uranus rotates – once about every 17 Earth-hours – the axis of its magnetic field points away from the axis of the planet itself by about 60 degrees. This causes the magnetic field to wobble, the scientists said, like a badly thrown football. DiBraccio was intrigued by this and, along with co-author Dan Gershman, took a closer look at the data from Voyager 2.

Voyager 2’s magnetometer readings would hold the clues leading to the scientists’ discovery. When the researchers zoomed into the readings, plotting a new datapoint every 1.92 seconds, they found something interesting: a small zig-zag on the graph in an otherwise smoother line. Gershman asked DiBraccio:

Do you think that could be … a plasmoid?

Plasmoids are huge bubbles of plasma – electrified gas – that are pinched off the end of a planet’s magnetotail. The magnetotail is part of the planetary magnetic field, blown back by the solar wind from the sun, kind of like a windsock. As plasmoids are pinched off and escape into space, they take ions from the atmosphere with them. This can even change the composition of the atmosphere. Earth has a magnetotail, as do some other planets, but it wasn’t known if Uranus did … until now.

But was this squiggle on the graph really a plasmoid? As DiBraccio concluded:

I think it definitely is.

The results showed that not only did Uranus have plasmoids, but that Voyager 2 actually flew right through one. It was a brief encounter, accounting for only 60 seconds of the 45 hours that the spacecraft was in encounter mode with Uranus. It might have just been a blip on the graph, but as Gershman noted, it had a real, defined shape to it:

But if you plotted it in 3D, it would look like a cylinder.

Further analysis of the data showed that the plasmoid was approximately 127,000 miles (204,000 km) long, and about 250,000 miles (400,000 km) across. This plasmoid was also different from some others; it had smooth, closed magnetic loops instead of a twisted internal magnetic field. This was a big clue pointing to how Uranus’ atmosphere leaks into space. These types of looped plasmoids  tend to form when bits of a planet’s atmosphere are siphoned off into space. According to Gershman:

Centrifugal forces take over, and the plasmoid pinches off.

The researchers estimate that anywhere from 15% to 50% of Uranus’ atmosphere could have been lost to space this way. That’s more than even Jupiter or Saturn. Unfortunately, the observations from Voyager 2 are the only close-up ones we have so far, so it’s hard to tell just how much Uranus’ atmosphere has been affected over its history. 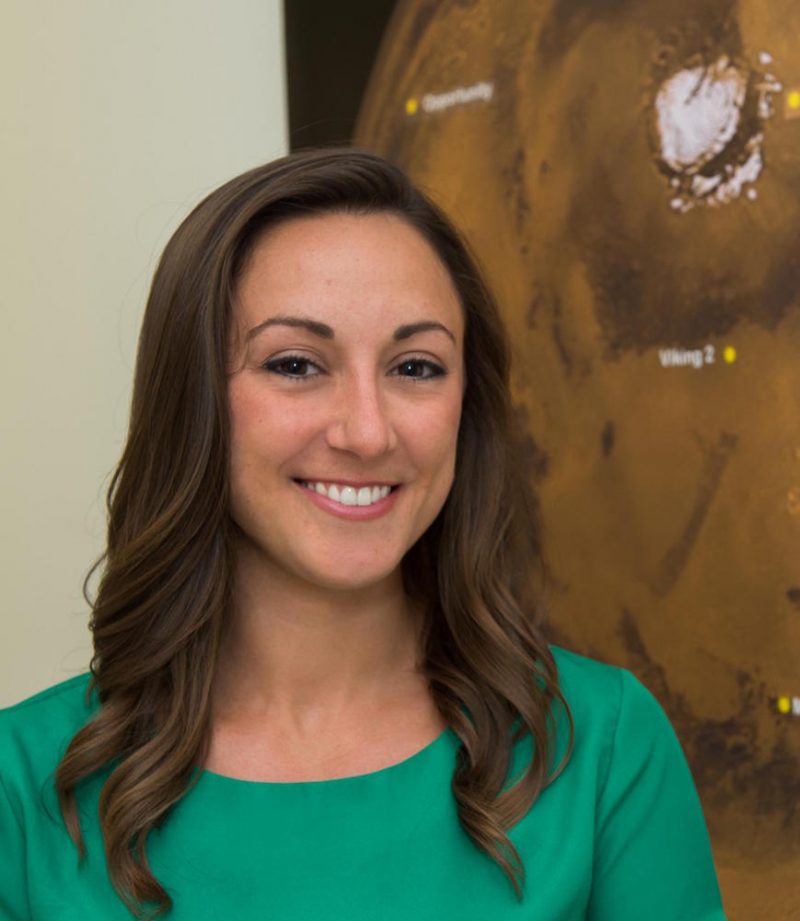 Gina DiBraccio at NASA’s Goddard Space Flight Center (GSFC), one of the authors of the new paper. Image via GSFC.

Imagine if one spacecraft just flew through this room and tried to characterize the entire Earth. Obviously it’s not going to show you anything about what the Sahara or Antarctica is like. It’s why I love planetary science. You’re always going somewhere you don’t really know.

New missions to both Uranus and Neptune are being proposed, although they’re still only in the earliest stages, the proposal stages, right now. Only with new space missions can we learn more about just how Uranus’ magnetic field is affecting its atmosphere, and study its rings and moons in much more detail. And could the same kind of magnetic field and atmosphere interaction also be happening at Neptune, the other ice giant in our solar system? Uranus and Neptune appear similar at first glance, although they do have distinct differences, as well.

Seeing these two worlds up close again for the first time in decades would be an epic adventure.

Bottom line: Researchers looking at old data about Uranus from Voyager 2 have found evidence that plasmoids are slowly causing the planet’s atmosphere to leak into space.