Send your thoughts and images to asteroid Bennu 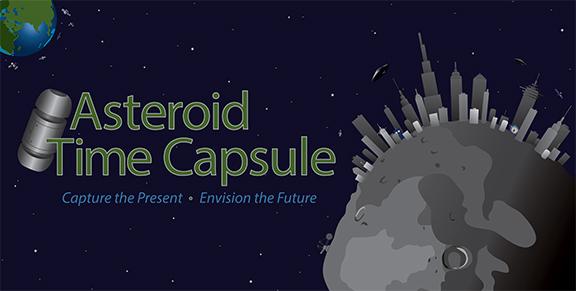 NASA’s OSIRIS-REx mission and The Planetary Society announced today (September 3, 2014) that you are invited to use Twitter and Instagram to submit your images and ideas on the future of space exploration and communication, for a round-trip ride to asteroid Bennu. Your work will hitch a ride to the asteroid, spend 500 days there, and return in the Sample Return Capsule to Earth in 2023.

Plus your name will be on the spacecraft, which will remain in space long after returning the sample return capsule to Earth.

Topics for submissions by the public should be about solar system exploration in 2014 and predictions for space exploration activities in 2023. The mission team will choose 50 tweets and 50 images to be placed in the capsule. Messages can be submitted Sept. 2 – 30, 2014.

– Think about what we are doing in solar system exploration in 2014 and what we might be doing in 2023,

The OSIRIS-REx mission – short for Origins-Spectral Interpretation-Resource Identification-Security-Regolith Explorer – will launch in 2016. It’ll rendezvous with asteroid Bennu in 2019, collect a sample and return the cache in a capsule to Earth in 2023 for detailed study. The robotic mission will spend more than two years at the 1,760-foot (500-meter)-wide asteroid and return a minimum of 2 ounces (60 grams) of its surface material, along with the chosen public messages from social media.

Bottom line: NASA is inviting the public to use Twitter or Instagram to predict how we’ll communicate in a decade, and where we’ll be in the solar system. Messages go in a time capsule aboard an asteroid sample return mission. The mission to asteroid Bennu launches in 2016 and rendezvous with the asteroid in 2019. Messages will be returned to Earth in 2023.

Thank you! Your submission has been received!
Oops! Something went wrong while submitting the form.
END_OF_DOCUMENT_TOKEN_TO_BE_REPLACED