This date in science: First space shuttle docking with ISS

Posted by Elizabeth Howell and Deborah Byrd in Space | May 29, 2013

On May 29, 1999, the Discovery space shuttle became the first to dock with ISS. But the first image of a shuttle docked with ISS took 12 more years.

May 29, 1999. The space shuttle Discovery became the first in the shuttle fleet to dock with the with the International Space Station (ISS) on today’s date in 1999. The ISS – today described by American prime contractor Boeing as the “largest, most complex scientific project ever undertaken” – spanned the size of a football field when it was completed in 2011. In 1999, though, the station consisted of only two bare modules, called Zarya and Unity. One of major tasks of the shuttle Discovery’s crew was to transfer more than 1.5 tons of equipment to the inside of ISS. 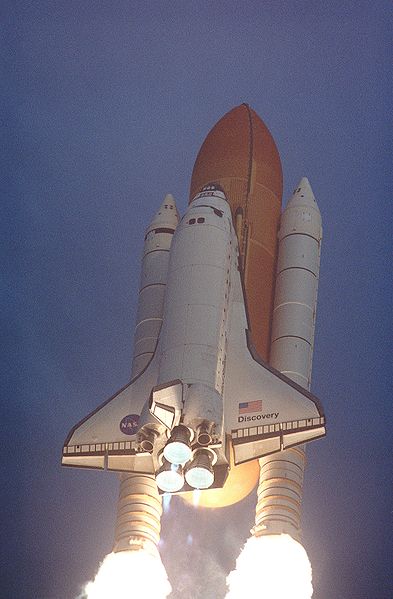 Space shuttle Discovery – mission STS-96 – at launch on May 27, 1999. This shuttle became the first to dock with ISS. Image via NASA. 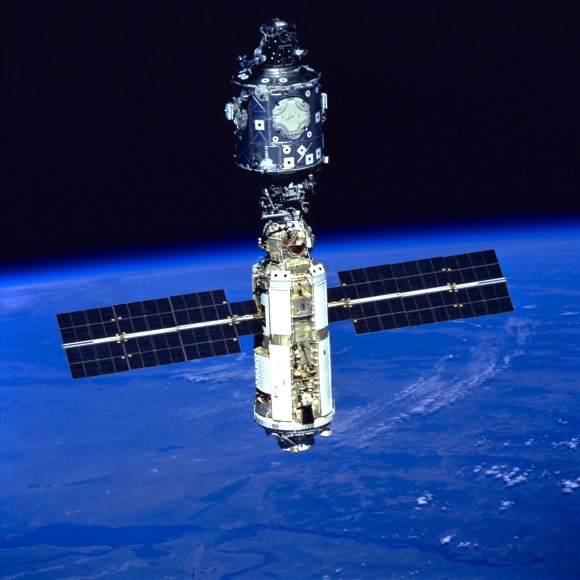 A snapshot of the International Space Station after the STS-96 crew left it in 1999. Image credit: NASA

Additionally, shuttle astronauts undertook what was then the second-longest spacewalk ever performed. While outside for seven hours and 55 minutes, Tamara E. Jernigan and Daniel T. Barry attached two cranes to the station and put out foot restraints for future astronauts to secure themselves during spacewalks.

Although shuttles docked routinely with ISS after that, NASA did not release a photo of a shuttle-ISS docking until 2011. In May of that year, space shuttle Endeavour was docked at the ISS, when the Soyuz TMA-20 left it. Crew member Paolo Nespoli snapped a shot from an altitude of approximately 200 miles (300 km) as he and Russian cosmonaut Dmitry Kondratyev and NASA astronaut Cady Coleman headed back to Earth. That image is below. 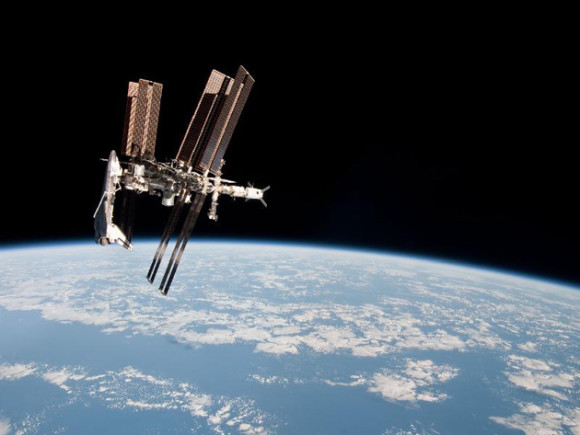 First-ever image of a space shuttle docked at the International Space Station. This is the shuttle Endeavour, and the year is 2011. Italian astronaut Paolo Nespoli snapped the image as he and others departed ISS. Image via NASA.