The 1st intentional radio message to space was sent via Arecibo

Iconic Arecibo telescope is now slated for decommissioning. But its multi-faceted legacy will live on. In 1974, for example, Arecibo sent earthlings’ first intentional message to the cosmos. 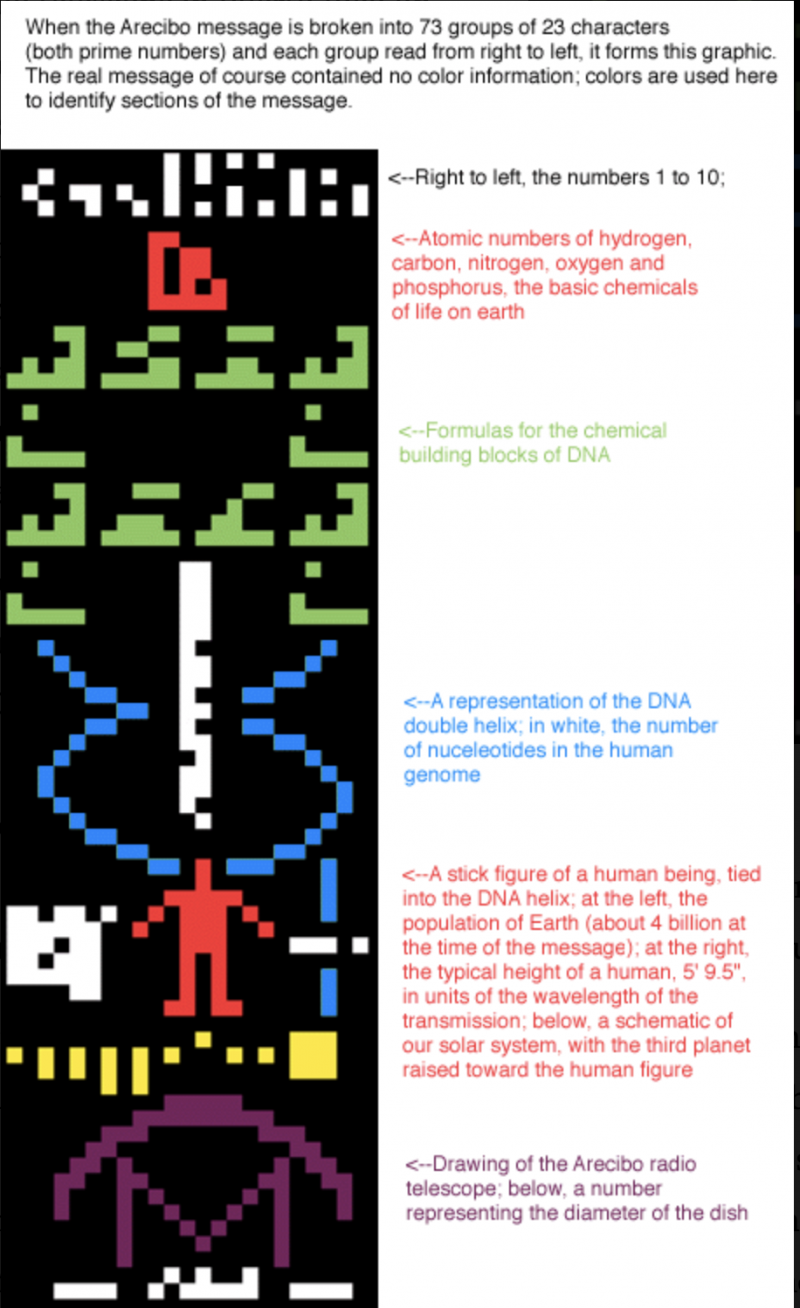 On November 16, 1974, the Arecibo telescope in Puerto Rico was used to send the most powerful broadcast ever deliberately sent into space, with the intention of contacting alien life. The broadcast formed part of the ceremonies held to mark a major upgrade to the radio telescope. Some applauded this event as a mind-expanding attempt to remind people in 1974 that Earth is likely not the only planet where an intelligent civilization has evolved. At the time, others expressed concern. They felt we shouldn’t be attempting to reveal Earth’s location in space to unknown alien civilizations.

Designed by Cornell astronomy professor Frank Drake with input from other scientists including Carl Sagan, the broadcast itself was simple and elegant. It consisted of a pattern of binary numbers. This message contained information about the basic chemicals of life, the structure of DNA, Earth’s place in our solar system and even a stick figure of a human. 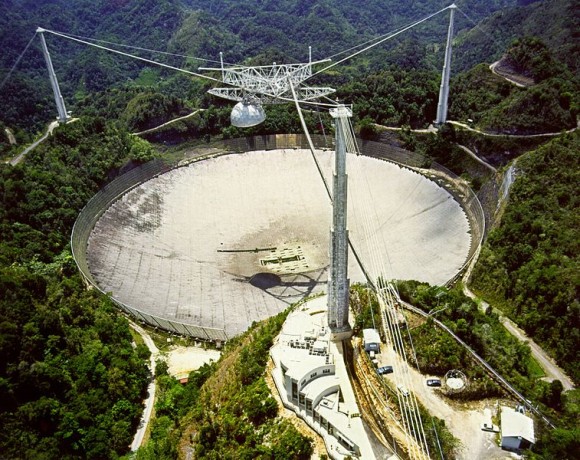 It took three minutes to send 1,679 bits of information, a snail’s pace compared to modern computer modems. According to the SETI Institute:

The broadcast was particularly powerful because it used Arecibo’s megawatt transmitter attached to its 305 meter (1,000 foot) antenna. The latter concentrates the transmitter energy by beaming it into a very small patch of sky. The emission was equivalent to a 20 trillion watt omnidirectional broadcast, and would be detectable by a SETI experiment just about anywhere in the galaxy, assuming a receiving antenna similar in size to Arecibo’s.

The 1974 signal went out in the direction of M13, a globular star cluster orbiting the center of our Milky Way galaxy. It was chosen mainly because it’s a large collection of stars that was available in the sky at the time and place of the ceremony

Globular star clusters are very far away. M13 is about 23,000 light-years from Earth.

The Arecibo message as sent 1974 from the Arecibo Observatory. Via Wikimedia Commons. Click here for more explanation of each part of the message.

Bottom line: The first radio signal intentionally sent to space with the idea of contacting alien life – on November 16, 1974 – was beamed outward from the Arecibo radio telescope in Puerto Rico. What do you think? Should we be advertising our presence in space?